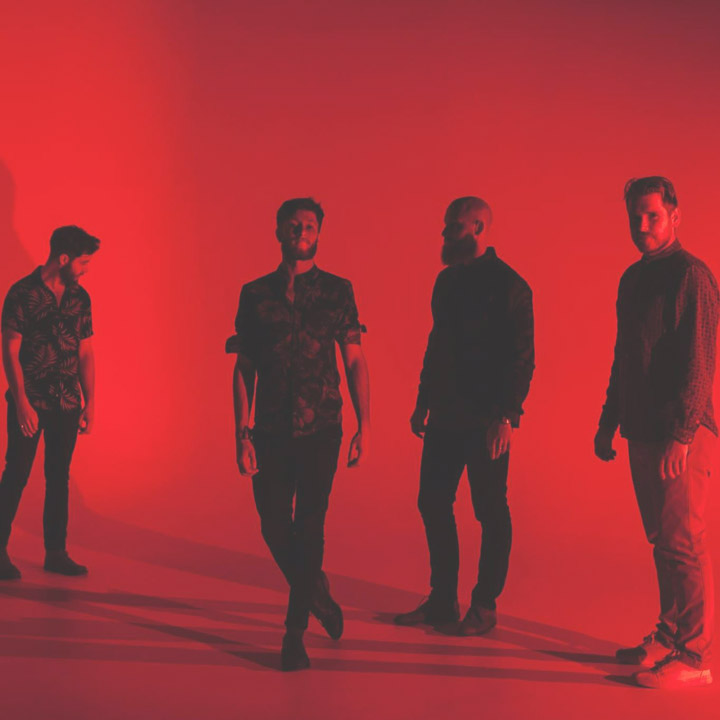 Giant Party are a soul-splashed four piece based in London Town. On 18th August they release their self-titled debut EP via Label Fandango. The EP release includes the singles "Ambulances" and an extended version of "Tongue Tied Lightning" both tracks have a cool, slinky, subtle funk feel to them, which is casually reminiscent of Blood Orange and Twin Shadow. The EP has a diverse feel to it with melody rich tracks like "Nighttalk and Kisses" being a dark synth hugging nod to the likes of LCD Soundsystem and recent Wild Beasts releases.

For Giant Party have perfected a sound which is living in the '80s but also alive to the thrilling pan-generic possibilities of the modern age. The live show is a smoothly genteel riot of fluorescent lights and fluid, lithe grooves, embodied by a guitarist throwing around a Spandau Ballet fringe and a singer rolling around the stage amidst the shocking pinks and luminous lime greens. Far from any throwback tribute act however, Giant Party behave like an already-excellent alt.rock band who have just discovered the silky delights of "Top Of The Pops" circa 1982. It's a live show that takes the audience a journey, a journey where you never quite know what is around the next corner.

It's been a knowingly nonchalant development thus far: last October Giant Party snuck out "Where Have You Been?," a do-it-yourself release which DIY Mag compared to Wild Beasts and Field Music while opining: "There's a constant threat that something sinister lurks around the corner -- always a bonus in the stakes of a crafty, creepy pop song." To promote previous springtime Label Fandango single "Ambulances" they headlined The Old Blue Last in April and played The Great Escape festival in May, packing out both venues with their hectic live show, shocking pinks and all. The single was also championed by Elton John on his Beats 1 Rocket Hour show. Their second single "Tongue Tied Lightning" followed and was premiered by Noisey on 5th July, while picking up radio play on Virgin and BBC Introducing.