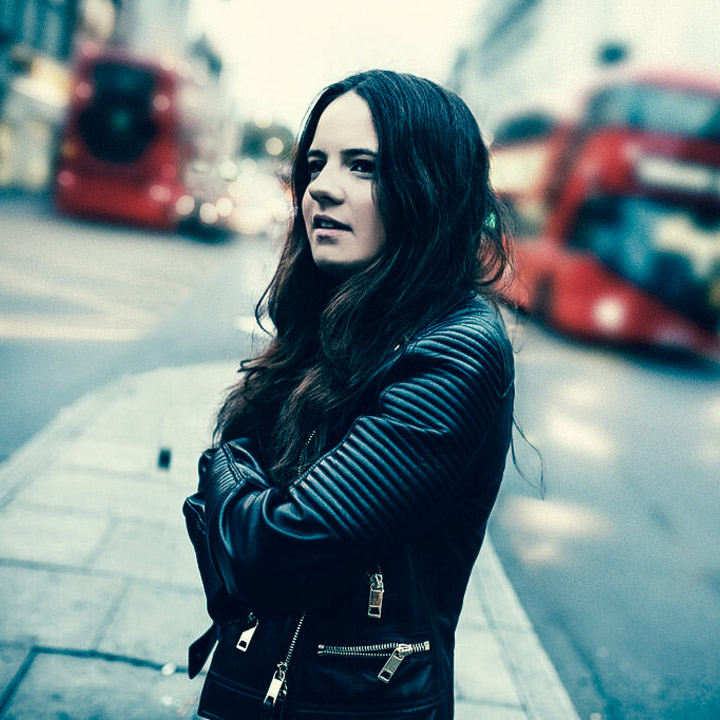 Mansfield troubadour Georgie makes a welcome return with her new single 'Too Much TV' on February 16th. Taken from the EP of the same title which will be released a month later on March 16th, that will feature three brand new songs, highlighting her rich, powerful vocals and deft songwriting. 'Too Much TV' will be released alongside 'Be The Fire' and Mathew E white produced live favourite 'Wildcat.' Georgie will support Jake Bugg across all of his upcoming UK and European dates.

Speaking about 'Too Much TV' Georgie explains; "I'm excited to get this song out as it means a lot to me. I was inspired by my personal life and also by society and how it feels that we should all conform and belong to something, when actually doing that can make us feel very lost so we just gotta be ourselves. "

Not always destined for a life in music, Georgie had a promising career in professional football looming ahead of her, but the sudden discovery of a guitar and her uncle's record collection whisked her off the pitch and into her bedroom to hone her musical craft. She quickly mastered the art of blagging her way into pubs underage in order to play open mic nights, and it wasn't long before her rich soulful voice and honest, reflective songwriting had earned her local notoriety -- after one pub crowd demanded a fourth set from her in a single evening, she failed the next day's history GCSE exam due to the exhaustion. It wasn't too long before her relentless graft paid off when her music caught the attention of local hero Jake Bugg, who took her with him on an intimate UK support tour.

Since then she has fulfilled support duties for stars ranging from Blossoms to Jack Savoretti, and was flown out to Virginia, USA to record her debut single 'Company Of Thieves' with the legendary Matthew E White and his Spacebomb house band. Blending her British Grit with such an accomplished American Soul band resulted in a truly spellbinding single that earned Georgie spots on a whole host of watch lists for 2017.

'Company of Thieves' attracted the attention of several songwriters who requested to work with her. Eg White, Amy Wadge, Iain Archer, Jonny Wright and Fred Cox have been frequent collaborators in 2017 resulting in over twenty new songs that are earmarked for release. Following the release of 'Hard Times' and 'This Ain't Heaven' in the autumn of 2017 and a successful UK tour, Georgie is definitely one to watch in 2018.