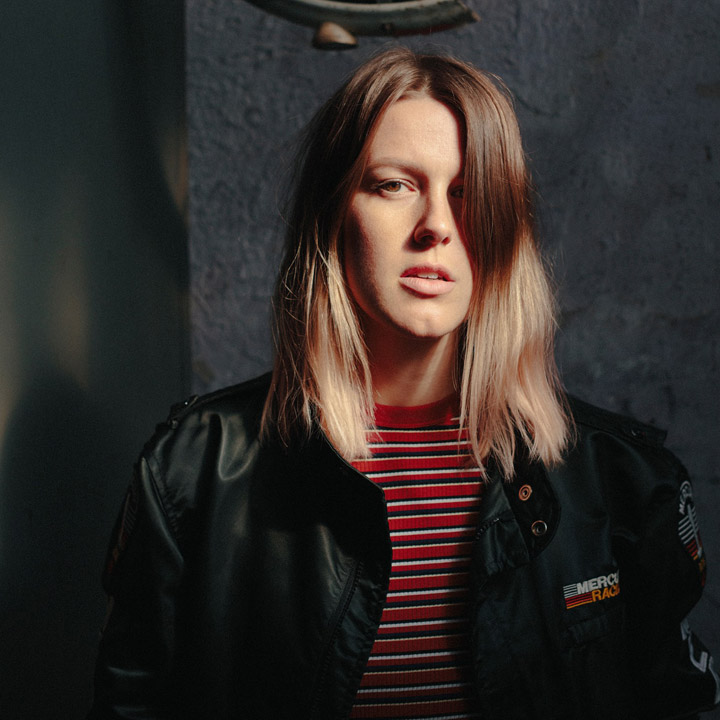 For the millions of people who have already been introduced to Gabrielle Shonk via ‘Habit’ – her instantly arresting first single - the immediate impression is of a new voice arriving so fully formed, so polished and powerful, one can only ask ‘where has she come from?’

Raised in Quebec City, Gabrielle Shonk is the natural product of a creative household, with a blues-musician father and artist mother. Shonk has been singing since anyone can remember and started writing her own songs as a teenager, Aretha Franklin and Marvin Gaye providing soulful guidance, Joni Mitchell, Bob Dylan, and Tracy Chapman teaching subject matter, and The Beatles impressing melody. The craft took hold and she went on to studying Jazz and earning a degree in music.

Putting her education to practical application, Shonk honed these skills paying her dues on the club circuit around Quebec City. “Jazz works with a palette of colours which heighten the emotional content of a song,” she observes. Billie Holiday and Chet Baker have in particular influenced much of Shonk’s thinking on the technical aspects of music and, while performing the standards elevated her vocal chops, writing her own, original material brought her into sync with her muse – a heady blend of soul-infused folk where melody shines atop a lively groove.

“Music inspires me to make music…sometimes the sound of a guitar on a recording inspires me to write a song,” declares Shonk, who views herself primarily as a composer of melodies. “Before chords or lyrics, I begin with melody.”

Once a song has started to take shape, the further arrangement and recording becomes a collaborative process. “I like to come up with the first idea of a song, so I can relate personally to the root sentiment…but then I enjoy the co-writing process with others – that’s where I find my own voice, if that makes sense. Being taken out of your habits reveals something fresh and unexpected.”

Assembling the songs for her first album has been a patient process, taking songs written ages ago or just the other day, polishing some and breaking others apart to reassemble pieces in other forms. The results offer a broad spectrum of sonics, from gossamer to guttural, celestial crossings to barroom stompers. While there couldn’t be declared one overarching theme, the common thread is the personal link Gabrielle Shonk has to each. “These are stamps from different times in my life, some of which I’ve carried for years."

Although now on the eve of release, she admits to listening to the album only occasionally, to revisit the ideas as they were expressed in that moment of writing or recording. Performing the songs live “closes the loop” on the process. “Playing live is the thing that keeps me grounded, reminds me why I’m doing this. I like the mix of the ‘one shot’ to execute the song, communicate with both your fellow on-stage musicians and the audience. To have made an impact, if only for four minutes, is gratifying.” That gratitude is genuine – Shonk brims with confidence but takes nothing for granted.

“When ‘Habit’ was released, I was curious to see how it would go. At first, there was ‘radio silence’ and I wasn’t certain there would be a response. My friends were confident it would be a smash but I didn’t subscribe to placing expectations, reminding everyone (and myself) that there was no pressure – it was nonetheless a relief when the reaction began to grow and was so positive. When I would awake in the morning to read messages from fans who had taken the time to write to me, telling me about the impact the song had on them…”

Singing in both English and French, music being a universal language, Shonk aims from the heart straight to the heart. She insists that music informs all aspects of her life and she is above all a music fan. Asked to name some of her current musical preoccupations, she cites Kurt Vile, Mac DeMarco, Amy Winehouse, Adele, and Feist. “Feist has provided the soundtrack of my adult life. I’ve seen her four or five times live and to see how free she is on stage…how she invites the audience to be free themselves…so beautiful, authentic, contagious.”

Gabrielle Shonk’s own touring radius has been expanding in this last year and her album’s release will not pause at any borders. The world awaits and Shonk is eager to take each forward step. “I’ve been waiting seemingly forever to release my first album…but I haven’t been waiting around! It’s been a busy time and being an artist is so much more than writing the song. I’m learning more about everything that surrounds this art and enjoying being part of a larger community. I’ve got a few close artist friends and we can relate to the parallels of our experiences.”

It’s evident that Gabrielle Shonk is embracing the opportunities before her and is only sometimes thinking about “not messing it up.” She’s committed to following her instincts instead of obsessing over where she arrives. As she reasons it, “one can’t control what will happen, but you can make the journey fun and meaningful.”