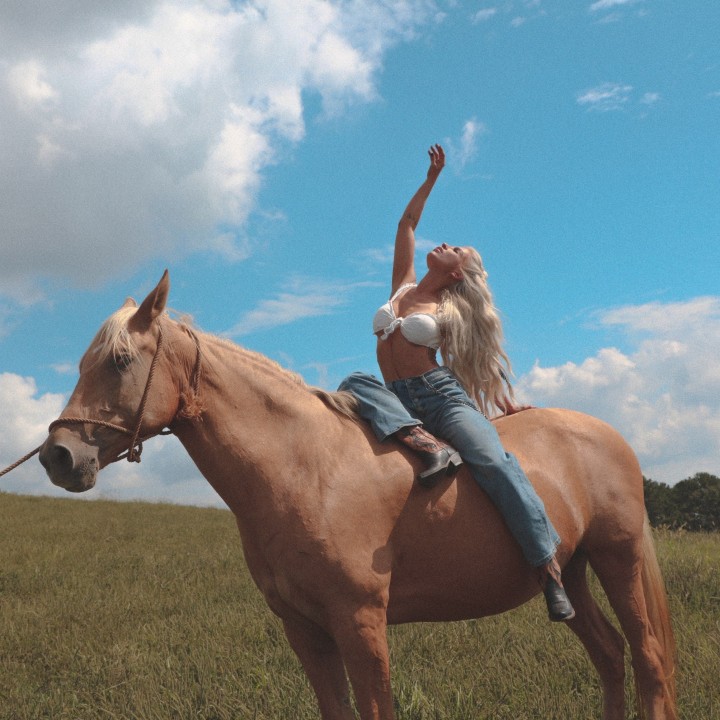 From a little town on the border of Arkansas and Oklahoma, Gabrielle Mooney seemed like any other girl. The daughter of a farmer, she would travel with the family band on Sundays, singing "He Leadeth Me" and, hours later, fall asleep on a church pew. But Gabrielle had a secret. "I've always been a rebel," she says, laughing.

Monday through Friday she was smuggling records from My Chemical Romance, Hinder, and Sick Puppies into the house. At 17, she joined a Southern rock band and traveled to dive bars in the Southeast. "Country music would talk about what I knew," she says, "but rock music would speak to who I was, the emotions and feelings."

After two long and arduous years of touring and a strained relationship with her parents, Gabrielle alongside younger brother Shay, from the Grammy award winning Dan + Shay, moved to Pittsburgh, Pennsylvania with hopes of finding a fresh start there. Her days were spent attending classes at a bible college, but her nights were spent following her true passion of performing music at various venues. "It made me tough, and it gave me the love of music," she says. "It's fun to tour. It's fun to be a musician."

With the encouragement from Shay, who had recently moved to Nashville, Gabrielle decided to pursue her career in Music City. As the years have gone one, Gabrielle has found a newfound sense of peace within the world of country music. "When I accepted who I am and where I'm from, then I loved country music, because it spoke about everything I grew up on -- riding four-wheelers and going to bonfires and being a mile from every neighbor we had," she says. "When I write country music, it's just me writing about my life."

In 2018, Gabrielle pulled inspiration from her early years, Gabrielle worked alongside Grammy Award-winning producer Shane McAnally and Walker Hayes to co-write Walker's 2018 single "90's Country." The story hits all the high notes from the country smashes of the decade in which she grew up. "People talk about old country, Merle Haggard and Johnny Cash, but I grew up on Tim McGraw, Kenny Chesney, Shania Twain, and Faith Hill," she says. "Walker and I were talking about the artists that inspired us to be country musicians, because all of them, at that time, were different from the old country. They were different, and now we're different."

Currently gearing up for the release of her self-penned debut single, "Come On In," Gabrielle brings to life the memories of her hometown and those closest to her in this deeply personal track. The catchy, upbeat melody allows her strong and captivating vocals to shine throughout. With this release, Gabrielle announces to both the world and country music that she's her own woman with her own influences, and the only one that will write that story is herself.