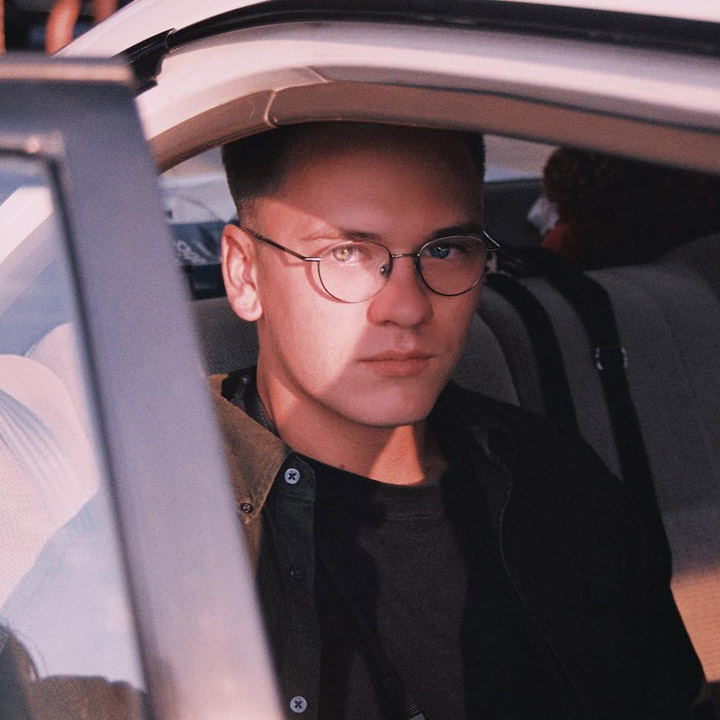 Simply put, ford. is personal. His music strikes you deeply and effectively. Put on any track from his critically acclaimed November 2018 debut album (The) Evening and find yourself instantly soothed, inspired, or even hypnotized. ford.’s music is an outlet to express himself and it’s a way to connect with others. Already amassing millions of streams and hundreds of thousands of monthly listeners over the course of two short years, ford. is a breakout talent apart of ODESZA’s Foreign Family Collective.

ford. makes a unique blend of indie influenced electronic music with plenty of lo-fi hip hop flourishes. The atmospheric and introspective music made by the burgeoning young talent ford., real name Luc Bradford, expresses an emotional depth that stretches well past this young man’s age. Wouldn’t say ford. is an old soul, but certainly a well-traveled one.

Born in France, raised in Germany, Switzerland and even as far as Singapore, ford. now digs himself into the United States for a year committing fully to his music and growth as an artist. ford.’s upbringing and travels around the world have been instrumental in shaping his musical perspective. Living and thriving amongst different cultures enabled Luc to connect and engage with new people and fresh ideas. This translates so smoothly into his songs that even the most passive of listeners can hear and feel an emotive connection resonating throughout his sound.

Where other artists may be careless, ford. stays as raw and transparent as he can be. He aims for a strong connection between his listeners on a deeper, more personal level. His initial forays into music came from a place of youthful yet inspiring heartache, but now ford. feels he’s got a clean slate to start a new phase in his musical career. ford. won’t be abandoning his nostalgia-infused style on upcoming tunes - but get excited for bright, upbeat, positive melodies that inspire and connect.

Fundamentally, ford. has a power to his sound. Guided by great moments and adventures from his own meaningful travels around the world, ford. puts all of himself into his sound in an effort to vividly invoke and inspire those same great, personal moments in his audience. His music is open, inviting, and it lacks the pretension of so many artists that strive too hard to be profound in their compositions. ford.’s music has a strength that moves you, transporting you back to a nostalgic moment of taking in a beautiful summer sunset with friends. Accessible, relatable with a little bit of something for everyone, the ford. sound and style is simple, but chock full of meaning. If you’re still on the fence, just put a ford. track on and you can almost feel the warm summer wind blowing pleasantly through your hair.

This year, you can expect an immersive ford. show lush with fresh, live visuals to connect friends and family. There’s no better way to bring people together than a top notch, but simply executed ford. set.