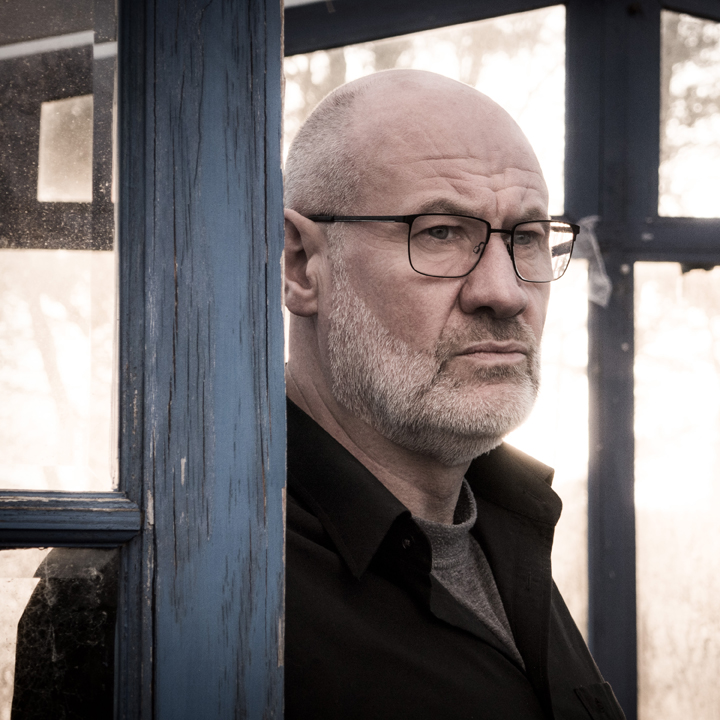 Place of birth: Edinburgh, Scotland (Brought up in a small town named Dalkeith, east of Edinburgh and near Haddington).

First audition (vocalist): March 1980 - Not Quite Red Fox, failed due to lack of experience. NQRF's bassist/vocalist had been approached by Marillion to replace Doug Irving. They met at a Battle of the Bands competition in Luton, but never followed it up and lost contact!

Audition with Stranger (Kettering-based), failed due to "voice too quiet"

November 1980: Return to gigging with Blewitt

Begins legal action against EMI to be freed from his contract, finally culminating in an acrimonious split April 1991

March 1993: Dropped by Polydor and establishes Dick Bros Records to promote future releases and a small roster of bands

March 1994: "Sushi", a live album (recorded, coincidentally, on the day he is dropped by Polydor) is the first Dick Bros release

Tours continually during this time to fund the recording and promotion of the new album. This leads to greater international exposure in previously unexplored territories, culminating in the Yin & Yang albums, a retrospective collection of 26 songs (13 of which were re-recorded) released September 1995

May 1997: "Sunsets On Empire" album released

March 1998: Appears in an episode of "The Bill" titled "Manhunt"

May 2001: "Fellini Days" album released (by mail order only)

November 2001: Sells the Spittalrig Farmhouse and moves into the Studio

April 2002: Appears on the BBC programme "Closure" to apologise to Kayleigh for putting her in song

May 2002: Appears in 2 episodes of "Caledonian McBrains" quiz show for BBC Scotland

May 2002: "Nine Dead Gay Guys" is premiered at the Cannes Film Festival

January 2003: Offered the part of "the hippy" in Queen's musical "We Will Rock You" (being played at that time by Nigel Planer). Refused due to contract duration and location

November 2003: Appears on BBC's "Children in Need" programme from Aberdeen

January 2004: Accepts a role in John Maybury's film "The Jacket"

May 2004: Appears in "Quite Ugly One Morning", a comedy film made for TV

April 2005: Tours to celebrate the 20th anniversary of "Misplaced Childhood"

December 2005: Hosts the Classic Rock Society awards and is presented with a special award for 25 years in the music industry

December 2005: Appears in a celebrity version of "Weakest Link" winning £18,350 which he shared with the runner-up - Eggsy of Goldie Lookin' Chain

April 2006: Interview with Radio 4 for a programme on the history of Progressive Rock

November 2006: LX Jovem webcast a Fish gig from Lisbon watched by over 25,000 people