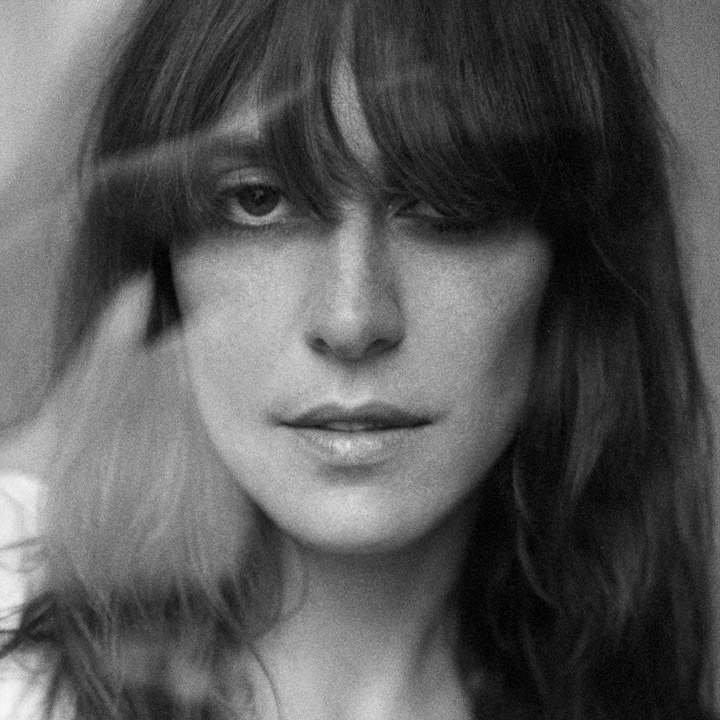 Feist’s first album in six years reflects on secrets and shame, loneliness and tenderness, care and fatigue and is at it’s core a study on self-awareness. As the fourth full-length from the Canadian singer/songwriter, Pleasure builds off the warm naturalism of the Polaris Prize-winning Metals and emerges as Feist’s most formally defiant and expansive work so far. And while each album marks a departure from the next,Pleasure finds the 4-time grammy nominee again showing the extraordinary depth of her artistry.

With its endless movement from austere stillness to frenzied intensity, Pleasure is both painfully intimate and impossibly vast, fine-spun and anarchic, spellbinding and shattering. Recorded over the course of 3 months—Pleasure was co-produced by Feist with longtime collaborators Renaud Letang and Mocky. In addition to reaffirming Feist as a cagily inventive guitar player, the album threads her shapeshifting and often haunting vocals into sparse and raw arrangements.

From its very first seconds, Pleasure proves resistant to any imposed expectation. Though it begins with a hush of stark guitar and understated vocals, the album-opening title track soon unfolds to encompass a plethora of moods, textures, and tempos–its shifts in tone both startling and hypnotic. Those tonal schisms endure throughout Pleasure, with Feist continually building moments of pain and wonder so extreme that the contrast feels thrilling and brutal. The result is an album that isn’t about its title so much as the dialectic between opposing forces of positivity and negativity and how those forces connect people.

With the guitar-driven rhythm and furious handclaps of “Pleasure” serving as the song’s sole percussion, the album remains mostly drumless for the next several tracks. For “I Wish I Didn’t Miss You,” Feist matches her lilting folk with a delicate but fierce meditation on longing (“I felt some certainty that you must have died/Because how could I live if you’re still alive?”). That longing gives way to a stunned melancholy on the sleepy and shimmering “Lost Dreams,” until a single whispered lyric (“Every night you go to sleep, a chance to have another dream”) allows a flash of hope on the fadeout. But for Pleasure’s majestic centerpiece “Any Party,” Feist matches her meticulously detailed storytelling with a glorious, grandiose arrangement of heavy guitar and hard-hitting drums. With its swaying rhythm and campfire harmonies, the unflinchingly romantic track turns what first feels like a throwaway confession (“You know I’d leave any party for you”) into a powerfully exultant declaration of love.

Often imbued with an unruly spirit revealing her punk roots, Pleasure sees Feist daringly and joyfully playing with genre. Along with slipping into the dreamy folk reverie of “Baby Be Simple,” the hazy blues of “I’m Not Running Away,” and the balm-like garage band soul of “Young Up,” the album easily drifts from the discordant choir of “A Man Is Not His Song” to the beautifully spooky poetry of “The Wind” (“And the trees for their 100 years/Lean north like calligraphy/And I’m shaped by my storming/Like they’re shaped by their storming”). But with “Century,” Pleasure reaches a climax that belies classification. Channeling a dark-night-of-the-soul torment that feels both utterly private and universal in scope, the epic track achieves a theatrical grandeur that peaks with some elegiac spoken word from Jarvis Cocker: “Those nights that never end/When you believe you’ll never see the sunrise again/When a single second feels like a century.”

On Pleasure, Feist shows a self-possession honed through decades of purposeful wandering in her musical life. Originally from Nova Scotia, the artist born Leslie Feist got her start singing in youth choirs and joined in a Calgary-based punk band called Placebo at age 15. After a stint as the rhythm guitarist for Canadian indie-rock outfit By Divine Right, Feist set out on a musical path that included singing on Peaches’ full-length debut and being a founding member of Broken Social Scene, whose first album was the 2002 Juno Award-winning You Forgot It in People, as well as touring with both acts.

In 2004 Feist made her U.S. debut with Let It Die, which featured “Mushaboom”, won the Juno Award for Best Alternative Rock Album and Best New Artist, and garnered major critical acclaim. Her 2007 follow-up The Reminder debuted in the top 20 in the U.S. and was hailed by the Village Voice as a “great batch of simple, precisely arranged love songs—expertly produced, delectably sung,” with “1234” boosting the album’s sales to more than a million units internationally. Also including lead single “My Moon My Man,” The Reminder won Feist the 2007 Shortlist Music Prize (making her only the second woman to ever win the award).

After a several-year hiatus—during which she co-created Look at What the Light Did Now, a documentary about the making of The Reminder and her subsequent tour—Feist returned with Metals in 2011. Metals was her highest charting album, debuting at #9 on Billboard, and was named Album of the Year by the New York Times as well as winning the Polaris Prize and four more Juno Awards.