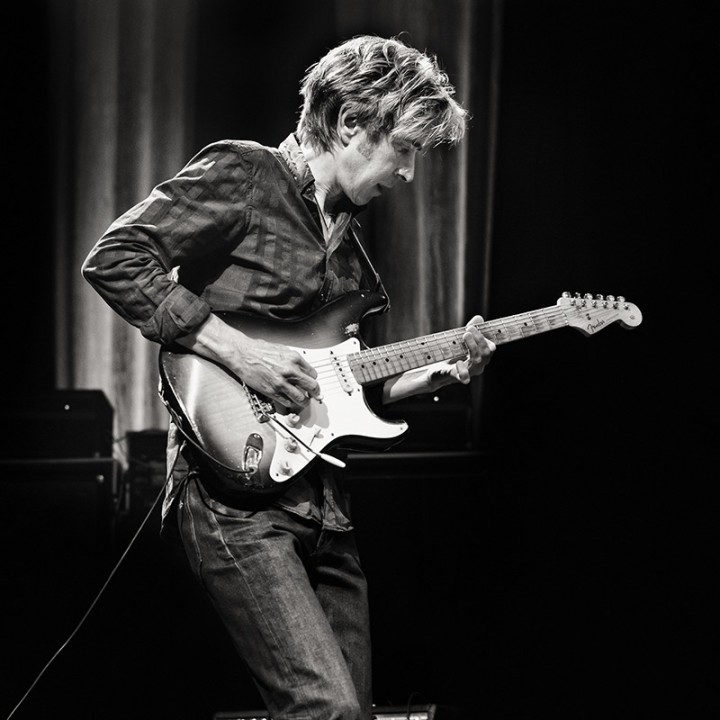 45-Date Run Kicks Off on January 8 at The Bing Crosby Theater in Spokane, WA and Wraps on March 18 at New Orleans, LA’s Civic Theatre

Austin, TX --- Eric Johnson has announced an extensive tour of The U.S. that will stage 45 performances. The run is titled CLASSICS: PRESENT & PAST, and begins on January 8 in Spokane, WA at the Big Crosby Theater. The final show will be performed in New Orleans, LA at the Civic Theatre.

Eric Johnson has been traveling on a prolific odyssey over the course of more than four decades. Along the way, his creations have encompassed repertoire that cross pollinate genres which include rock, blues, jazz, fusion, soul, folk, new-age, classical and even country. Inevitably E.J. says it best himself in sharing. “It really boils down to the music and the song at the end of the day,” he explains. “If it doesn’t have that it gets boring for me. The most important thing for me is to grow musically and make a more expansive and meaningful artistic statement with every new project.”

As another decade turns, the guitarist, vocalist, composer, and multi-instrumentalist will release a new studio offering titled EJ Vol II. This album follows its predecessor from 2016 which was simply EJ, an all-acoustic collection of songs which showcased nine original compositions and four covers. His approach was deeply honest, intimate, personal and delivered with organic emotion. The touring which followed presented the rare opportunity for fans to enjoy the artist’s performances on both guitar and piano. With EJ Vol II, Johnson presents new repertoire that combines electric and acoustic arrangements. Additional detail on the upcoming album release will follow later this year.

Among Johnson's many accolades are a Grammy award for "Cliffs of Dover " (a track from his Platinum certified Ah Via Musicom), lifetime induction into the Guitar Player Gallery of Greats, his listing among the "100 Greatest Guitarists of the 20th Century" by Musician. In his hometown of Austin, TX, a city full of guitarists the readers of the Austin Chronicle have voted Johnson the city's "Best Electric Guitarist" and "Best Acoustic Guitarist" in their yearly poll year after year. They also named him "Electric Guitarist of the Decade" and one of the top five "Musicians of the Decade".

Throughout his career, Johnson has approached music as a healing force, a way to enhance a listener’s consciousness and conjure joy and inspiration. “That’s what I’ve always appreciated most about other artists,” he says. “Some artists inspire us to wake up and get back to the clarity of consciousness. With this record, I’m trying to do that too, because I appreciate it so much in other people.”

In 2020, Eric will tour in support of the new album across The U.S., with planned appearances in 45 cities beginning in January. The tour titled “Classics: Present and Past” will feature EJ Vol. II alongside repertoire from his prolific career. The new year will also see the release of a new Fender Stratocaster as a part of their “Stories Collection” (modeled after an instrument Johnson frequently used early in his career). This model will be his fourth in the Fender collection of signature Johnson guitars. The past releases include the signature Stratocaster Thinline, which was the first hollow body Stratocaster, along with the Rosewood and Maple Neck Stratocasters made to his specifications designed per EJ’s vision.

In 2017, Johnson brought the trio back together who recorded his seminal release Ah Via Musicom. The ensemble featuring Johnson alongside Tommy Taylor and Kyle Brock performed the album in its entirely to standing room only crowds across North America. In 2020, he’ll bring that show overseas to Europe and beyond, starting the evening off with performances of songs from EJ Vol. II, and then playing AVM in its entirety with the players who recorded the album and subsequently toured it in the early 90s. In North America, he’ll tour early in 2020, staging CLASSICS: PRESENT AND PAST, performing a selection of repertoire that features songs from this new release alongside key tracks throughout his prolific career.