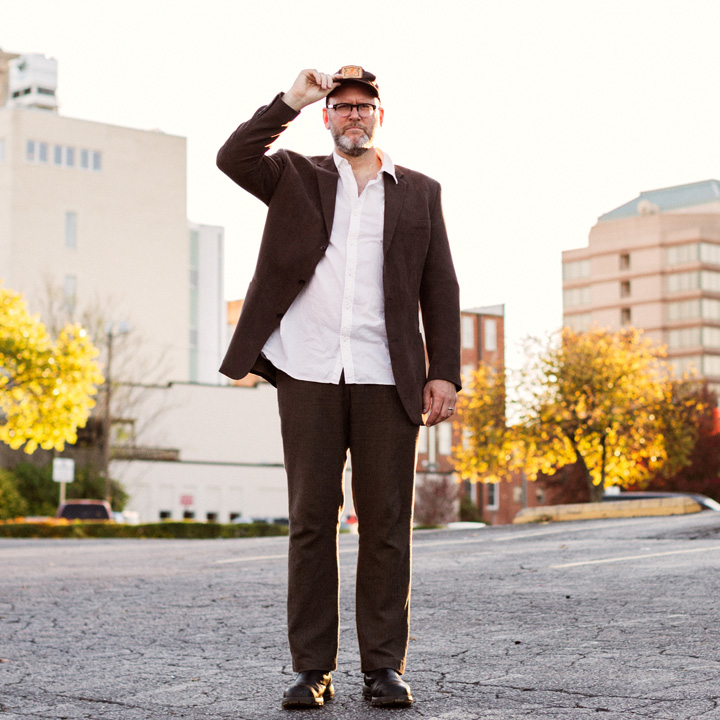 Twenty-five years after Archers of Loaf broke onto Chapel Hill, North Carolina’s vital indie scene, frontman Eric Bachmann is recording the rawest, most honest work of his career under his own name. The March 25 release of Eric Bachmann marks the end of Bachmann’s post-Archers solo project Crooked Fingers, and the beginning of a candid new sound. “To me, the ’90s were for the Archers… The 2000s were for Crooked Fingers,” says Bachmann. “I feel like now—in 2015, 2016—it’s time to metamorphose. When you do this for a long time, you feel a strong pull to reinvent things from time to time, or at least to reconfigure them.

There is resistance, of course, from many places to remain the same. But after a while the dam breaks, and the compulsion to change becomes overwhelming. You just have to do it or you sort of feel like you’re not being true to yourself.”

Where Archers had attitude and guitar-driven intensity, Eric Bachmann has vulnerability, led by piano, rich vocal harmonies, and Bachmann’s hard-won liberty to lay himself bare. “There is less of an externalized character to be responsible to,” says Bachmann, referring to the sardonic smart-ass who narrated the Archers’ music, or the gossiping storyteller at the helm of Crooked Fingers. “When I think about why I am compelled to put my own name on a thing as a proper title now, all of these various perspectives feel unnecessary.” Even in their exhilarating beauty, the nine original tracks on Eric Bachmann are direct challenges—to social injustice, to precarious love, and frequently to Southern hypocrisy.

On “Masters of the Deal,” which on its surface tells the story of Texas’ 2012 execution of low-IQ murderer Marvin Lee Wilson, Bachmann sings that “The South is a ghost, a ghost is a lie.” Despite the song’s lilting warmth, it is, says Bachmann, “dealing with what I consider to be a great historical fraud. I am from the South, born and raised, and I grew up listening to all of these American Southerners talking about their heritage as if it was a noble thing. But I don’t believe them.”

The kick-kick-kick-snare throughout “Mercy” carries a message about “emanating gratitude and unconditional love, despite our differences of opinion,” says Bachmann. “It is a risky song for me because when certain members of my family hear it, it may not go well. They likely won’t hear the intended inclusive message.”

Recorded in Asheville, NC, and mixed in Taiwan by Athens, GA, expat engineer Andy Baker, Eric Bachmann features musicians including Jeremy Wheatley, Matthew Nelson, Jon Rauhouse, Tracey Wolf, Samara Waller, Wade Rittenberry, and Liz Durrett, who wrote the track “Carolina.” “My wandering lifestyle has presented only one nugget of clarity in my life: that places do not offer a sense of home for me. People do,” says Bachmann of the ideas that guide him in this new era of his career. “I believe that much of the chronic loneliness and fear that plagues our species stems from the probability that whatever creative force set all of this into motion is indifferent to us.”