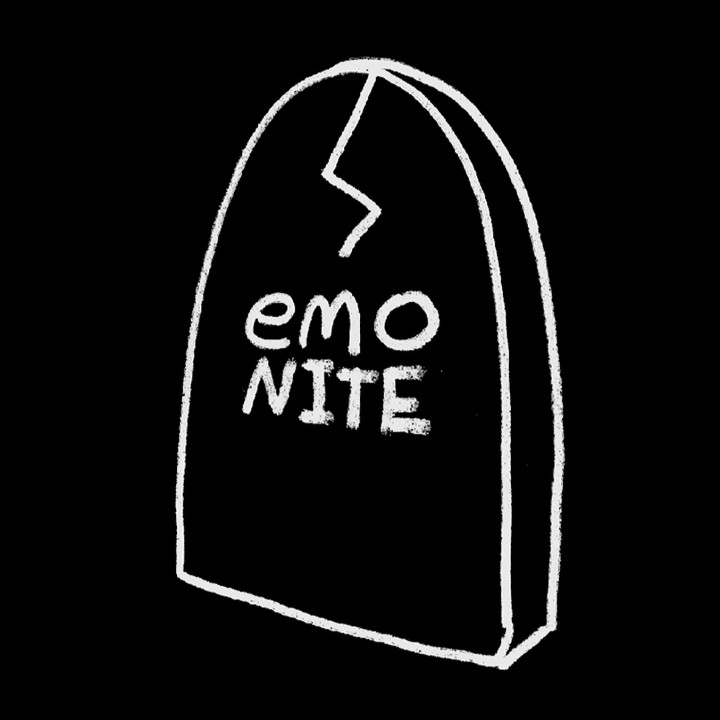 Emo Nite LA, the event started by three friends (Babs Szabo, T.J. Petracca and Morgan Freed) at a small dive bar has grown into a full-blown phenomenon. They have been able to bring together some of the most incredible names in music who have become part of this Emo Nite "family," including Sonny Moore (Skrillex) and From First to Last, The Used, Post Malone, Good Charlotte, All-American Rejects, Demi Lovato, Debby Ryan, Miles Heizer and so many more.

They have been able to throw regular events in dozens of markets across the country and have had spots on lineups at festivals like Life is Beautiful, Slam Dunk, BUKU and Vans Warped Tour. In addition to these events, the Emo Nite founders have created successful clothing collabs with companies like OBEY, Urban Outfitters, PLEASURES, Rose in Good Faith, Chinatown Market, OWSLA, Hot Topic and more. But above all else, Emo Nite LA brings together people who share the love of emo rock music from the 90s, 2000s, and today, changing the idea of what a music event can be.

After their first international event kicking off Slam Dunk Festival South, the WANT House Party Tour with 3OH!3 and lil aaron, the 2nd Annual Emo Nite Day festival and countless parties across the country, it's safe to say that 2018 has been a monumental year for Emo Nite LA. Wasting no time, they have announced the first wave of 2019 Emo Nite dates, including the return to their beloved Echo & Echoplex. They will also be returning to fan favorites including San Francisco, Chicago, Denver, Orlando and Philadelphia while bringing Emo Nite to cities like Vancouver and Milwaukee for the first time. 2019 also marks the trio's first appearance at Firefly Music Festival.