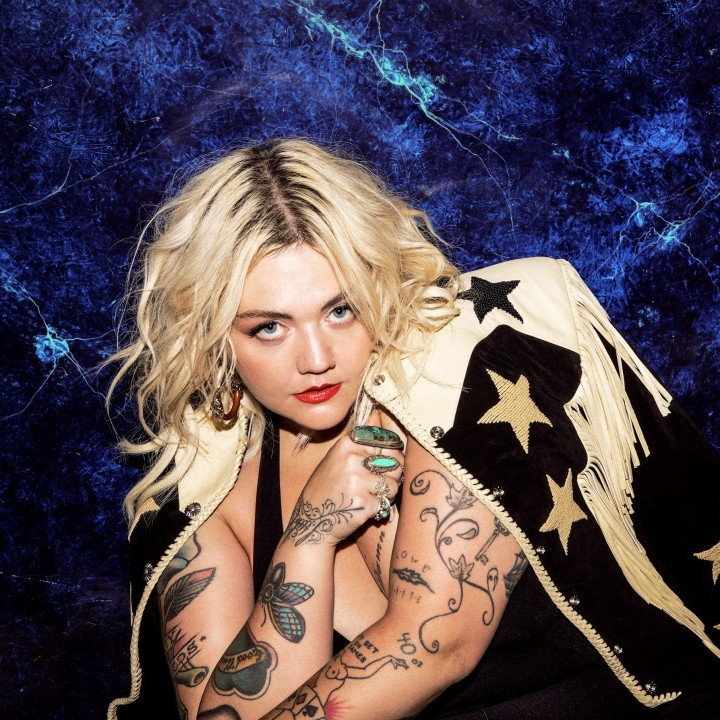 Singer and songwriter Elle King blends pop, blues, and rock’n’roll into a sound that’s all her own.  She loves banjos and hobos. After hearing the all-girl pop-punk band the Donnas when she was nine years old in Ohio, she decided she wanted to be a singer and musician.  By 13, she was playing guitar and later learned to play banjo.  King began street busking and gigging around New York at age 16, moved to Philadelphia to attend the University of Arts, and majored in painting and film.  After college, she spent time in Copenhagen and Los Angeles before settling in Brooklyn.  After signing to FCA Records, she released The Elle King EP which featured the Mob Wives Chicago theme song “Playing For Keeps.” and she made her network television debut on The Late Show with David Letterman. In 2015, King released her debut album Love Stuff, featuring the hit single “Ex’s & Oh’s” which reached the top of Billboard’s Alternative Songs chart. She made chart history becoming the second female artist in 18 years to reach #1 at Alternative Radio, and “Ex’s & Oh’s” earned Elle 2 Grammy nominations.  The track made the Top 10 in four different radio formats, and her current feature with Dierks Bentley on “Different For Girls” is now top 10 at Country radio, the 5th radio format Top 10 for this unique and distinctive new artist.