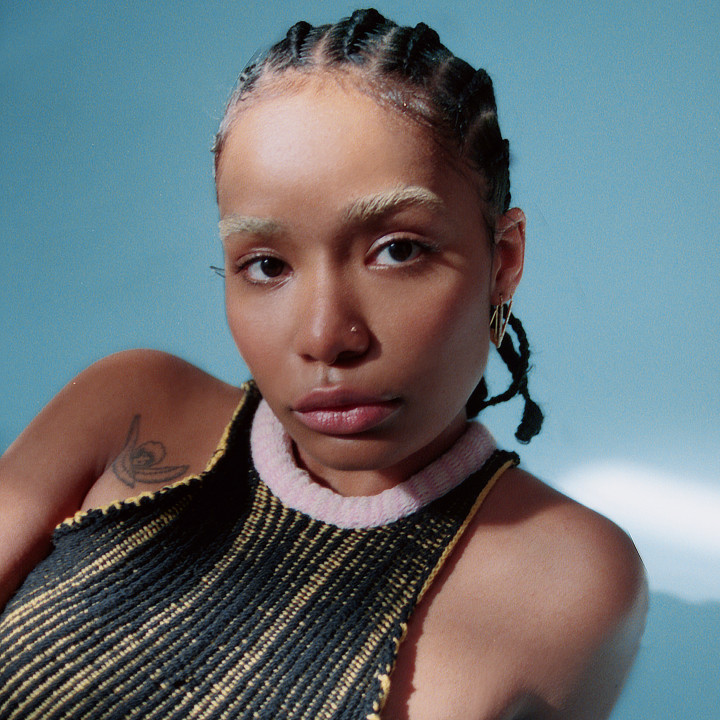 Breakout singer Elah Hale realizes an effortlessly honest and sophisticated sound with her forthcoming debut EP. Having just turned 20, her music radiates a lush confidence that speaks to her exponential trajectory, self-releasing as a 17-year-old to inking a deal with Interscope Records only three years later. Raised in New York, Elah Hale is unsurprisingly wise beyond her years bolstered by a supportive push from her parents early on to pursue music. She took up guitar at the age of five and enrolled in MILES (Music in the Lower East Side Program), recognizing her penchant for singing and writing songs by seven. In 2015, she shared the free-association song “Porsche, Hat, Cloud” on Tumblr which went viral with hundreds of thousands of notes, allowing her to recognize her music’s capacity to capture a widespread audience.

Discovering Bandcamp soon after, she felt empowered by the ability to share her work publicly and purposefully took on the onus to advance her music career. She often recorded herself singing and playing guitar in one take on her iPhone, later paying out of pocket for studio time to elevate her sound. Additionally, she cites her time as a theater major at Bard College where she performed live and surrounded herself with like-minded friends as a formative personal and artistic experience. Perhaps the most remarkable thing about the young singer is fearlessness in the face of change and transformation. Blossoming from a self-sufficient songwriter into a professional recording artist in the midst of finals is no small feat. She decided to leave school to pursue her life-altering dream, releasing her first single “In the Party Alone” at the end of September (coincidentally written during a college spring break). The ballad is a collaboration with producer Daywave which highlights her knack for infectious songwriting.

Elah Hale candidly states that it is crucial for her songs to feel relatable and realistic because “sometimes things aren’t fantastical; they’re just life”. She vividly recalls how often profound moments in her life are intertwined with, if not elucidated by, music. It is this frankness that allows her to deliver a range of affect from touching to playful to painful and back with a keen sensibility for creating memorable music. Her introspective lyrics traverse the joy and heartbreak that multidimensional intimacy and relationships, not just romance, afford. Elah Hale reminds us that we are all in media res, trusts where she’s going, and we are right to follow.