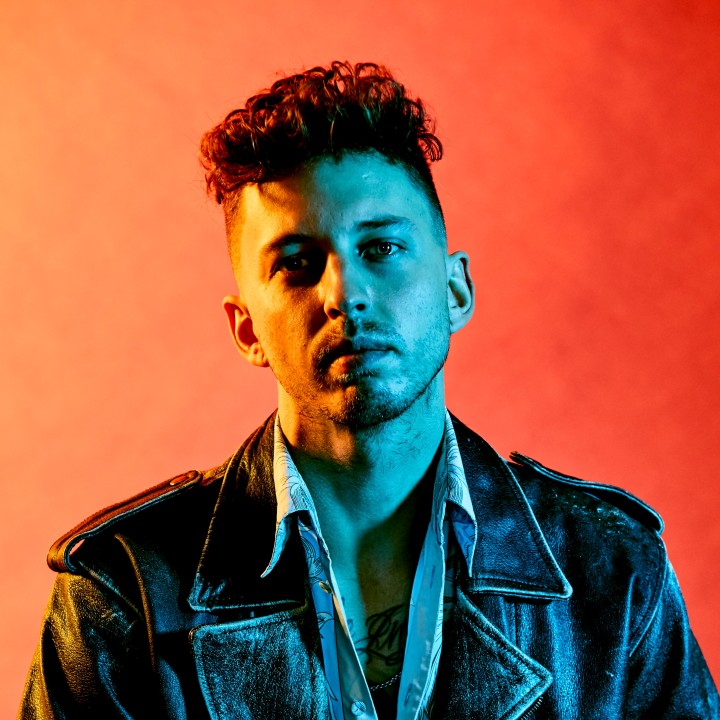 Ekali is more than just an alter ego for musician Nathan Shaw. It’s not only the name for an electronic production project that -- just a few months after posting his first track -- brought a level of recognition that most artists spend a career dreaming about. It’s also a reflection of a remarkable musical journey that’s led him far outside the crowded beat-making field.

Although only 26 years old, Shaw has already been playing music for almost half his life. Growing up bouncing between Vancouver, British Columbia and tiny Mayne Island (just across the Strait of Georgia from the city), Shaw absorbed his parents vinyl obsession early before picking up a violin when he was 12. Within a couple years he’d moved on to guitar, then to bass, which he played in his school’s jazz program before dropping out at age 15 to pursue music full time. He was a session bassist and touring musician, playing indie rock, folk, jazz, hardcore, and posthardcore -- and along the way won a Juno award his work with Vancouver indie group Said the Whale -- before setting out on his own four years ago.

Ekali has given Shaw the chance to show off the stylistic flexibility he picked up from years playing across the musical spectrum. His breakthrough single “Unfaith” mixes Ciara samples and jazzy piano chords with the sonic and emotional intimacy of the indie rock and classic singer-songwriters he grew up on. (Which might explain how the track ended up being sampled not once but twice on Drake’s If You’re Reading This, It’s Too Late.) He’s made apocalyptic trap music with rapper Denzel Curry (“Babylon”) and transcendent electronic pop with ZHU (“Blame”).

But while the self-taught musician draws from a sprawling set of influences -- from Burial to Joni Mitchell to progressive metal icons Dream Theater -- one constant in Shaw’s music is its commitment to analog-era ideals like warmth and texture that often go missing in modern beats. In an era of music tuned to computerized precision, Ekali’s tracks resonate with a defiantly human touch.

Ekali’s debut EP, Crystal Eyes was released last September 2018, collaborating with the talented likes of K. Flay, Yuna, Slumberjack, and Mossy. Following the release of the EP, Shaw, headed out on his third headline North America tour, selling out most venues throughout the US & Canada. Ekali’s first full length album project is due out in January 2020 which features the likes of Au/Ra, Kiiara, Illenium, Reo Cragun, Nitti Gritti, and more.