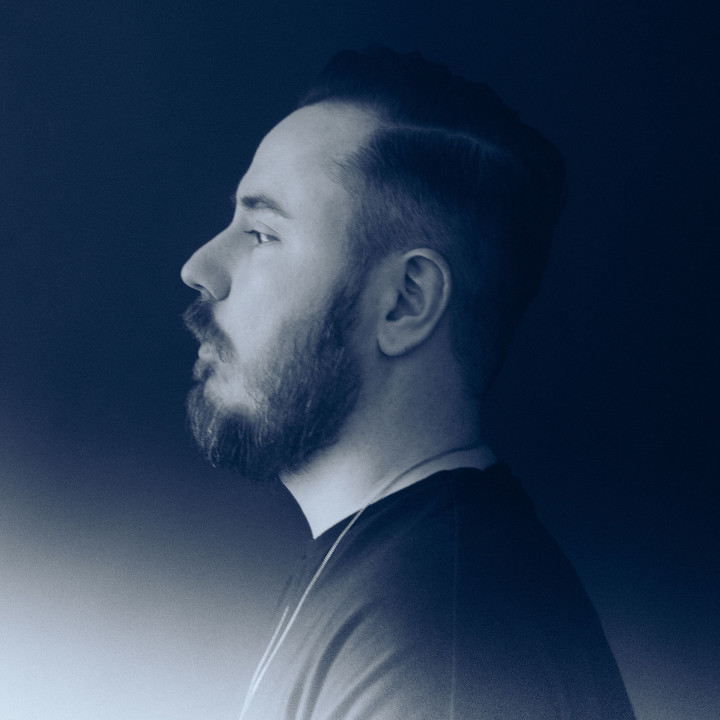 “I did 150 DJ shows last year. That’s 3 per week, and 110 of them were overseas,” explains Duke Dumont. “The problem is,” he laughs, “I’m not the type of person who can record music on the road.” Quite how the hell the London producer has finished this debut album, Blasé Boys Club, then, is both a total miracle and a tribute to his work ethic. “I try to push myself as hard as I can, and I hope this record represents that.”

In a way, the enormous success of Duke Dumont has somewhat slipped under the radar. So unassuming is Adam George Dyment, that it’s easy to forget he played one of the most pivotal roles in making UK deep house the thundering global juggernaut it is today. When his single ‘Need U 100%’ soared straight to number 1 in March 2013, it became the first UK house track to do so in over a decade, reaching Gold certification, and opening up a gap in the British music consciousness for deep house to really prosper on a massive scale. It’s fair to say that the success of “Need U 100%” blew open a void for other deep house acts like Route 94 and Gorgon City to fill, transcending so many from club favourites to serious chart contenders.

Dumont followed that success 9 months later with his next single, ‘I Got U’, a Whitney Houston inspired Waikiki Beach of a dance track, that, again, topped the UK singles chart. An achievement put into stark context when you think of the acts - Pharrell Williams and John Legend - that it was keeping from top spot. And when his third big single ‘Won’t Look Back’ rose to number 2 on the UK chart, whilst topping the Billboard Hot Dance Club Songs chart, Dumont’s name as a top ten producer was cemented.

Away from the charts though, he continued the underground explorations that first made his name, through the For Club Play Only EP series on Turbo Recordings. So while ‘Won’t Look Back’ was snaking into Radio 1’s A-list, the more radical and rigid percussive banger ‘Drumapella’ from his other project was simultaneously permeating the underground club scene. It’s this multifaceted success, a fingers on all turntables approach, that unleashed such a relentless touring schedule for Dumont, taking him worldwide - and all the while he would be snatching at moments of downtime to work on the material that would comprise his first full length record.

At Coachella this year, Dumont put this prospective album material to the test - performing a 60 minute live set of all original work to a crowd that swelled from 3,000 to 25,000 during his show. “I was between 2 EDM acts, so I was a little scared,” he admits. “When you are performing music at a live level, things can get very competitive. Is the act before you going to be more aggressive, louder, are their lights going to be bigger and better? The thing a lot of people lose in that respect is that music should have a lot of emotion to it. It should be heartfelt. It should trigger something. I put most of the songs from the album into that set, so it all hinged on my stuff. This was no DJ set. And I felt proud when it really captured the crowd’s attention.”

So much tireless work has gone into making his live show what it is, taking cues from acts like Chemical Brothers and Daft Punk, in an effort to create a performance that truly reflects the artistic craft of electronic music rather than pandering to the cultural clichés of hedonistic immediacy. His performances are pulsating, emotional journeys. But, at the end of the day, the show would be nothing if the source material wasn’t strong enough, and that’s where Dumont excels.

Blasé Boys Club immediately strikes you as an entirely more musical record than expected from an artist often reductively dubbed as just a deep house producer. ‘Higher’ for instance, is a spiritual soundscape that builds seemingly into euphoric eternity, subtly reminiscent of the deeply textured electronic pop one would expect from someone like Gold Panda. That aural elevation is intensified by the candlelight vocals of James Vincent McMorrow, until eventually, in the final third, a gratifying beat pierces the atmosphere and brings with it a climactic groove. It’s a song that yearns played at 4am; a religious club experience. “I wanted to create a song that was basically just the finger snap and a repetitive vocal,” explains Dumont. “It’s almost like a gospel record, just repeating and repeating. And it’s a brave song, in a sense that it doesn’t adhere to a normal pop structure. It has the most emotion on the album compared to anything else.”

The album has also given him a chance to breath some new life into existing material. ‘The Giver’ first dropped in 2012 on Turbo, and quickly turned a deep house staple, it’s use becoming almost ritualistic in the way so DJs would consistently deploy it as their peak time banger. And soon, it developed an organic life of its own online. “When I wrote it, I don’t even think deep house was invented in its current form,” says Dumont. “I’ve always wanted to play it to as wide an audience as possible. It did really well by itself, but that was without any promo or marketing. Now, with the re-polish I’ve done on it, I want it to have the best possible chance to do well on radio.”

Away from Dumont’s clear affinity for deep house, prominent vocals and textured electronic pop, there’s also one other key influence that bleeds through his work. “I came through as a DJ with a lot of the French wave guys like Justice, Sebastian, Mr Oizo,” he explains. “And Daft Punk’s Discovery: that just has the perfect balance of incredible music alongside massive dance tracks.” Somewhere in his subconscious, this powerful French influence is etched and it comes across most prominently on standout track ‘Ocean Avenue’ - a hard and slinky pop jam that conjures nocturnal visions of a lost scene from Nicolas Winding Refn’s 2011 film Drive.

The record has also given Dumont a chance to widen his scope of collaboration. His fine ear for vocals has already seen him team up with MNEK and AME, and the record boasts further features from Vincent McMorrow, and the legendary 80s house vocalist Robert Owens. The grooving 8 minute disco track that features the latter is like Dumont’s very own homage to Daft Punk’s epic ‘Giorgio’.

The funny thing about all the success that now surrounds him is that Duke Dumont hasn’t really changed the way he makes music, and the re-release of ‘The Giver’ will pay testament to that. The change has come more in both the UK and American music culture, and the way club music now finds itself positioned so boldly on both sides of the Atlantic. “I remember I went to America in 2008,” he says, “and I played in a nightclub in New York called Studio B. I remember I got heckled by people asking me to play hip-hop. So, when I went back in 2012, I was genuinely petrified, but it ended up being one of the best tours I’ve ever done. The scene just seems to get bigger and bigger.”

With his eyes set on some huge UK shows, and massive forthcoming collaborations, Harrow-born Adam George Dyment looks set to play a huge role in the way UK pop music continues to shift ever further into new realms, just like an early noughties Timbaland did for the US or a recent Pharrell has done for the world. Still, he remains unnervingly grounded: “I don’t necessarily want to be the biggest DJ or biggest act in the world, but I certainly want to be one of the best.”