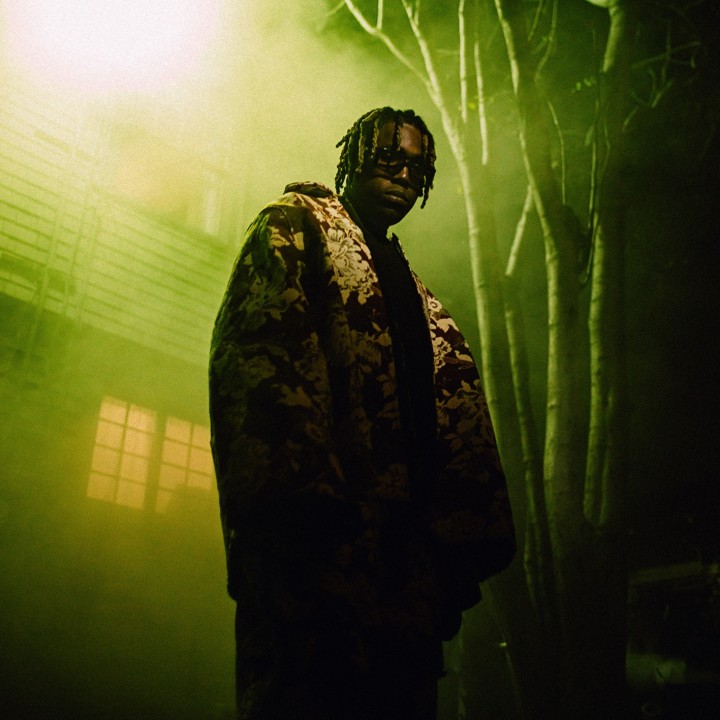 Duality drives every Gemini. Born under this sign, Don Toliver naturally dips between extremes of pleasure and pain, mania and melancholy, and beauty and chaos. He does so by singing with stark soul (like a psychedelic Marvin Gaye) and woozily rapping through the haze of laidback anesthetized bars. As such, a distinct, dynamic, and diverse style defines his quiet movement to the forefront of the zeitgeist one trip at a time. Streamed hundreds of millions of times in under two years and handpicked for collaborations by everyone from “Big Bro” Travis Scott to Eminem, he emerges as the voice of 2020 -- and beyond.

Don’s full-length debut, Heaven Or Hell [Cactus Jack/Atlantic Records], reflects every side of his sound widescreen.

“I’m trying to bring out the Gemini,” he affirms. “Life is Heaven Or Hell. You might be stuck in an office all day working, but then you go out and turn up in the club at night. I’m quiet in the studio, chilling, smoking, and writing. I get to the party, and I go crazy. So, the music is a roller coaster. There are happy and heartfelt feelings, but there are a lot of parties, drugs, and crazy shit you don’t see. Certain songs glorify the beautiful aspects of life. Others show the toxic environment. The music has each side. When you’re at home or on stage, it’s pure heaven. After the party ends, it doesn’t feel as pure. Nobody has had a chance to figure me out, so I’m giving them both Heaven Or Hell to answer some questions.”

He started posing those questions the first time he picked up a microphone. Born and raised in Houston, he found music at home as dad -- going by “Bongo” -- crooned the immortal chorus of Archie Lee’s H-Town classic “Swang Wide” [feat. Lil Mario, Big Tiger, BLNDCYDE, & Bongo]. Witnessing the business firsthand by hanging around pop’s homies Swishahouse co-founders Michael “5000” Watts and OG Ron, he also devoured records on his own. He regularly listened to Bobby Womack, Teddy Pendergrass, Sade, Kanye West, and Pharrell. Graduating from high school, he spent a couple years “hustling to pay for studio time,” making his introduction on the independent single “Pop The Seal.” He popped off in H-town first, taking over open mics, underground hotspots, art scene hangouts, and strip clubs. He found a perfect partner when fellow Houston native and platinum rapper Chedda Da Connect became his manager. The music made its way to Travis Scott in 2018, and the superstar signed him to Cactus Jack shortly after.

Don’s rise accelerated at lightspeed. He lent his voice to the platinum “Can’t Say” from Travis’s game-changing GRAMMY® Award-nominated triple-platinum, ASTROWORLD. Simultaneously, his mixtape Donny Womack attracted the praise of High Snobiety and Complex who named him on its “20 Rappers to Watch in 2019.” To cap off a banner year, he comprised JACKBOYS alongside Travis, Sheck Wes, and Chase B, igniting the #1 debut of the self-titled pack on the Billboard Top 200. The title Heaven Or Hell even stemmed from the JACKBOYS’ standout “Had Enough” where Don first said the line. Not to mention, Eminem tapped him to feature on “No Regrets” from his surprise comeback Music To Be Murdered By.

In the meantime, Heaven Or Hell single “No Idea” exploded. Don claimed #1 on the Billboard Emerging Artists Chart as the song moved into the Hot 100. Not only did “No Idea” generate 100 million-plus streams, but it also spawned millions of videos on TikTok and bulldozed a path for the arrival of the album by spinning a myth.

“I really want to create a myth,” he reveals. “If you get deeper and deeper into the music, you will end up in my world. There’s a chill vibe. It’s melodic hip-hop with rhythm and blues. It’s poetry for me. It comes from the heart and from my dreams coming true. Everything I’ve been through is inside of it.”

Heaven Or Hell exists on each end of the spectrum. “Wasted” hovers over a throwback beat on an intoxicating hook as it hypnotizes.

“Spaceship” blasts off on a grunge-y bounce as he pays homage to “Alicia Keys on my playlist.” Elsewhere, the unpredictable “Company” breaks into progressive rock guitar courtesy of super producer Mike Dean. The piano of “Euphoria” underscores gorgeous vocal interplay with Kaash Paige as it bleeds into the blissful chant, “Drowning in euphoria.”

Meanwhile, “Cardigan” represents the heavenly side with the unshakable refrain “You be on my back like a cardigan.”

“I’m talking about being in a relationship with a female,” he says. “It’s stressing me out, because she’s always bugging and on me like a magnifying glass.”

“I hope you feel beautiful chaos,” he leaves off. “Sometimes, you’ve got to be a little crazy in order to be great. I’m more excited to understand who Don Toliver is. I’ve had the liberty to sit back, watch, and still be me. I’m doing everything I always wanted.”