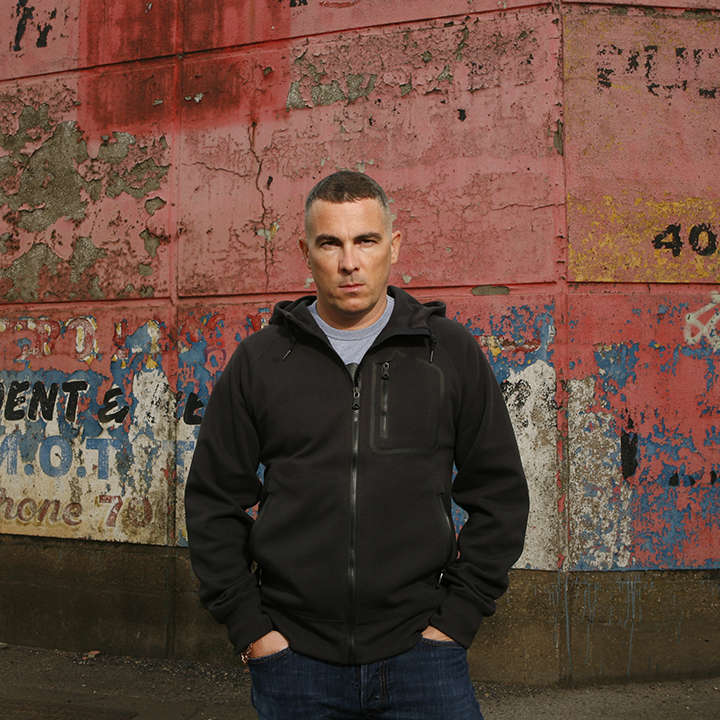 Whether he's hunched over the pulsing lights of the studio or rocking a blistering drum & bass set out from the DJ booth -- Zinc works through the small hours and gets up mid-afternoon. These sleep habits of Zinc's have crept deep into the grooves of his DJ sets and productions as they're jammed to the bumper with depth-charge bass, crystal-tipped breaks and memorable, mysterious night-world melodies. They're trenchantly widescreen, covering hard soul slow-jams, laid-back girl singers, itchy, scratchy drum & bass and megaton MC chaos.

Zinc first caught the bass bug when he was 16, as acid house swept through the land. "I'd always been into music," he remembers, "my brother is a drummer and music was always around the house -- but this was acid house! I went out raving and buying records. The rest of the time I'd be sitting at home making tapes."

In typically modest style, Zinc kept the tapes to himself -- until a friend decided it was the best thing he'd ever heard and sent it off to their local pirate. Within a few weeks, Zinc became a member of the tower block FM massive. By the early 90's he had a residency at now-legendary club Desire and hot slots on pirates Format and Impact FM. The inevitable move into the studio didn't take long. He and Swift hooked up and started making tunes for Bizzy B's Brain Progression label. Eight of their Swift and Zinc series later and Zinc took the plunge. It was clearly a good move. His first solo tune, 1995's Super Sharp Shooter, released on Ganja Records, stood head and shoulders apart from anything else that came out that year and remains one of the most recognizable dance records of the decade. It crossed over and for a short time, house kids, hip-hop heads and the whole of the Jungle massive were quite literally, singing the same tune.

"All it was," says Zinc modestly "was that there were loads of records coming out with hip hop samples -- and I thought I'd do one. I didn't make it to be huge and if I'd tried it wouldn't have sounded the way it did."

Next stop was 'Six Million Ways To Die' which had similar, if more limited impact, marking Zinc out as a man who could fuse styles with ease and turn heavy heavy beats into vinyl moments that anyone could get. But in typically no-fuss style, Zinc continued to make the music he liked without getting caught up in the minefield of DJ celebrity.

"I don't want people to recognise me. Only people who go to clubs and see me DJing will have any idea what I look like. I'm a normal bloke and I like it that way. You walk down the street with Hype and he gets stopped the whole time. That's my idea of hell."

In 1996, there was a sonic double-whammy. First, Zinc knocked up a speaker-busting bootleg of The Fugees 'Ready Or Not' that supershot him across dance floors everywhere -- again. Secondly, he, Pascal and the inimitable DJ Hype set up True Playaz. "There were three of us and we were good at different things. We still are."

During 1997 True Playaz started a monthly club event at The End, after a few years they moved to Fabric and have become the club's most successful regular night to date.

Zinc's key records have always been about hybrid sounds and about fusing new elements onto solid steel breaks. '138 Trek,' which set the garage world alight and eventually became a Top 30 hit, was originally released in 2000 by True Playaz on the 'Beats By Design' EP.

"I did it to show versatility," he explains, "to prove that I could do something at that speed. I sent it to all the breaks DJs and virtually no one took any notice. It was all the garage kids on the pirates who picked it up."

Since 2000 zinc has released the majority of his music on his own label, bingo beats, and has signed numerous tracks from some of the scene's biggest producers, aswell as releasing mix cds by zinc,marky and friction. Bingo is widely considered to be one of the strongest and most exciting dnb labels, largely because it follows zinc's dj ethos of supporting all sub-genres within dnb.

In 2003 he released Faster, his debut album that showcased an awesome range of production skills, with tracks increasing in tempo throughout the lp from 75 to 175 bpm.

"Making that album was more of a hobby for me, there was no plan for the album to be signed to a major, and so I just made some weird little tunes..."

Over the last few years Zinc's dj schedule has gone from quite busy to non stop, with a diary full of a list clubs and most of the big festivals around the world, and recently he became a resident at ministry of sound's switch night.

"when I was a kid I got one of the mos flight jackets, long before I would have been old enough to get in -- if you'd have told me then that one day I'd be a resident here I'd have fallen over, so to be playing there regularly is really cool. Its got one of the best sound systems and the vibe of the room is amazing, and really that's the most important thing for me"

His style of playing all types of dnb within one set is unusual and people often look to him for just that, you never really know what he's going to play, and that uncompromising attitude has seen him voted one of the top 3 dnb djs for the last 2 years.

"I love what I do, I did it as a hobby for years and now I get paid to do the same thing, without having to compromise at all. I'm the luckiest person I know!"