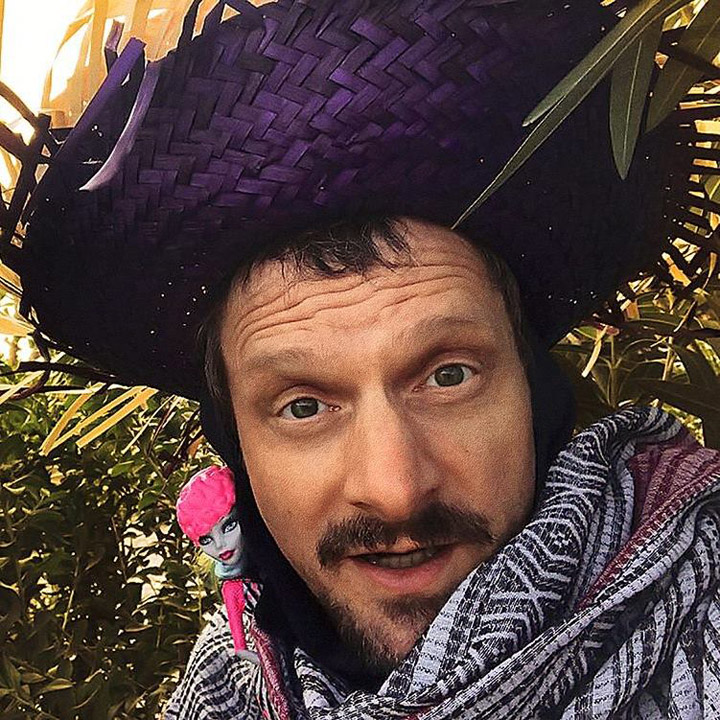 Stefan Kozalla, better known as DJ Koze, is a German DJ and music producer. Born in Flensburg, Schleswig-Holstein, he first became known in the Hamburg music scene. Kozalla competed in his first mixing competition in 1988 at the age of sixteen. He was part of German hip-hop act Fischmob in the 1990s, while also recording under the name Adolf Noise.

He began recording under the DJ Koze moniker in the 2000s, releasing music through the German electronic label Kompakt. He recorded three full-length albums during that decade, as well as numerous singles and remixes. He started his own recording label, Pampa, in 2010, and released his latest full-length recording, Amygdala in 2013, which reached #61 in the German Albums Chart.

One of the most adventurous and consistent techno producers of the 2000s and 2010s, Koze was known first for his exceptional DJ skills. Music Is Okay, issued in 2000 on Yo Mama, was his first mix album, released prior to the formation of International Pony -- a whimsical dance act that was signed to Columbia in Europe. It was around this time that Kozalla leading artists, beginning with September 2003's "Der Säger Von St. Georg" (a became one of the Kompakt label's track on Speicher 11) and a three-track 12" titled The Geklöppel Continues. The following month, he recorded his second commercially released mix, All People Is My Friends, which was released on Kompakt the following January. He continued to release thrilling, rule-breaking singles and remixes, as well as albums: Wo Die Rammelwolle Fliegt (Buback, 2005), Kosi Comes Around (Kompakt, 2005) and, on his own Pampa label, Amygdala (2013). Reincarnations: The Remix Chapter 2001-2009 (Get Physical) and Reincarnations: The Remix Chapter 2009-2014 (Pampa) collected his considerable, often spellbinding, remix work. In 2015, Koze had the honor of compiling the 50th installment of !K7's celebrated DJ-Kicks series, showcasing his love for leftfield hip-hop and pop as well as house.