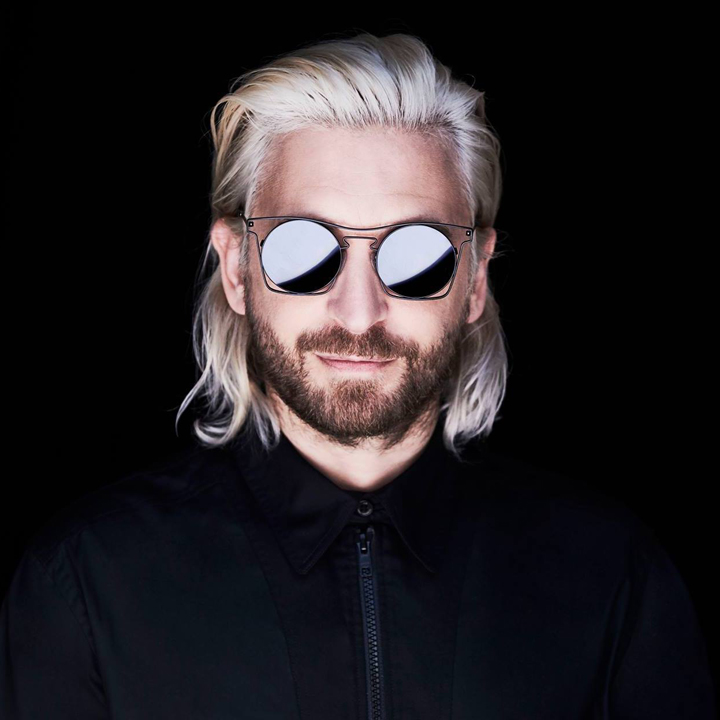 Just the name -- DJ Fresh -- presents a lifelong challenge. How can a producer live up to that name some two decades after he was first bowled over by the newness and innovation of rave music? How, in short, does DJ Fresh stay fresh?

The answer, perhaps, lies in the same urges that drove Daniel Stein to get involved with music in the first place. When friends' older brothers began to return from early acid house raves with tapes, flyers and tales of people from all classes and backgrounds brought together by hedonism -- "united under a musical banner" as he puts it -- he was like a moth to a flame.

The music on those rave tapes also grabbed him instantly. Having learned piano from an early age, he had a natural affinity for keyboards, and loved the electronic side of his parents' record collection. Rave music combined all the elements that he loved in these acts with a huge injection of energy and, crucially, the DIY ethos that a huge record could literally be made in your bedroom. So before he was even old enough to get to a club or rave, Dan set about working out how to capture that energy in his own beats.

He's managed to make tracks like the vocal rework of his 2008 track "Gold Dust" reach out to new audiences, while keeping the rude energy of the initial 1990s explosion at their heart. A perfect example was his recent genre-defying top 5 hit 'Earthquake, a collaboration with Diplo and Dominique Young Unique. And as the support of Zane Lowe and Annie Mac has placed his tracks at the heart of the new eclecticism, so he has begun to expand his tempo range. Inspired by newcomers like Flux Pavilion, Jack Beats and Dillon Francis, he has taken on jump-up dubstep, electro, Dutch house and even moombahton rhythms, which provided the foundations for his top 3 hit 'Dibby Dibby Sound. "Now I can begin with the song and the vocal instead of the beat," he says, "and let it take the tempo that suits it... but always keeping the energy of drum'n'bass underlying it."

Dan's first attempts at writing with singer Sian Evans resulted in new dubstep-tempo single "Louder," and they found working together so easy that a further six Fresh songs featuring Sian are in the can. After "Louder" smashed the number #1 on the official singles chart and remained on the chart for a whopping 21 weeks, it seemed Fresh was at the peak of his career. Fast forward to 2012 and "Hot Right Now" featuring Rita Ora again claimed Fresh his next number 1, this time spending 36 weeks in the chart, also launching Ora's career in the process.

2015 is now proving to be Dan's biggest yet with another hit added to his already burgeoning back catalogue, this time with MOBO and Brit award singing songstress Ella Eyre. 'Gravity' stormed into the official singles charts in February, peaking at number 4 and has gone on to sell over 300k records to date, plus has stacked up almost 8 million views on the official video. Next up is current single 'Believer' with acclaimed DJ/producer Adam F, due for release next month, which is well on track to match the successes of Dan's previous hits.

With over 2.5 million record sales, two number 1 singles and a further two top 6 singles to his name, he is infectiously optimistic about the next phase of his career, seeing the current climate as being "as open-minded as those very first days of rave, back in 1990 or whenever when I started to get what it was really about." Refusing as ever to fit anyone's expectations, and always driven by that idea of diverse minds uniting under a musical banner, he's not resting on his reputation but still pushing forward -- still Fresh after all these years.