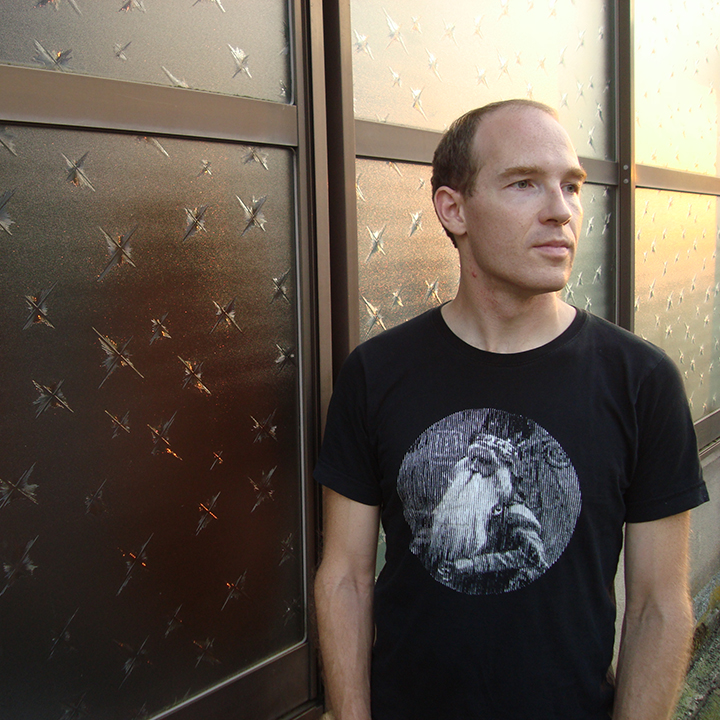 While Caribou has been touring the globe throughout 2012 in support of Radiohead, Dan Snaith has fallen deeper into his love affair with the dance floor to bring us a full-length release as Daphni. The first Daphni album of shape-shifting works is titled JIAOLONG (pronounced JOW-long) and will be released on Dan's own imprint in the UK on October 8 and on Merge Records in North America on October 16.

Throughout Caribou's ongoing world tour, Dan has been hitting club nights in each city, DJing into the wee hours in search of that sweet spot. "DJs have the potential to blindside you," Snaith says. "During the time I was making the Caribou album Swim, I'd fallen back in love with moments in small, dark clubs when a DJ puts on a piece of music that not only can you not identify, but that until you heard it you could not have conceived of existing."

Inspired to work in a completely different way-setting aside the meticulous compositional rigors and musical layers that underpin Caribou songs-Dan Snaith-as-Daphni reaches out for a more feminine, fluid energy and seeks instant gratification. "Daphni tracks are rough and spontaneous," he explains. "They're about working fast and intuitively, capturing the manic energy needed to start a track one afternoon, have it finished, and be playing it in a club that night."

Daphni's debut was a re-imagining of Cortney Tidwell's "Watusii" in 2009. Wrapping her vocal in a gloriously layered and tripped out 14-minute bundle of joy that snuck up gently, grew relentlessly, and left listeners dizzy and euphoric, this musical template has been locked in place ever since. Who says man cannot squeeze soul from machines?

Acclaimed remixes of Hot Chip and Emeralds have followed, while the first proper Daphni track was a split 12-inch with Four Tet in the form of "Ye Ye," a subby and plundering tune that positively screams for an open window to cool down. It was and still is a blistering opening gambit, as was the follow-up 12-inch "Ne Noya," his mix of Cos-Ber-Zam with its superb aquatic rumblings. This release also featured the acidic soulful throb of "Yes, I Know" and the Afro-centric synth-haze that is "Jiao."

"Electronic instruments are notoriously uncontrollable, unpredictable, and recalcitrant!" Snaith says ruefully. "I've been building a modular synthesizer, which plays a prominent role on this album. It growls or screams when I don't expect it to. Nudging one dial changes the sound so drastically that I'll never get the original sound back. It's like improvising with another musician, and its voice is all over this music."

Exclusive tracks from this essential collection include the bubbling rat-a-tat of "Light," the perfect synergy of percussive zing and computer flash in "Pairs," the Pterodactyl-swing of "Springs," and the undulating finale of "Long."

JIAOLONG sits easily with the kinetic likes of Theo Parrish and Floating Points and is sure to be seen as one of the best records of 2012, both in the dance community and beyond.

"I've been surprised by the number of transcendent moments I, sober and in my mid-30s, have had in clubs in the last few years," Dan says. "There's some magic in it still. The cliches about the collective consciousness of clubs still seems to hold water in some special cases. There is a small world where dance music lives up to its potential to liberate, surprise, and innovate. It's there that I hope Daphni has a place."