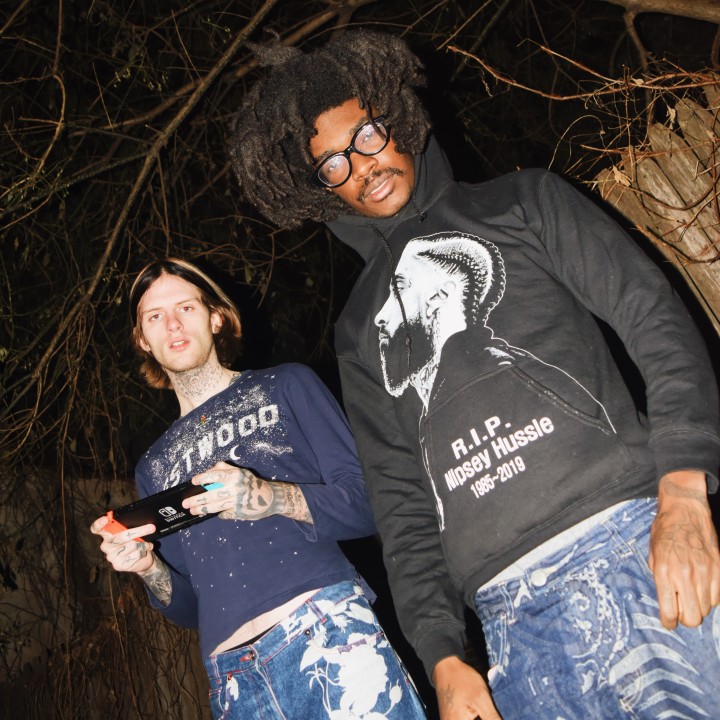 Emerging from the creative depths of Atlanta, Danger Incorporated is here to redefine what it means to be free of limitations. Toying with genres since they were in high school, Louie Duffelbags and Boothlord have always found themselves looking for the next best way to morph and manipulate familiar sounds into something that is unabashedly Danger Incorporated. This never-ending search keeps the two endlessly inspired, always finding a way to be two steps ahead of their contemporaries.

It’s this distinct ethos that caught the eye of Awful Records’ Co-President, Gerry Newton, at a rooftop show in Atlanta. Quickly becoming the center of Atlanta’s creative revolution, Danger Incorporated cultivated a fanbase that connected with their innovative, individualistic approach. Their first four releases, World Wide Web (2016), Are You Afraid of the Danger Boys? (2016), Birds Fly by Night (2017), and Danger Reality (2018), embodied this spirit and found Louie Duffelbags and Boothlord on a mission to expand their creative influence. The two then began building a multi-room studio and performance space in Atlanta where they could experiment with different sounds, instruments, and recording methods. It’s where they’ve grown as artists and led them to their latest project.