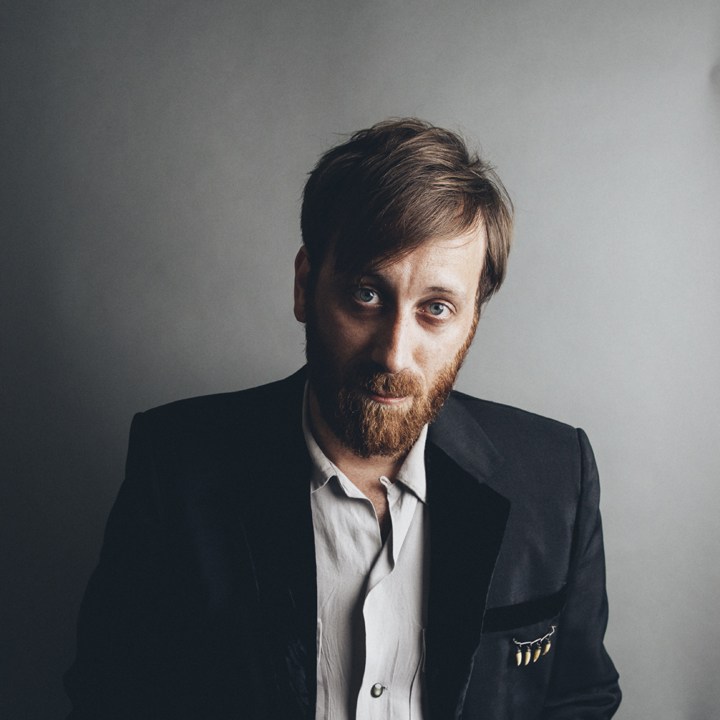 On Waiting on a Song, Dan Auerbach's first solo album in eight years, it's clear he has finally made Nashville his home. The album is his love letter to Nashville, filled with songs of sin, dangerous women, beautiful tarnished losers, undying love and equally undying friendship.

But first, he had to make the space for it. Dan Auerbach had toured constantly since forming The Black Keys with Patrick Carney back in 2001. After an especially grueling five-year stretch, touring around three Black Keys studio albums, and a lengthy tour with the Arcs that ended in late August 2016, Auerbach realized he needed to unplug for a while. Not because he was planning on recording a solo album; more that he just needed to stop. "When I finally told myself that I needed a break, that was probably the start of this album," explains Auerbach.

But stopping didn't mean that Auerbach even considered relaxing. It just meant that he didn't tour. During the summer, he produced seven albums and finally got acquainted with the city he loves so much and some of the world-class musicians who live in it.

"I was on the road too much and didn't have the time to stop and really take part in what was here in Nashville. I was too consumed with my day job to ever build relationships with any of them until this summer." says Auerbach.

The key to these relationships was Dave Ferguson, one of Nashville's most respected engineers and producers, mentored by the late, great "Cowboy" Jack Clement and a longtime collaborator of Johnny Cash's on all his records for American Recordings.

"I'm just remembering now that Fergie was with me when I bought my old Ford Truck on Craigslist from this old guy in East Nashville. He basically took me under his wing when I first got to Nashville eight years ago."

But most importantly, he introduced Auerbach to most of the musicians he knows and now runs with in Nashville. "He introduced me to some of his favorite people in town -- -- writers he thought I'd click with, and most of the time he was right. That's who basically all the people on this record are.

"Fergie took me to the Station Inn to see John Prine play. I knew of him, of course, but I didn't know his stuff too well. But when I saw him live, I couldn't believe how amazing he was. Fergie introduced me to 'Cowboy' Jack Clement. We'd go to Cowboy's house and listen to him play songs on his ukulele and tell us stories. To think Cowboy was at my studio waltzing around the live room floor to my music... and now I know I'm part of that tradition that stretches all the way back to Cowboy and Sam Phillips opening up Sun Studios in Memphis -- it changed my whole universe," says Auerbach softly.

And it changed the way he made records, working seven days a week, co-writing songs -- -- something Auerbach had never really done before, certainly not in such a structured way.

Every morning Auerbach, Ferguson and singer-songwriter Pat McLaughlin, who plays mandolin in John Prine's band, would get together at nine o'clock sharp to write.

"They'd come over, Mackie would bring coffee, and we'd be in a little room in my house with the door closed, and we'd just write. I didn't do anything but work seven days a week. Monday through Wednesday we'd write, and then Thursday through Sunday we'd record, every week," says Auerbach.

Recording might mean laying down tracks with distinguished session guitarist Russ Pahl; or bassist Dennis Crouch, co-founder of the Time Jumpers; or world-class Dobro player Jerry Douglas; or Dave Roe, whom Auerbach first saw on the tiny stage at Robert's Western World on Lower Broadway during his first trip to Nashville nineteen years ago.

"I am working with some of the greatest musicians that ever lived. When I met [keyboardist] Bobby Wood and [drummer] Gene Chrisman, it was like I finally met my soulmates. I've always had a problem that I work so much. These guys, they're not normal. They're as addicted to it as I am. Nobody that I play music with now got into music to meet girls," laughs Auerbach.

"Just to be clear, I'm not hanging out with these guys just to hang out with old dudes. These guys are still full of fire. The thing is, Nashville is such a Cheesecake Factory of country music, and these guys sometimes don't fit in because they have so much personality in their playing."

The roster includes iconic guitarist Duane Eddy, who had sold twelve million records by the time he was twenty-four, with songs such as "Rebel Rouser" and "Peter Gunn," all produced by Lee Hazelwood. Eddy plays guitar on two of the album's songs, the stinging "Livin' in Sin" and the more cinematic "King of a One Horse Town."

"All I knew was whenever Duane picked up the guitar, it blew my mind," relates Auerbach, still awed that the great guitar genius is among his circle of friends. "I just couldn't believe it, because it's hard to take an instrument that everybody's heard six million times, and when he starts playing, it's instantly identifiable as Duane Eddy.

"Sometimes I feel I created my own Field of Dreams. I built the studio because I knew something was going to happen. I built it to accommodate live musicians playing, and then all of a sudden the best musicians in Nashville show up, and it's happening. Top session musicians in the world are texting me just to make sure they don't book other sessions, because they just don't want to miss anything."

And it seems not many of them did. Auerbach wrote seven songs with John Prine -- the one that made the album is the title song -- seventy-five songs with Pat McLaughlin, forty songs with L. Russell Brown, twenty songs with Roger Cook, and twenty with Bobby Wood, one of which was "Show Me," which ends the album.

"I had this gut-string acoustic that I hadn't picked up in years and once I did -- all of a sudden it became a springboard for me and it just seemed to have all these songs in it," says Auerbach.

All in all, there were about 200 songs. But only ten are on the album. "I really love the idea of having a concise album," he says.

Album standout "Shine on Me" just seemed to drop out of the ether, and didn't seem that extraordinary to Auerbach at first. "The day I wrote 'Shine on Me,' we'd probably written three others. It was just another song we wrote, trying to make each other laugh and just trying to have fun. Then I got the idea about having Mark Knopfler on it. I'd never met him, but I remember hearing his records when I was a kid. I remember how my dad would always scream at the radio when they faded out the 'Sultans of Swing' solo at the end prematurely. He would get pissed off. I reached out to Knopfler, and two days later he sent something back."

Knopfler's snaky, snarling guitar -- immediately identifiable -- -- elevates the twangy, twitchy rocker into an anthem so catchy and addictive it belies the rather disturbing lyrics about some of the baser qualities about human nature, in the same way sunshine pop conceals its dark interior.

Knopfler was just as taken as Auerbach by the experience, explaining, "Dan Auerbach is his own man. He goes from strength to strength. It was great to be a part of his record. Walk on, Dan."

He's not the only one impressed with the musician. Duane Eddy had all but given up on music before Auerbach asked him to appear on the record. "I was really jaded before I met Dan, but working with him every day has brought back my old love for being in the studio, and I am truly inspired again. His enthusiasm just made it all fun again for me," says the legendary guitarist.

"Someone asked me recently who my favorite singer was, and I told them it was Dan. As a vocalist I compare him to George Jones and Ray Charles."

As for Auerbach, the always-understated musician is just happy to have his own version of the Wrecking Crew at his Easy Eye Studio in south Nashville. "I'd call them that, but Duane really was in the Wrecking Crew," he says. "Instead, Fergie and I call it the Easy Eye Sound. This isthe sound I was looking for, and now there really is an Easy Eye sound. Our instruments don't move. The drums haven't moved in two years. I mean nothing moves. We've done seven, eight, nine records like this. We found our thing. It's a factory -- but in the way that Motown is a factory, or that Stax was a factory, or that American Studios was a factory. Anything can happen, any day." He says, pausing a long minute, as if to let it all sink in. The dream realized.

"You know, some people are just late bloomers," he muses. "Even with the success I've had, it's only just now that I'm finally finding myself. I called the album Waiting On A Song because I've been waiting my whole life to be able to do this. And now I have. And none of us ever want it to stop."