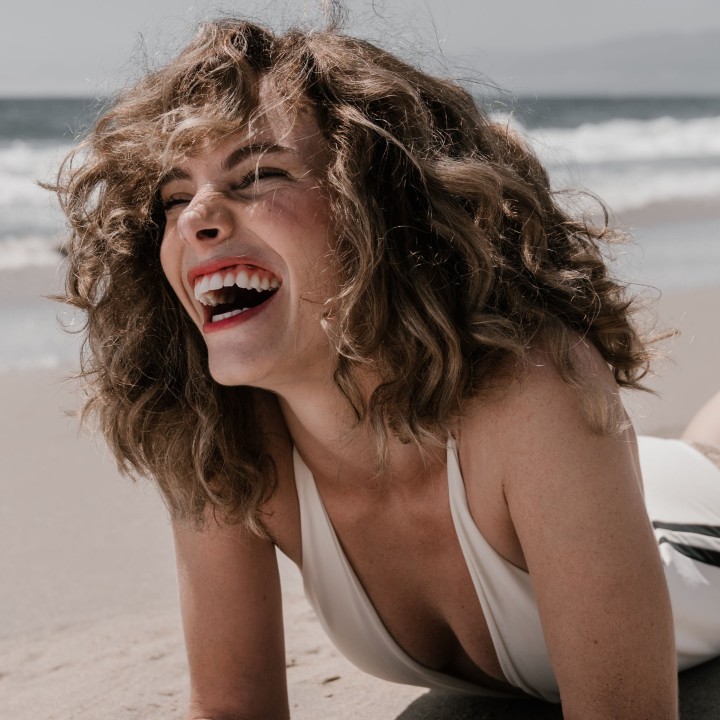 In terms of facts, she pens super confessional, yet catchy pop songs streamed tens of millions of times and acclaimed by everyone from Fader, Harper's Bazaar, Billboard, and W Magazine to Elle, Flaunt, Pitchfork and Vice.

In prose, she describes herself as, "living a 90s romcom like a person weaving in and out of the universe's test while attempting to remain sane and in love." (She might be more 10 Things I Hate About You than Sleepless in Seattle though).

Up to you to decide.

In conversation, she admits to a modest Michigan upbringing -- college degree unrelated to music (student loans in tow), dad's gig at Ford and mom's as a secretary, and being "a Midwestern girl." This sort of honesty makes her 2019 debut EP, Mood Swing [Unsub Records], hit so hard.

Within these six songs, CYN shares things you might not even tell your best friend without a drink or two.

"In the flurry of so many emotions that is Mood Swing, it would be irresponsible to deny the possible bias that remains over any experience when one's emotions are electric and sensitive," she explains. "That said, Mood Swing is not done up. It is not overly styled. It is not according to an outdated commercial standard. It is not aggressively contrasting in colors. Mood Swing is like a Parisian park, not a Parisian burlesque club. Mood Swing is meant for consumption right now and should be thought of as a foundation that can only grow into something grander."

Whether intentional or not, she set the cornerstones of this foundation as a kid.

At an elementary school sleepover, she began singing and raised eyebrows among her friends who encouraged CYN to keep going. School wouldn't be so empowering though. Bullied due to "having really curly hair and because my parents couldn't afford certain things," she underwent therapy from the age of ten through high school. Though she characterizes childhood as "not terrible, but tough," CYN journaled it all down, fashioning herself a writer at a young age.

The diary eventually turned into a Soundcloud page where she posted music. After attending Katy Perry's California Dreams Tour in 2011, she contacted the superstar's DJ on twitter. Her music made it to Katy a few years later. Fast forward to 2016, she found herself in Katy's living room performing at a piano and signing to Unsub Records.

She devoted the ensuing years to dropping singles, touring alongside Katy internationally, and writing over 300 songs. CYN paired those down to the six comprising EP. Whistles and ominous guitar give way to snapping percussion on the hypnotic and hook-y first single "Holy Roller."

"I was watching a lot of cult documentaries at the time," she says. "I'm fascinated by psychology in general, so a cult mentality is really interesting to me. I thought, 'What if I wrote a pop song about it?' I exaggerated being drunk from a night out into a holy experience."

Meanwhile, the opener "I Can't Believe" bottles a moment on tour in Mexico and "this ecstatic feeling of living the dream." The final track and second single "Never-ending Summer" fuses a skittering beat and lush production with sunburst melodies. "To me, it sounds like friendship," she continues. "It's the moment before school starts again."

In the end, you'll definitely get to know CYN on Mood Swing -- maybe not everything, but just enough.

"When you listen to this, I hope it makes your day brighter," she leaves off. "A lot of the songs have the attitude that life is not that serious, even though it is. I just want people to feel better."