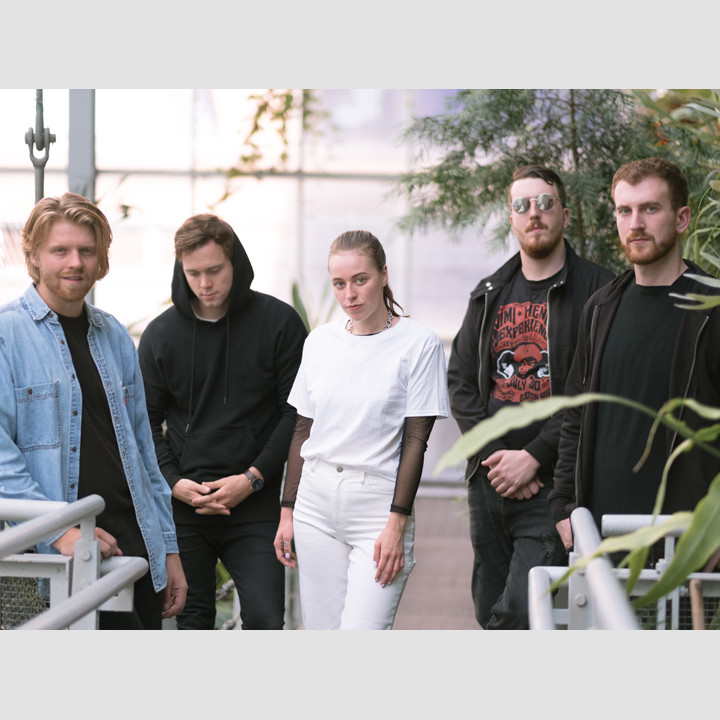 Some artists want to shine a light in the darkness. Common Deer come with an arsenal of floodlights.

Music is a balm in anxious, isolated times. In the hands of this powerful Toronto quintet, it’s a vessel of uplift, a call for camaraderie, an act of resistance against jaded nihilism. Though not explicitly political, the lyrics of vocalists Graham McLaughlin (guitar, violin) and Sheila Hart (keyboards) reflect the zeitgeist: addressing the anxiety of the modern age, crying out for a sense of connection, driven by a sense of carpe diem that stems from personal tragedy. “Trying to create light in the darkness; it’s a mentality we share,” says Graham. They’re not blind optimists peddling escapism, though their live shows are joyous, celebratory affairs, rich with rousing, orchestral pop sound built for festival stages.

Common Deer began in 2013 with Graham, drummer Liam Farrell and multi-instrumentalist Adam Hart, who met while backing up a folk singer in Guelph, Ontario, where most of them were attending university. (Adam attended Wilfrid Laurier University for Honours Music Performance) Liam brought in his brother Connor to solidify the rhythm section, while Adam called on his sister, Sheila, to harmonize with Graham and add her own keyboards, lead vocals and her own songs. Previously, her creative outlet was poetry and short stories; Graham had been writing pop songs since he was 11. In both their harmonies and their shared leads, they create a male-female dynamic rarely heard in pop music outside of Stars, an admitted influence. As if two lead singers weren’t enough, competing for an audience’s attention is Adam, who juggles cello, synth and lead guitar; he is Common Deer’s not-so-secret weapon.Together with Graham, their string arrangements elevate the band’s sound beyond an everyday rock band; as a rhythm section, Liam and Connor also take an orchestral approach to their arrangements. There is never a dull moment on stage at a Common Deer show.

Rather than rush their early demos online, it took Common Deer almost three years to prepare their first EP, recorded with producer Laurence Currie (Hey Rosetta!, Wintersleep) and released in January 2017. It was worth the wait, presenting a major new talent with the vivid sonic space they deserve to inhabit. The new follow-up EP, simply titled II, came together much more quickly: recorded in Toronto with Gus Van Go (Arkells, Whitehorse) over two weeks, balancing the energy of their live shows with electronic percussion, layered strings, and an increased synth presence. Their sense of ambition coalesces in the final track, “Gone,” which features a noir-ish new wave synth lead, a Drake-inspired beat on the verses, Beach Boys harmonies on the chorus, and a double-kick-drum beat on the outro that channels Liam's hard rock influence and satisfies Adam and Sheila's love of metal. The only weird thing about it is that it works.

It’s that same sense of ambition that has catapulted Common Deer from most-promising status to that of serious contenders. They’ve got talent, smarts, youth, the songs and the sonics to make their story an uncommon success.