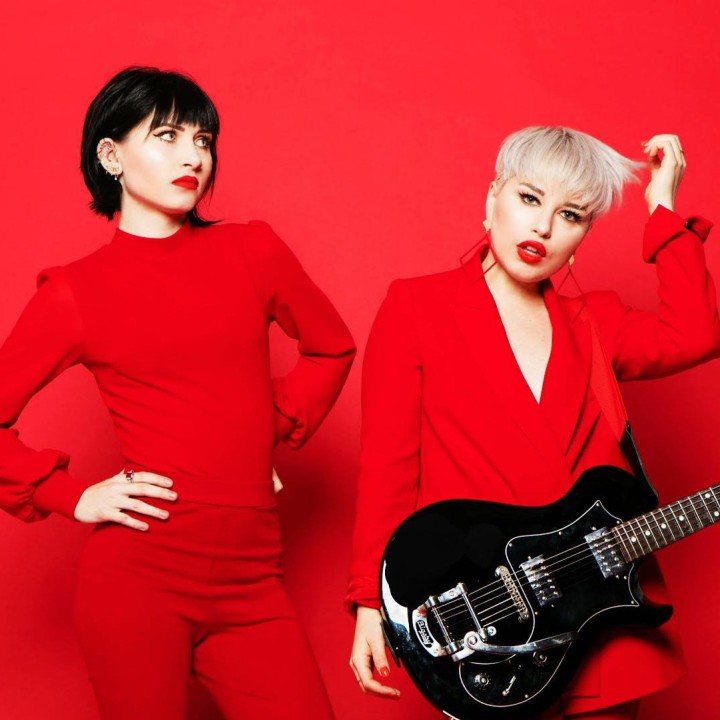 "With chops and confidence that belie their years, the Command Sisters are ones to watch."
- Guitar World Magazine

The Command Sisters have been performing together for over 10 years. Born and raised in small town Alberta, Canada, the sisters honed their craft among their country surroundings, which led them to their first publishing/production deal in Nashville, Tennessee at the ripe ages of 12 and 15.

This opportunity took the sisters on a wild ride with showcases at the famed Bluebird Cafe, a tour in China, a John Lennon Songwriting Contest award, a performance for Yoko Ono during John Lennon's 75th birthday celebration, and a personal invite to meet Prince William and Kate back in the Spring of 2013.

True songwriters and musicians at heart, Charlotte and Sarah have formulated their harmony and guitar-driven alternative pop music with musical influences that range from The 1975 to Hall and Oates. In recent years, the buzz from their live shows and a powerful social media presence have led them to perform tributes to Chaka Khan, Ronnie Spector of The Ronettes, and The B52's at the She Rocks Awards in Los Angeles. These performances secured endorsements from Martin Guitars, PRS Guitars, Marshall Amps, and MAC Cosmetics.

Now residing in Toronto, Canada, the Command Sisters recently signed with Universal Music Canada / 21 Entertainment and are preparing to release their debut album.