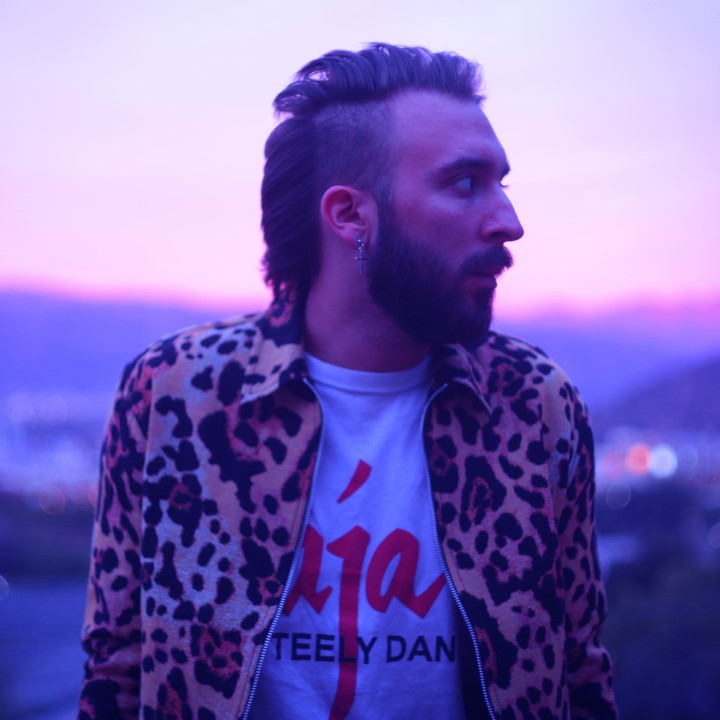 Coleman Hell has crafted a genre-defying Monster of a hit with his affecting single "2 Heads." The mesmerizing track slips the bonds of your standard 'relationship' song immediately upon first listen, wowing bloggers and electro-music fans after repeated plays as it passed the 13 million global streams milestone on Spotify and topped music aggregators Hype Machine and Indie Shuffle soon after its release. Now, "2 Heads" pokes a hole in the denser pop stratosphere as one of the more provocative offerings of 2015; Or, as one astute reviewer pegged it -- destined to be this year's surefire 'pop festival hit perfect for the edges of summer.'

Hailing from the Toronto Canada artist collective sideways, a venturesome songwriting, production, video & design haven featuring Coleman and longtime friends/collaborators La+ch (who produced "2 Heads" with Coleman), Michah, and Shan Vincent de Paul, the tight-knit creative consortium has paid their dues the past few years offering genre-busting songs and videos that always seem to break new ground; Veering from house and hip hop, to nu-disco and folk-electronica and more by cleverly fusing beats atop the catchiest of songwriting shreds, Hell has a knack for pushing the boundaries of existing pop frameworks and delivering memorable choruses to boot. Anchored by his inspiring and unorthodox approach, the Thunder Bay (Canada) native has forged a prolific reputation as an adventurous outlier with a diverse palate.

Ascending musical checkpoints include the 2012 YouTube offering "Glow" which introduced his style-bending chops, and 2013's Stark Raving mixtape which rattled the music blogosphere and drew raves (the Torontoist called it 'ethereal' with 'memorable hooks' that 'stick in your head for days...'). 2014's heat-seeking anthem "You Are My Summer" moved Hell higher on the indie map, reaching #1 on the music discovery site Hype Machine and also garnering significant Spotify streams. "You Are My Summer" also showcased his ability to meld taut influences and emotive wordplay into songs that both capture and challenge the listener. He closed 2014 with the well-received EP Vena, continuing to flex a compelling creative arc about to hit full bloom.

The 2015 emergence of "2 Heads" turned heads, so to speak, with Hell's flair for bold verses and left-of-center hooks adorning darker relationship threads in a realm where 99% of other pop songs worked overtime to mask the seams. "2 Heads" went straight to the top of multiple blogger lists, amassing an enthusiastic following for not settling for run-of-the-mill themes. "I wanted a richer idea for a pop song," he says. "It's about the kind of relationship more of us find ourselves in then we care to admit; Knowing you aren't perfect people, and that parts of the relationship may be complicated, but loving that person so much -- even their faults -- that you try to overcome the hardship, because you do really need and support each other."

Coleman admits to possessing a similar unbridled passion for all forms of music, recalling rifling through his parent's record collection at the earliest of ages and being fascinated with everything from lyrics to album art and the different styles each artist conveyed. "From Steely Dan to Springsteen to Thin Lizzy," he remembers. "Then I grew up in the age of downloading where I could study any genre I wanted," he says. "I became obsessed. It was almost like homework for me, digesting every bit of music I could find in a genre and getting to the heart of why one song works and maybe another doesn't."

Such passion led to a democratic mind-set about the entire creative process. "I don't have a filter that this is cool and that over there is uncool," he says. "You only progress by trying a lot of different things." Buoyed in his embrace of the widest possible canvas by his sideways collaborators (who all moved together from Thunder Bay to Toronto 4 years ago to pursue their dreams) he applies the same creed to all facets of his presentation.

"I feel like recently I've put it all together and found my real voice," he says. "What I'm aspiring to, I hope is a little different. We all play instruments, but in my live show, for example, it's a lot more modern set-up, including a DJ. The key is the music has to come from great songs. I always want to write, good, honest songs -- but deliver them in an unconventional way."

With an upcoming Columbia Records debut album near completion, the charismatic artist seems sure-footed about the future. "Every little milestone has seemed to show more growth," he says. "I've written and recorded a lot of songs people haven't even heard yet. I'm ready." But then again, maybe he's always been ready: "I get asked all the time if Hell is my real name," he deadpans. "It is. But kids never really teased me about it when I was growing up. It was intriguing to them. So I knew early on -- when you're going around with that kind of last name, you should pursue something meaningful."