Chaos In The CBD 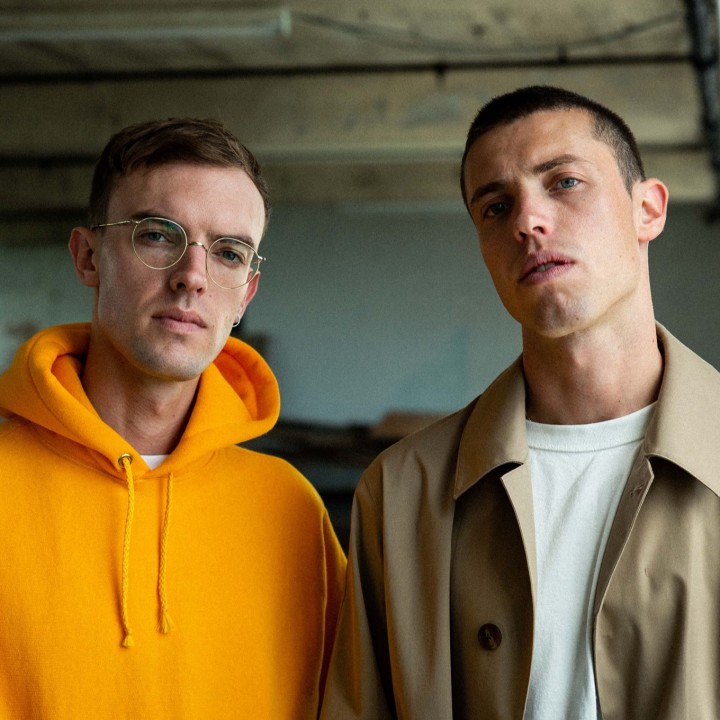 "Walked on the beach, went to a vineyard for lunch, smoked weed, drank too much and got to play my music all weekend: Etta James, '80s stuff, Winans Brothers Louie Vega remix, The Orb and John Tejada's Sweat On The Walls." Ms Helliker-Hales

When your mum sends you texts like the above it's perhaps not surprising you find yourself with a musical career. For the Helliker-Hales brothers in Chaos In The CBD, it's strictly a family thing. They may well be one of the hottest propositions in the current house firmament, but they've still managed to maintain the homespun vibe that comes from growing up in the idyllic suburbs of Auckland.

These days the duo -- Louis and Ben (aka Beans) -- are part of the tight knit Peckham dance community, but the chill summers of New Zealand's North Island still hold a place in their fertile imagination. Having been schooled in the wares of bands like The Cure and Joy Division from their music-mad parents, it's now the boys turning them onto house music and, yes, John Tejada.

The pair has always had a certain drive to succeed right from their early forays into electronic mu- sic after Louis' Damascene conversion from rock to house at a Melbourne rave. He returned a convert, guiding Beans' meandering explorations on Fruity Loops towards the sound of Chicago. They'd stand and watch local heroes like Soane, Dick Johnson, Bevan Keys and Greg Churchill and imagine themselves in the booth. Later, they received lucky guidance from Detroit-born Re- cloose, who washed up on Auckland's shores and stayed several years.

Their move to Peckham, however accidental, couldn't have been timed better if they'd tried. They met local scenester Bradley Zero on a train, the week they arrived.
"I said, 'That's the guy from Boiler Room,'" recalls Louis. "Beans went to say hi and
Bradley said, 'I've actually got some of your records.'
And we were like, 'You got to be kidding. This is crazy.'
He told us about Rhythm Section and the parties and we became regulars."

That fortuitous connection became part of their new network in the buzzy, emerging Peckham, with Bradley later releasing the vaunted breakthrough EP, Midnight In Peckham. Beans' job in Yam Records, round the corner from Peckham Rye station, closed the circle. They might have funny accents, but this was now home.

Nevertheless, it's the memories of New Zealand -- and Beans' chilled outlook -- that produces those characteristically mellow house sounds. "It's testament to just how chill we are; we grew up by the beach," claims Louis, while Ben chimes in: "It's very much a representation of our childhood." Despite their horizontal approach to studio work, their live sets are on a different level.

"Our DJ sets are completely different to how we produce," says Louis. "We play heavy -- not techno heavy -- but it's very rare we'd play a song like that Midnight In Peckham."

Having built a reputation in the studio and followed it up with the constant rigours of the DJ touring life, they're now ready to take stock, step back and examine where they want to be in ten years rather than the afterparty in three hours. They've taken the big step from having a laugh to building a career. "Plans?," queries Louis. "We've got our own label and we invest a lot in that. It means we can release stuff at a rate which we want to. We also have a two tracker for Mule Musiq but then going forward, it's kind of open waters, though we do want to start working with outside labels again, it can be a bit of an echo chamber recording for yourself." The label in question is their ven- ture in tandem with fellow Kiwi Jon Sable, In Dust We Trust, which has so far yielded a sterling set of releases between the trio.

The music industry is littered with warring brothers, from Dave and Ray Davies in the Kinks to the Everly Brothers' Phil and Don. Chaos In The CBD couldn't be more different. "We wouldn't be here doing this if there wasn't two of us," admits Louis."There's just been too many scenarios where I couldn't have done it without him and vice versa. So we lean on each other a lot emotionally. Plus, if something goes wrong, it's only half your fault; if something goes right, you get to share it with someone." Amen to the Chaos.