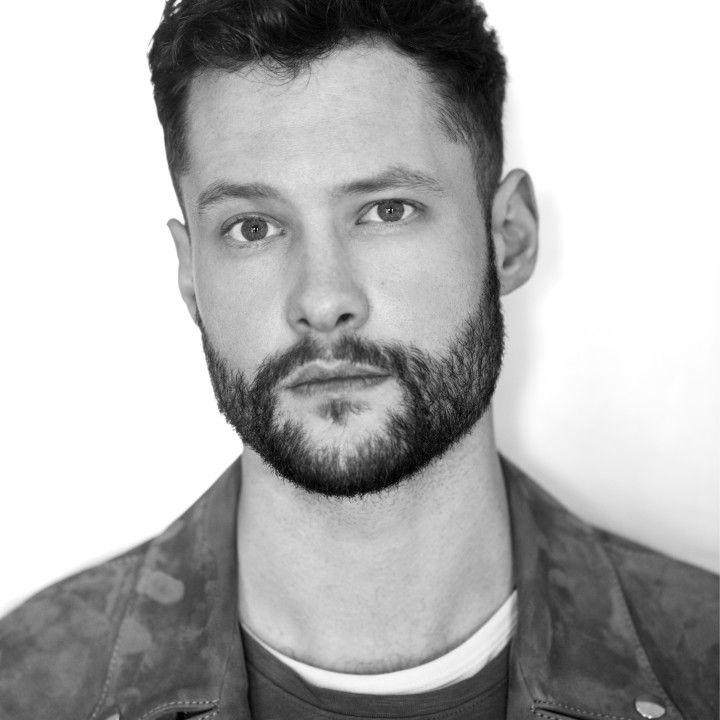 In autumn 2015, after drawing raves for his breakthrough cover of Robyn's "Dancing On My Own," Calum Scott decided to start writing his own material. With his first attempts including a deeply personal track about coming out to his father, the British vocalist soon discovered the cathartic power of songwriting.

"At first I got caught up in trying to write the kind of songs I thought people wanted to hear," says Scott, now 29. "But after a while I realized that the more honest and real I was, the more easily it flowed. It ended up becoming a process of getting out everything that's been on my mind over the years, and it felt very therapeutic."

With his stripped-down and sweetly devastating rendition of "Dancing On My Own" gaining more than 550 million streams worldwide -- as well as earning a Brit Award nomination for Best Single -- Scott is now ready to deliver his full-length debut. Made with producers like Fraser T Smith (Adele, Ellie Goulding), Jayson DeZuzio (Skylar Grey, Imagine Dragons), and Oscar Görres (Taylor Swift, Britney Spears), Only Human showcases the tender yet commanding vocal work he's recently displayed in touring with artists like Emeli Sandé. In releasing his original material for the first time, Scott reveals the rare gift of his songwriting: an intense vulnerability that somehow leaves the listener more hopeful and assured.

The lead single to Only Human, "You Are the Reason" embodies Scott's singular ability to transform pain into beauty. While it began as a meditation on anxiety and its triggers, the gently uplifting track evolved into a story of celebration. "As I picked it apart and looked at it more closely, the lyric 'Without a reason' turned into 'You are the reason,'" says Scott. "So instead of being a song about anxiety, the message became about how the love you feel for the people in your life is more powerful than anything else."

Throughout Only Human, Scott's elegantly sculpted pop centers on his soulful vocals and heartfelt lyrics. With his delicate storytelling, he examines unrequited longing on tracks like the aching piano ballad "Hotel Room." "It's about meeting a guy and becoming so enamored with him, then finding out he's not gay and feeling confused as hell," says Scott. "When that happened I blamed myself for leaving my heart open -- like, 'Why do I have to like that person? How come I can't just turn a corner and forget about it?'" Another quietly piercing number, "Only You" blends graceful beats with lyrics that capture adolescent isolation ("So they bullied me with silence/Just for being who I am"), then pay tribute to a beloved friend who brought him solace.

Even with its close exploration of pain and heartache, Only Human offers many a joyful moment. The bright and soaring "What I Miss Most," for instance, unfolds as a triumphant homage to Scott's hometown. The album also again proves his sophistication as a song interpreter, featuring "Dancing On My Own" along with a starkly arranged and gorgeously fragile cover of Bob Dylan's "Not Dark Yet."

Growing up in the Northern England city of Kingston upon Hull, Scott's singing experience mainly involved belting along to the Shirley Bassey and Queen songs his mom often played in the car. Although he took up drumming as a kid -- and admired his sister Jade for her dedication to singing and dance -- Scott entered the workforce right after high school with no intention of venturing into music. "Then about four years into my job, I'd gotten incredibly sick of making photocopies and cups of tea," he recalls. "I just knew it wasn't what I was meant to do with my life."

With his love of singing still strong, he'd sometimes mess around with Jade's audio equipment when no one else was home. "One time I was singing away, thinking she was out, and my sister heard me," he says. "But instead of saying something, she signed me up for a singing competition without telling me." Struck with stage fright, Scott dreaded the thought of singing for strangers. "I remember hiding in the bathroom at the competition and trying to find an escape, but the window was too small to climb out," he says. "And then before I got up I asked to use a microphone stand -- I was shaking so bad, I was worried the cable would end up lassoing people in the audience."

Despite all that anxiety, Scott managed to make his way through his performance of "Last Request" by British singer/songwriter Paolo Nutini. "I just sank into my own world, and tried to channel what the person in the song was feeling," he says. "By the end I was still shaking, but I didn't want to leave the stage. It ignited a passion that I'd never felt before, and ever since then I've made it my mission to sing." (As a sign of gratitude to Jade, Scott later penned the heartwarming and harmony-laced "Won't Let You Down" for his sister and included the track on Only Human.)

In 2015, Scott performed his poignant version of Robyn's 2010 electro-pop classic, "Dancing On My Own" on Britain's Got Talent, then emerged as a semi-finalist. Self-released the following year, the track hit No. 1 on iTunes in 11 countries and became the best-selling UK single by a British solo artist in 2016. "I heavily related to those lyrics, as far as being gay and not knowing how to be okay with it," he says of "Dancing On My Own." "I'd had many situations where I watched someone get into a relationship and wanted so badly for it to happen to me." In the whirlwind surrounding "Dancing On My Own," Scott performed on shows like, Late Night with Seth Meyers, The Ellen DeGeneres Show, Good Morning America and more and later set out on his first headlining tour of the US -- all while writing and recording songs for Only Human.

In choosing the title for his debut, Scott looked to the lessons learned in his first songwriting experience. "A lot of these songs are me arguing with myself about how I feel, or getting agitated because there's no way of controlling my emotions," he points out. "As much as it was like therapy for me to work through that in my writing, I want it to be helpful for other people too," Scott continues. "To me Only Human means being okay with how you feel, and getting rid of all that shame. My hope is that these songs encourage people to embrace who they are, so that there's a little less fear in the world and a lot more love."