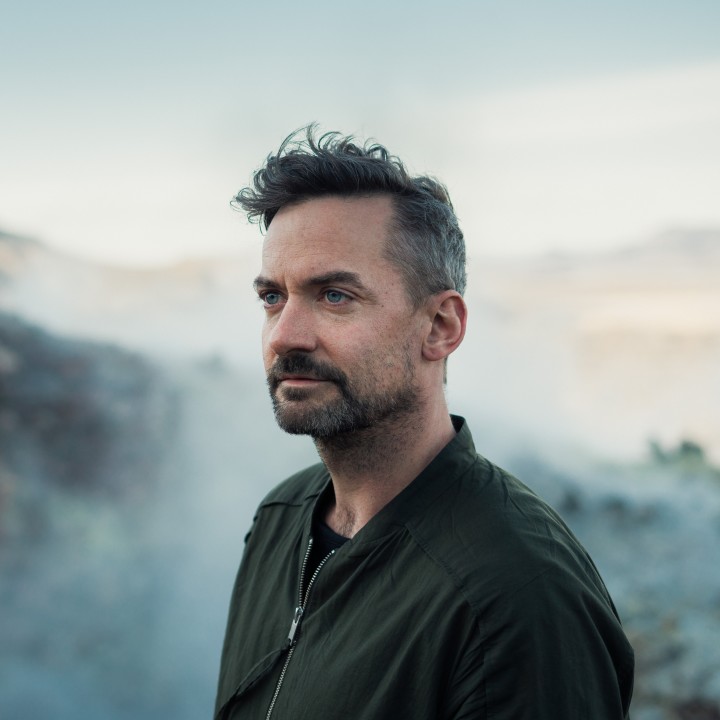 Bonobo's rise has been stealthy but unstoppable, and Si Green, the man behind it all, is now one of the biggest electronic artists of our time. As a DJ and with the Bonobo live band, he's now played to millions of people across the world in shows and festivals, and each album has been bigger than the last with 2017's Migration hitting the top five in the UK and top ten in the Netherlands and Belgium and getting untold press coverage everywhere. During this rise, he also achieved the rare feat for a British dance artist of breaking America – and not with the kind of high-octane shock-tactic rave beats and audiovisual spectaculars that characterised the EDM explosion, but with subtle, emotional, ambiguous and musicianly work that demands long and deep immersion. This was cemented yet further by two 2018 Grammy nominations, one for Best Dance/Electronic Album for Migration and the other for Best Dance/Electronic Track for 'Bambro Koyo Ganda (feat. Innov Gnawa)'.

It began in the southern English countryside, perhaps appropriately for someone whose music often has pastoral undertones. Si's upbringing was rustic, first in Hampshire, then a little to the east in Sussex. His mother stayed at home raising Si and his sisters, and his father worked in the pharmaceutical industry by day – but in his spare time was a musician in the English traditional folk scene, achieving some renown for his accordion technique. It was a quietly cultured upbringing, but the quietness of the countryside also brings boredom – and with that came a love of going out to the woods with friends, first just a few around a campfire, then later in his teens with many more to go looking for illegal raves.

Si soon gravitated to Brighton on the south coast of Sussex, a town long possessed of a hedonistic attitude and home to a thriving club scene. By his late teens, as well as rave music, he'd soaked up experimental indie and shoegaze sounds, and was passionate about hip hop to the point that he'd already started digging back into the music that was sampled by its beat-makers, discovering funk, jazz and more. And Brighton's music scene was the prefect place to indulge this eclecticism. Although, in the mid-1990s, it was best known for pumping house music, big beat and hippie ravers playing Goa trance, there was also a deep rooted and open minded funk and hip hop scene – where DJs' playlists extended into everything from Afrobeat to old psychedelic rock to Brazilian grooves to drum'n'bass – which he dived into.

It was here that he met Amon Tobin, then just getting established, who he watched and learned from in the studio. He also hooked up with Rob Luis, a DJ mainstay in the town, and Will Holland aka Quantic. The three of them started a club night called Phonic:Hoop, with an anything-goes-as-long-as-it's-funky ethos, and in 2000 Rob signed Si's first productions to his fledgling Tru Thoughts label. The drifting, dreamy beats and psychedelic sitars of first single “Terrapin” caught people's imagination across the UK and beyond, and Si started to think that an actual career in music might be possible. Not long after his first album on Tru Thoughts, he was signed to the larger Ninja Tune, and began the steady record-by-record ascent that has brought him to where he is today.

It wasn't quite sure where he fit, though. His success caught the tail end of trip hop and the rise of what became known in the early 2000s as chillout – while when he made his first tentative trips to the USA he discovered he was bracketed with a very nerdy kind of abstract hip hop scene. But he was always a step or two removed from all of these: complex, emotive and musical, but also fun. As it transpired, there could not have been a better home for him at this point than Ninja Tune. They too were negotiating the territory as 90s breakbeat culture dissipated, and were exploring new spaces and committing to letting artists develop in the long term. Instead of chasing trends or being expected to repeat himself, Si was given license to do his own thing.

All of which goes a long way to explaining the stately confidence of Bonobo's music, and also the steady nature of his rise. Given the unique artistic support that Ninja Tune could offer, he was able to let each piece fall into part at the right time. Absorbing the UK bass developments of the nascent dubstep scene and everything else that was happening around him, Si's sound matured, and his audience grew. Around 2006, he discovered that a mystique and fan community had grown around him in the burgeoning social networks of music messageboards, filesharing networks and MySpace, and that there was now a huge demand for his music on its own terms – rather than as part of a fad – in the States. So he began touring bigger and bigger venues there, then gradually building a live band and playing headline shows.

And that's how it's progressed. Si relocated to New York and then to Los Angeles. Each record and tour has been bigger, always with the support of Ninja Tune who excel at letting things unfold at their own pace. There’s been milestones like the hookup with vocalist Andreya Triana that helped make Black Sands such a distinctive piece of work in 2010 and opened up new levels of support and reputation for the live shows, like the gigantic show in London's Alexandra Palace that marked the climax of the North Borders tour – a tour which in total would see him going around the world for three years solid. The big picture has been one of slow and steady growth, as evidenced by the fact that the Migration Tour will wrap up once again with two homecoming shows at Alexandra Palace. Other recent live highlights include headline festivals slots at Wilderness, the Manchester International Festival and a main stage performance at Coachella.

There's been a lot of fun and triumph along the way, and pain too. Touring so relentlessly isn't conducive to stable relationships (“it comes in like a tornado and wrecks everything,” says Si wistfully), and he's not long since had to deal with his parents' passing too: all aspects that feed into Migration's emotional depths and conceptual themes of change and flux. But tying it all together is absolute dedication to crafting the Bonobo project without compromise, that hasn't changed in a decade and a half. Si is still close with many of the same friends from his Brighton days, and though he is painting on a vastly bigger canvas than back then, you can still feel the good-time grooves, dancefloor scholarship and delight in detail that fed into those first Tru Thoughts records.

What comes next? In a sense more of the same: like all Bonobo records Migration is one that is only going to grow as people absorb its subtly unfolding narratives and the rich layers of visual art around it courtesy of photographer and filmmaker Neil Krug, and as the band takes it on the road. Now, though, Bonobo has a new set of musical kindred spirits: the likes of Four Tet, Caribou, Floating Points aswell as Jon Hopkins and Nick Murphy FKA Chet Faker (who both feature on Migration) are all equally steadily on the rise, showing that huge audiences can be reached with music that's cerebral, emotional diverse, and laid-back without being anodyne.

Perhaps it's generation EDM growing up and wanting something subtler, perhaps it's the eclecticism that the internet afforded reaching maturity, but whatever the root causes, there's a big part of the zeitgeist that Bonobo has helped to define. All of which means new audiences and new challenges. Si Green might profess to have outstripped his own goals, and to be very contented with his success, but another chapter of the Bonobo story is starting, and you can bet on it containing as much excitement and constant exploration as everything he's done up until now.