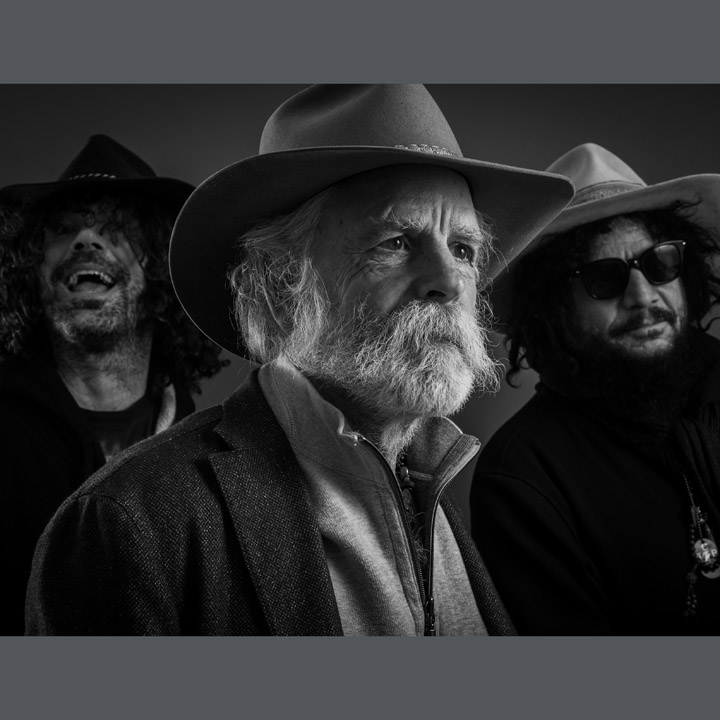 For the first time in ten years, Bob Weir will release a new solo record, Blue Mountain, on September 30 -- marking his debut project since signing with Columbia/Legacy Recordings, a division of Sony Music Entertainment. The release is his first album of entirely original material in thirty years and will be available on CD, 2LP vinyl, and digital. Producer Josh Kaufman partnered with Weir on the album, which features songwriting collaboration with Josh Ritter and performances from guitarists Aaron Dessner and Bryce Dessner and bassist Scott Devendorf. Drawing on his earlier experiences working on a ranch in Wyoming as a teenager, Weir joined with Ritter, the Dessners, Devendorf and Kaufman to celebrate those times with twelve new songs. Adam Block, President of Legacy Recordings notes, "We're so pleased to welcome Bob Weir to the Columbia/Legacy family and absolutely thrilled to partner with him to share these stories and this beautiful record with the world." The album was recorded at a variety of locations on both coasts, including studios in Woodstock, NY and San Rafael, CA over the spring and fall of 2015. A host of fellow musicians appear alongside Weir on Blue Mountain including Ray Rizzo (drums, harmonium, harmonica, backup vocals), Joe Russo (drums), Jon Shaw (upright bass, piano), Rob Burger (keyboard, accordion, tuned percussion), Sam Cohen (electric guitar and pedal steel), Nate Martinez (guitars, harmonium, backup vocals), Jay Lane (drums, vocals), Robin Sylvester (upright bass, vocals, hammond organ) and Steve Kimock (Lapsteel). Providing backup vocals are The Bandana Splits, comprised of Annie Nero, Lauren Balthrop and Dawn Landes. Kaufman produced the record with engineering by Dan Goodwin. Weir is one of the founding members of the legendary Grateful Dead, which received a Grammy Lifetime Achievement Award in 2007. The band also appeared on Forbes' list of top-grossing entertainers and in the early '90s were the highest-grossing concert attraction in the U.S. Since establishing the band in 1965, Weir has become one of rock's finest and most distinctive rhythm guitarists. Earlier this year he received the inaugural Les Paul Spirit Award. Weir has also performed with many other acts including The Other Ones, Kingfish, Bob Weir Band, Bobby and the Midnites, Scaring the Children, Ratdog and Furthur, co-led by former Grateful Dead bassist Phil Lesh. His first solo album, Ace, was released in 1972. Most recently, Weir has been performing with Dead & Company, which features Grateful Dead members Mickey Hart and Bill Kreutzmann along with Grammy-winnerJohn Mayer, Oteil Burbridge and Jeff Chimenti. 2014 saw the release of "The Other One: The Long, Strange Trip of Bob Weir," created by Netflix which premiered at the Tribeca Film Festival. Additionally, an Amazon film series based on Steve Parish's 2003 book, "Home Before Midnight: My Life on the Road with the Grateful Dead," is currently in development with Weir serving as an executive producer.