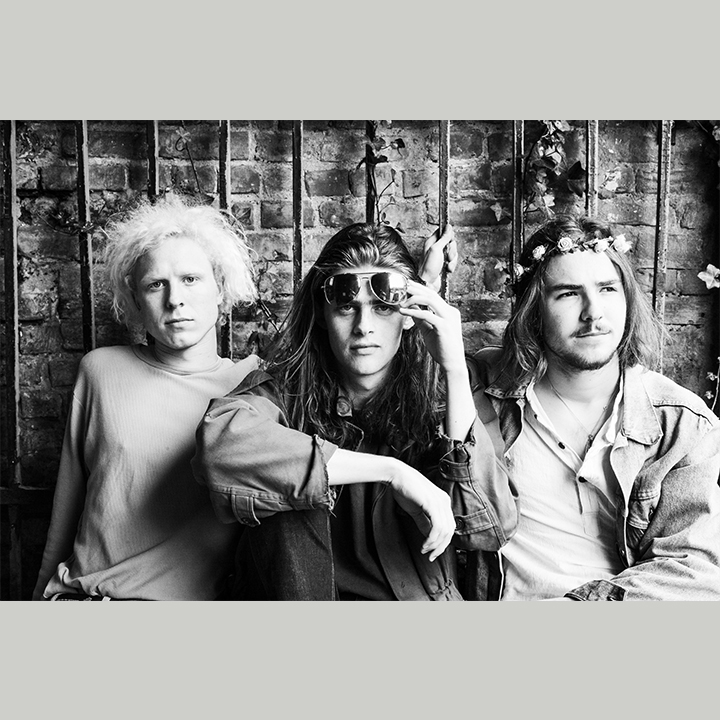 The story of Blaenavon's debut album might be quite easily told: three teenage friends who entered a school talent contest, posted their songs online, and sprawled their way through early gigs, gathering a devoted fanbase and critical acclaim as they went. A band who, after the juggle of exams, EPs, record company attention, have finally delivered a debut album that is sumptuous and thrilling and brave.

But it is also a story of a more complicated time, a coming of age of sorts, of 12 intensely personal songs that explore friendship, sadness, hope, love held and lost, and all the confusions of youth in a world that is slowly revealing itself.

Ben Gregory, Frank Wright, and Harris McMillan were 14 and living in Hampshire when they first performed a slightly shambolic cover of Muse's "Knights of Cydonia" in front of a judging panel of three geography teachers sitting on plastic chairs. The teachers were bemused, their fellow students rapturous, the boys themselves so lit up by the experience that they took up residence in a bedroom at Wright's house, recording as they wrote, swiftly posting their songs to Soundcloud. It was a process that proved impulsive, instinctive, compelling -- and they soon caught the attention of Transgressive, the record label that signed them early on.

In the years that followed, the teens released a handful of songs, focusing more of their attention on their A-levels -- on studying jazz double bass and Mary Shelley's Frankenstein, than the pursuit of rock stardom. Following their graduation, however, they made the decision to postpone college to record their debut album.

The band worked with producer Jim Abbiss (Arctic Monkeys, Adele, Bombay Bicycle Club) to create That's Your Lot, whittling down their clutch of 100 songs, helping to find their sense and common thread.

Gregory is a remarkable lyrical talent, at times inspired by the writing of Herman Hesse and Evelyn Waugh and the songs of Elliott Smith, but with his own distinctive style: an openness, a keen wit, an eye for beauty. On bass and drums, Wright and McMillan provide Blaenavon's musical backbone; a sound that is ambitious, majestic, ferocious, and refined.

To see Blaenavon live is to be struck by a sense of invincibility, and even at their earliest shows -- even when they played their first London gig at the Barfly in 2012, they were infused with that same pluck and spirit. In this collection of songs, as in their stunning live shows, the sheer force of this band seems undeniable.

And in Gregory, it is impossible not to see the kindling of an artist coming to recognize his band is destined to be something special. "That's Your Lot," he says, mulling over the ambiguity of the album's title. "Is this a parting message? A final goodbye? To a person or from us as artists? Is it more about the idea of fate and acceptance of what the world has planned for you?"