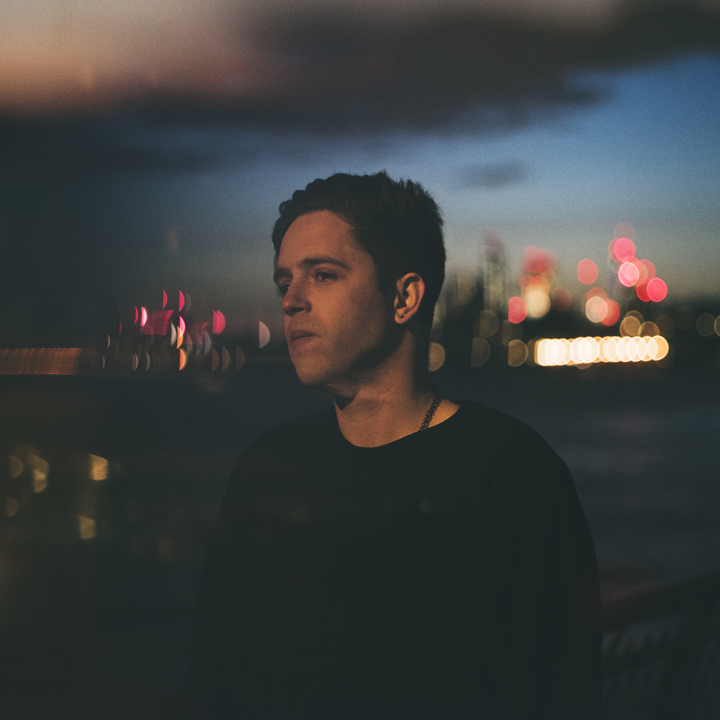 In a world where electronic production is increasingly drowning out the acoustic guitar in the arsenal of the singer-songwriter, Benjamin Francis Leftwich is unafraid to stick to the classics. Expansive and transcendent though his music may be, it’s always rooted in those six strings and that hollow wooden body.  Like that music itself, Leftwich’s reasoning is beautifully simple, and yet carries a hefty backstory. “As long as that instrument is my tool in the writing process,” he says, “it’ll always have a place on the record.”

Raised in the Yorkshire countryside in the North of England, Ben moved away two years ago, heading for Tottenham in London. “Yorkshire’s beautiful,” he says, “that scenery and the coast and the air will always inspire my music, but I don’t have to be there. I lived it and breathed it for a while.”

Tragically losing his father to lung cancer in April 2013 was the impetus Ben needed to make a change to his surroundings – one that manifests itself in his long-awaited second album, ‘After The Rain’.

His father’s death came at the peak of Ben’s successes with his debut album, 2011’s critically lauded ‘Last Smoke Before The Snowstorm’. Stuck between tours and caring for his ailing father back in Yorkshire, Ben invited producers up to his hometown to attempt to work on new material, to muted results. “I just knew that I needed to not do this for a while,” he admits of his mental state following his father’s passing. “For me, I just needed to live outside of music.”

Moving away from his dad’s old house, Ben took himself around the globe in search of solace, flying out to Sydney to reconnect with his family on the other side of the globe. Finding professional and medical help along the way, it took the eventual, natural rediscovery of his creativity to finally pull Ben out of the darkness.

‘After The Rain’ is the sound of Benjamin finding peace with himself once more. Written during those months which saw him at his lowest, it’s a record that exists between the light and the dark, unafraid to dive deep into both at any moment.

‘Tilikum’, the album’s opener, was written in the living room opposite Ben’s father’s old house. Following a solo, October 2013 trip to a secluded part of the Lake District, recording gear in hand (a distancing experience Ben now describes as “the worst mistake of my life”), he returned to York desperate to glean positivity from the isolation he felt.  ‘Tilikum’ is what ensued; the struck match on an energy that fed into ‘After The Rain’’s creation.

Energy is a concept that flows through everything Ben touches. From his long-standing, fanatical love of hip-hop (“Sometimes there’s a thing, where I say, ‘I really like that Drake song’, and people are like, “No, you sit by the sea and wear cardigans!” he laughs), to an obsessive dedication to compiling playlists of his favourite songs, the colour and vibrancy of ‘After The Rain’ could only come from a man so dedicated to music.  Throwing himself back into the mix after that much-needed time away, it’s a record that thrives on that return to his beloved art form.

From ‘Mayflies’, a track constructed around a doomy, electronic sample, to ‘Some Other Arms’, a heart-on-sleeve confessional written during his time in Sydney, after “selfishly” letting go of a former lover, Ben’s horizons continue to expand. ‘Summer’ finds Ben at his most expansive, the soft airiness of that unmistakable vocal finding new life amongst a blossoming backdrop, before album closer ‘Just As I Was Waking Up’ strips things right back to just Ben and that golden acoustic. “It’s cool to explore all those extremes,” Ben says of his passionate foray into all manner of realms. “I really dig that freedom.”

Five long and trying years after the release of his debut, Benjamin Francis Leftwich is ready to lay himself bare with ‘After The Rain’. “If one person emails me and says ‘This is the most moving song I’ve ever heard and it really helped me’ – if it gets one person like that, I’d be really happy,” he says, humbly. With a record as both effortlessly beautiful and hauntingly honest as ‘After The Rain’ to his name, he’d do well to strengthen his inbox.