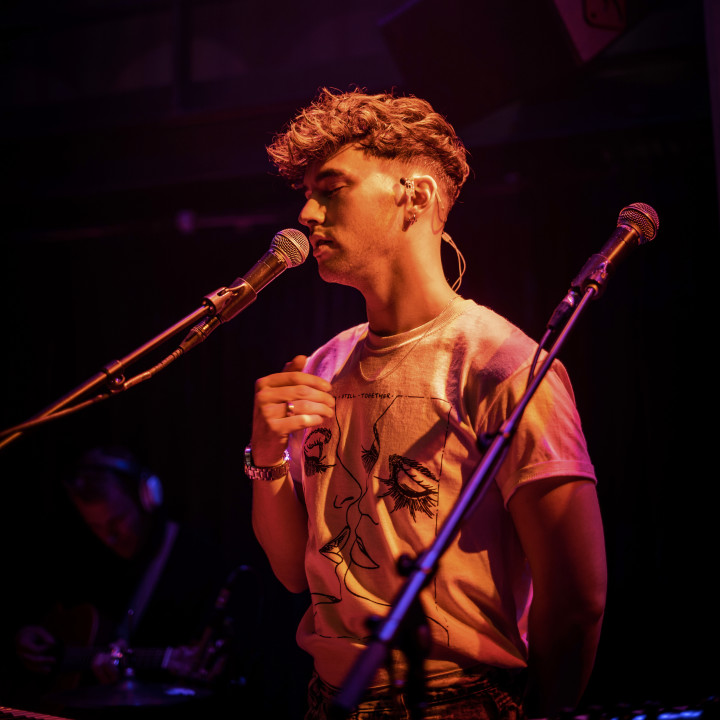 His refreshing vulnerability and distinct brand of melancholic pop has pricked the ears of tastemakers BILLBOARD and CLASH. A frequent collaborator, teaming up with the likes of Tim Bran (London Grammar, Birdy, Rae Morris) and Justin Tailor (Rina Sawayama, Shamir), his efforts have seen him championed as “sensational” and “a name to look out for” in the eyes of Sir Elton John on his Rocket Hour radio show.

An artist who craves to perform, Benedict has played across Europe supporting Duncan Laurence. He’s also opened for Tom Walker and Emily King at home in the UK, as well as performing alongside icons Stevie Wonder and Lionel Richie at the British Summertime Festival in 2019. Though 2020 saw the cancellation of touring, Benedict released his profound ‘Piano Tapes Volume II’ EP and worked on brand collaborations with fashion house Mugler and the mental health charity CALM, plus the writing and recording of ‘Secrets I’ll Never Tell' and his podcast miniseries of the same name.

With his sold-out headline shows at London’s renowned The Jazz Café in July and Amsterdam’s Melkweg in November, plus his recently announced residency at St James' Church, Islington in the autumn, 2021 is on track to be Ben’s most noteworthy year yet as he continues to prove himself as a bona fide one to watch.