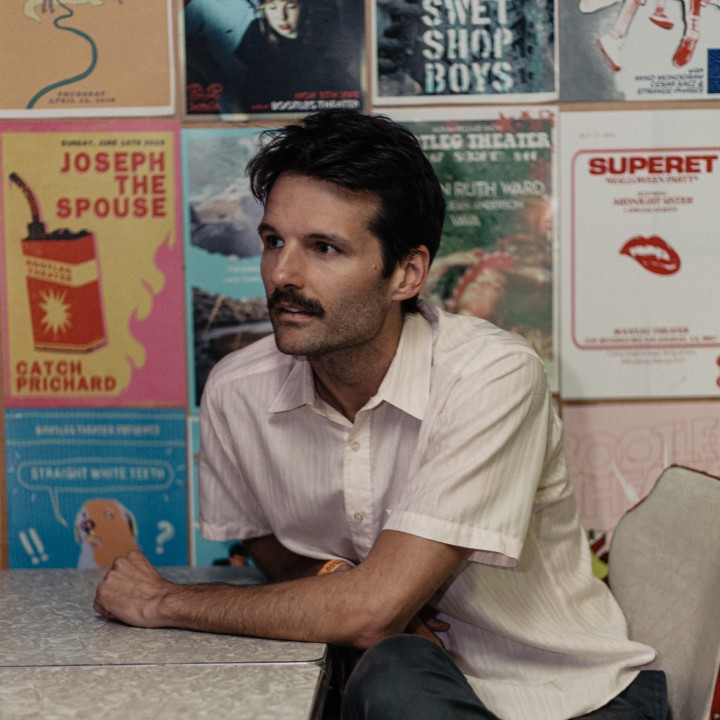 Originally from Bath, Maine, Zach Hurd took the name Bay Ledges from an area of land he grew up on in the Maine woods. As a kid, he spent time listening to the records his parents played at home, Aretha Franklin, The Beach Boys, James Taylor, and later found a love for grunge and hip hop. He began playing guitar in middle school and immersed himself in songwriting in his teens. After college, spending some years in NYC, playing clubs, recording and writing, he decided to maove to Los Angeles. Feeling creatively burnt out, Hurd decided to start something new, a project that would just be for fun. He began working on his laptop, chopping up guitars, manipulating vocals and crafting little songs he’d share with his sisters and close friends.

Eventually, Hurd decided to release these songs along with a track called “Safe”. Despite making little effort to promote the music, “Safe” quickly landed on Spotify’s Fresh Finds playlist and climbed the Global Viral chart, paving the way for Bay Ledges signing to S-Curve Records.

As the Bay Ledges sound has evolved over the years, Hurd makes a point of maintaining the playful experimentation he first brought to the project. “I look at those early songs kind of like paintings, where they have a lot of little details going on that give them personality,” he says. “I’m collaborating a lot more these days but I still try to bring that spirit of lightness and fun that feels like a signature of the project.” At the same time, Hurd has also deepened his songwriting, building his most recent EP, In Waves, on sad songs that feel hopeful. “It’s generally easier for me to write from a place of lack,” he notes. “But I still try to make it optimistic or poke fun at myself, even if there’s heartbreak in there. I like blending the happy and the sad.”

Now at work on the fourth EP from Bay Ledges, Hurd is planning to release several singles throughout 2020 that will continue to showcase his finely detailed, brightly textured breed of indie pop and share it onstage with fans around the world.