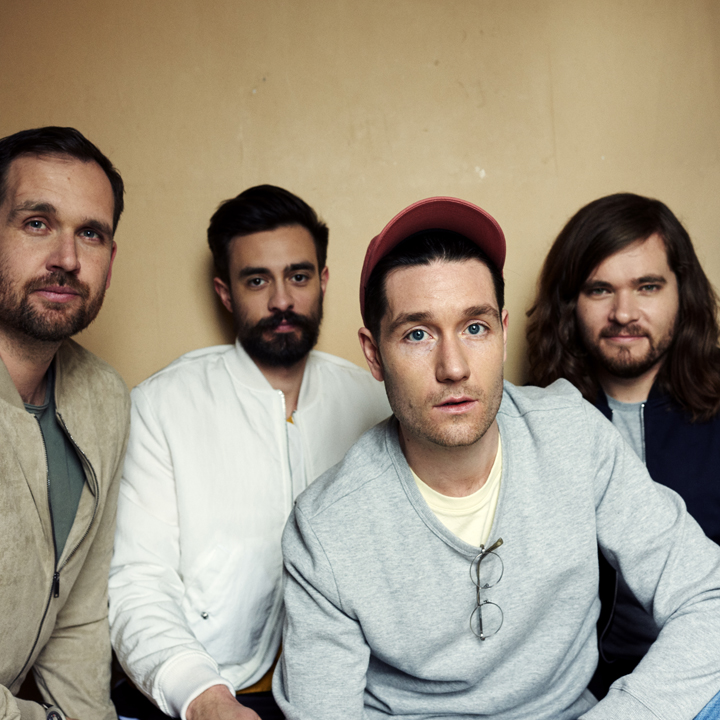 Over the course of nearly a decade together, Bastille’s unique sound – that cinematic, melancholic pop that masks the bleak realities reflected in their lyrics - has connected with audiences across the globe like no other British band in recent memory.

In 2011 South Londoner, Dan Smith, started Bastille alone in his bedroom, releasing 300 copies of Bastille’s debut single. Relentless gigging, genuine word of mouth, some smartly curated mixtapes meant that within a few years -- and with Chris Wood (drums), Will Farquarson (guitar) and Kyle Simmons (keyboards) added to the line-up, Bastille became a global phenomenon. The band’s chart-conquering twice No.1 debut album Bad Blood, which featured the international hit, Pompeii was the biggest-selling digital album of 2013.

They became that year’s biggest-selling global breakthrough act, with over a billion Spotify streams earning them the British Breakthrough Act award at the 2014 Brits, along with two Grammy nominations. Bastille’s second album Wild World retained the vivid, rich, filmic song-writing of its predecessor but pushed the band’s distinctive sound in exciting new directions. Like Bad Blood, the album scored a No.1 in the UK and Top 5 in the U.S with the record’s lead single, "Good Grief" achieving the most week-one streams ever for an alternative single and scoring them a nomination for British Group at the 2017 Brits.

In 2018 the band collaborated with Marshmello on hit single, “Happier,”. The track topped charts around the world, with cumulative streams exceeding 3.5 billion, is now certified 5x Platinum in the U.S. and has sold more than 15 million units in the rest of the world. It has spent a record-breaking year at No. 1 on Billboard's Hot Dance/Electronic songs tally. The same year they played the Re-Orchestrated tour, with a show at London’s prestigious Albert Hall, reworking their songs to feature a live Orchestra and choir. The tour received rave reviews from critics describing it as brilliant, bold and brave.

Bastille’s current album, Doom Days, has received huge critical acclaim and charted in the top 5 in both the UK and U.S, the only UK band to have achieved this chart landmark alongside The Beatles and Queen in 2019. The record finds the band at their most lyrically provocative, most accomplished, and most vital and charts the course of one night in search of distraction from the surrounding apocalypse.

The four-piece continue to cement their reputation as one of the world’s most captivating live bands having just completed an extensive two-month long U.S tour ahead of The Doom Days club tour dates in the UK later this month.