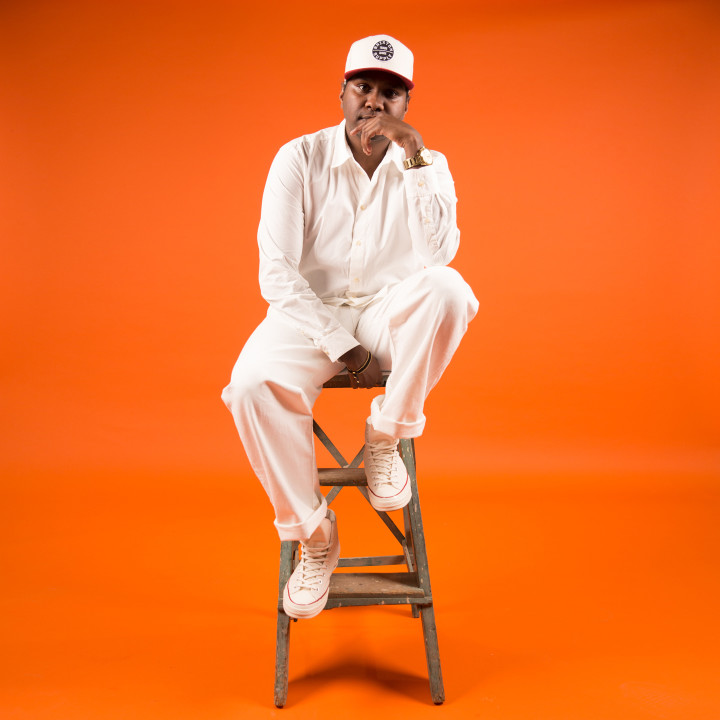 In Arnhem Land they call Baker Boy the "fresh new prince." His totem is the Olive Python, his moiety is Dhuwa and his skin is Burralung/Gela boy.

Born in Darwin and raised in the remote NT communities Milingimbi and Maningrida, Danzal Baker aka Baker Boy is the freshest new Yolngu hip-hop talent from the Top End. Young, strong and proud Baker Boy raps in Yolngu Matha, the language language of the Yolngu People of Arnhem Land.

Since Baker Boy's debut single, 'Cloud 9' in 2017, he has become a multi-talented, multi-lingual artist, working across rap, dance and acting, and he hopes to inspire younger generations to embrace their culture and become leaders in their communities.

New single 'In Control' was co-written with award-winning writer/producer and multi-instrumentalist Pip Norman (Troye Sivan, Tuka, CXLOE). Featured on the freshly baked track is the T.I.M.E (Thornbury Instrumental Music Experience) Crew of Thornbury Primary who contribute their raw and energetic vocals to the track.

Rapping in his native language Yolngu Matha, Baker Boy says of his new single, "In Control encourages not only kids, but everyone to be brave and confident in taking control of their futures. No matter what challenges they're facing or how many times they've been knocked back, it's about having the right mind set and supporting yourself to be the very best version of who you are and to achieve all your dreams, no matter how young or old."

The rising Indigenous rapper has one of his biggest supporters contributing to his new release. Danazl's father Josiah Baker, who previously appeared in his music video's 'Cool As Hell' and 'Marryuna feat. Yirrmal ("Dance"),' paints the crosshatching on the original artwork.

Says Danzal, "Painting in the style of crosshatching is symbolic of where I am from, North East Arnhem Land. I wanted to use this art style because it represents me and who I am, I want to show everyone out there that I am proud and I want to encourage them to also be proud of who they are and where they come from."

'In Control' is the follow-up to the strikingly upbeat single 'Cool As Hell' with over 2.5 million streams globally. The single has further rocketed Baker Boy's success, jam-packed with his hallmark positive messages. Baker Boy will be performing at Yours & Owls Festival, Festival of the Sun, Falls Festival and other shows coming up.

Baker Boy has everyone talking, and is destined to be one of this country's greatest hip hop stars.