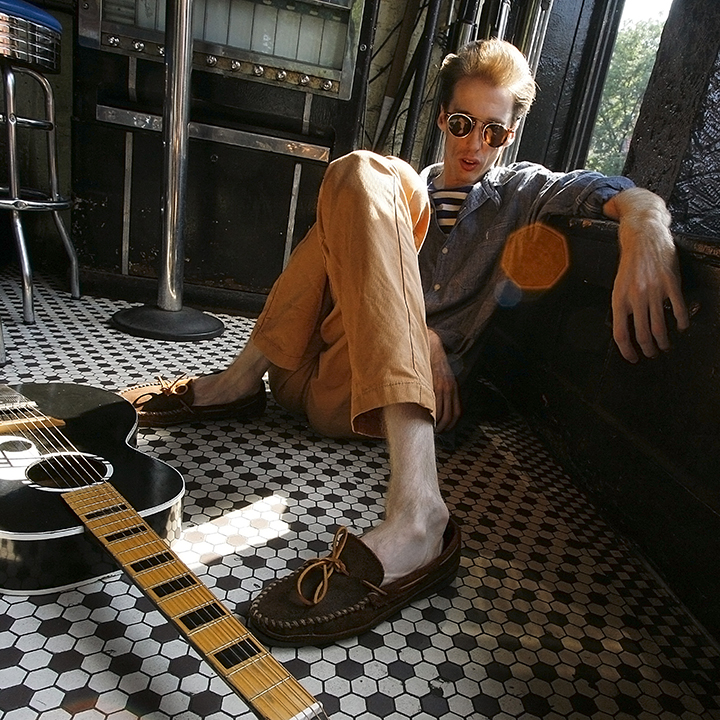 Atlas Sound is the solo moniker of Deerhunter frontman/provocateur Bradford Cox, so named since 1994, when a sixth-grade Bradford made recordings on a karaoke cassette machine bearing the words 'Atlas Sound.'

Though it was Cox's earliest musical incarnation, it wasn't until 2008 that the first Atlas Sound album emerged, Let The Blind Lead Those Who See But Cannot Feel. The genesis of the record can be traced back to those sixth-grade musical experiments; a time when he discovered through reading a Beck interview that his family's disused karaoke machine could be used as a rudimentary multi-tracking device. As Cox's tirelessly updated blog attests, with its caverns of freely available covers, demos and mixtapes, such recording processes are central to his music, colouring the intimate feel of Atlas Sound in a manner more apparent than when writing under the guise of Deerhunter.

If its predecessor was a record of fragile beauty and acute experimentalism that spoke of its bedroom genesis, the second Atlas Sound album, Logos, arrived in 2009 with a far more rooted pop sensibility. Featuring collaborations with Animal Collective's Noah Lennox and Laetitia Sadler of Stereolab, the album expanded on the often-insular tendencies of the first Atlas Sound record, this time outward gazing and almost sunshine loving in its ebullience. Moving away from piercing introspection and towards a grand pop plateau, Cox managed to translate his music into a more universally engaging form while retaining the intimate charms of the project.

Citing the "ideas that I can't make work with a five piece rock band" as the basis of his solo material, Cox's work as Atlas Sound represents a feral and prolific musical voice. With its scorched beauty, stream of consciousness, and wonderfully cohesive pop narrative, Atlas Sound is another outlet for Cox's relentless creativity, distinctly remaining the product of just one man's vision.