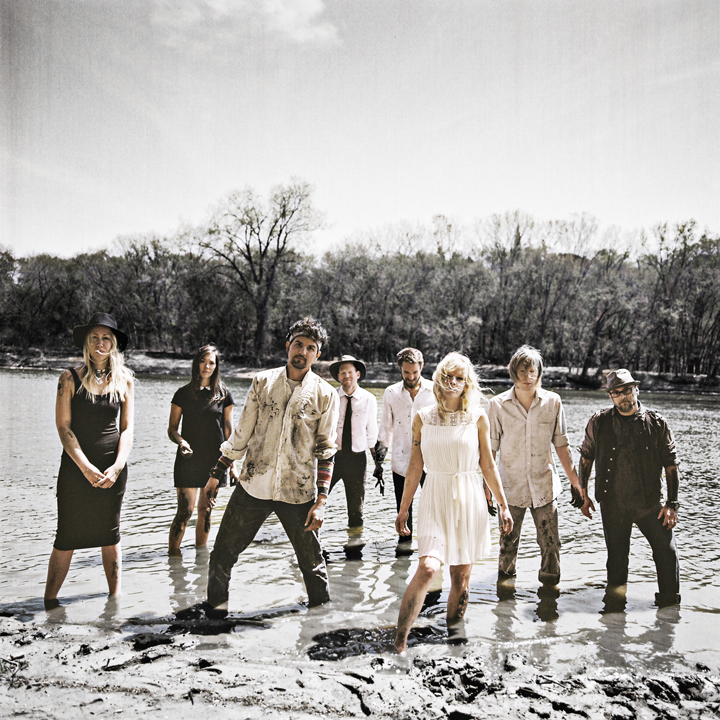 Cloud Cult began as Craig Minowa’s solo studio project, and over the course of ten studio albums the band has grown with an evolving lineup of musicians.  Cloud Cult's philosophical lyrics and hybrid orchestral rock sound has brought the band accolades including Pitchfork reviewing the band’s work as “insane genius” and recent features in NPR’s On Being, Entertainment Weekly and KCRW. The band has had several albums at the top of the North America college radio charts but has declined major record label deals in favor of staying independent. The common thread through Cloud Cult’s music and films is their uplifting message, continual celebration of life, love and catharsis through music.

Cloud Cult's industry-leading environmental practices led to Rollingstone ranking the band in the Top 10 greenest bands. Cloud Cult’s founder Craig Minowa and his wife Connie formed Earthology in 1999, a 501c3 not-for-profit organization focused on providing individuals, schools, and business tools for environmental sustainability. Minowa created the Earthology Records branch to help green the music industry and co-developed the first 100% post-consumer recycled CD packaging in the U.S. market. The band began zero net greenhouse practices for tours long before it was trendy and their merchandise is made of 100% post-consumer recycled or made of certified organic materials. On top of that, Cloud Cult has planted several thousand trees to absorb the band's CO2 output, their studio is powered by solar energy and built partially from reclaimed wood and recycled plastic and they donate heavily to projects that build wind turbines as revenue generators on Native American Reservations.

The band has toured consistently throughout their career and their shows feature live painters on stage, a longstanding tradition for the group (read more about that HERE Wall Street Journal). Despite touring for nearly two decades, Cloud Cult continues to sell out the majority of their shows including two recent back to back sold out nights at the Minnesota Orchestra Hall and Lincoln Center’s American Songbook Series. To stay up-to-date with Cloud Cult please visit www.cloudcult.com.