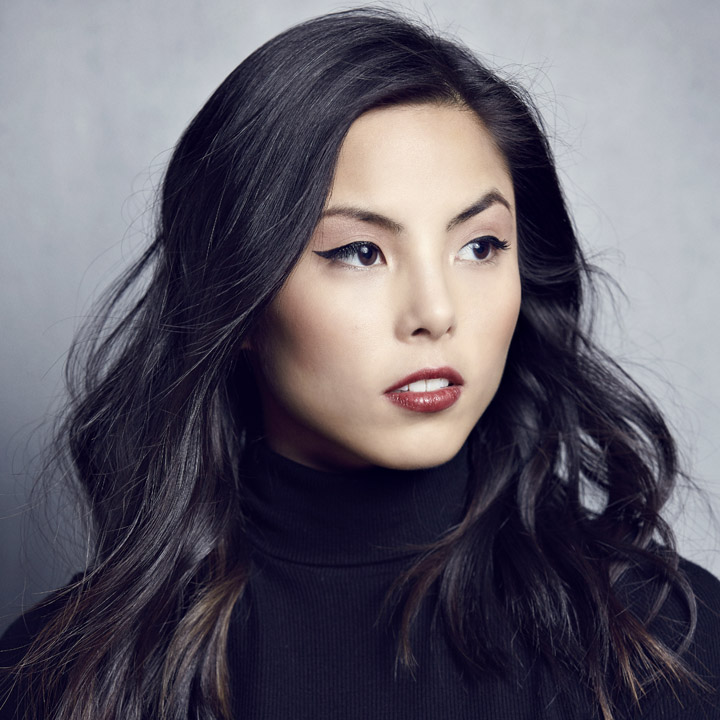 On her debut album Casualty, Anna Akana takes an unapologetic and uncompromising look at all the battles she’s faced throughout her life, from depression to abuse to toxic relationships. But with the same unstoppable spirit and magnetic presence she’s shown in her self-driven career as an actress, producer, filmmaker, and writer -- as well as a social media superstar whose YouTube channel boasts over 2.5 million subscribers -- Akana turns all that pain into a message of strength and self-empowerment.

As shown in her irresistibly powerful songwriting, Casualty is the outcome of Akana’s lifelong and unwavering devotion to music. With no limits to her artistry, she’s honed her sophisticated musicality while forging an astoundingly multifaceted career in nearly all corners of the entertainment industry.

“The album’s called Casualty because even though terrible things can happen to you, you always have the power to transform yourself through those hardships,” says Anna. “You have the choice to be a victim, or to learn and grow and make the situation serve you in some way. So while the songs are all about heartbreak, the album is really about overcoming.”

Made with Jenga Productions (Nicci Funicelli, Shayon Daniels), Casualty sets that emotional outpouring to a high-impact sound merging the addictive melodies of pop, shapeshifting rhythms of electronic music, and raw passion of rock. Throughout the album, Anna takes on everything from soaring anthems to high-energy dance tracks to delicate ballads, building off the musical skills she’s long shown in playing acoustic guitar as part of her stand-up act. At the same time, the LA-based artist reveals a whole new side of her voice, delivering each lyric with a bold vulnerability that’s endlessly riveting.

With its dynamic beats, fierce guitar riffs, and graceful piano melodies, the standout single “Intervention” fully embodies Casualty’s emotional and sonic complexity. As Anna explains, the moody and hypnotic track came from addressing her personal struggles with alcohol. “I realized a while ago that even though my problem wasn’t severe, I did need to improve my boundaries with drinking,” she says. “‘Intervention’ was born from a place of taking responsibility for myself.”

In 2011, Anna started a YouTube channel featuring her semi-autobiographical short films and sketches, and soon found breakout success as writer and star of the digital series Riley Rewind. Along with appearing in blockbuster movies like Ant-Man, she’s also landed recurring roles on shows like Comedy Central’s Corporate, launched a second digital series (Miss 2059), and served as the star and executive producer for YouTube Red’s Emmy-nominated Youth & Consequences. In addition, Akana made her debut as an author with the 2017 book So Much I Want to Tell You: Letters to My Little Sister, a Random House/Ballantine title now in development with Warner Bros. for series adaptation.

As she gears up for the release of Casualty, Anna Akana is tapping into her filmmaking ingenuity to create videos for each of the album’s 13 tracks. She’s also developing her captivating live show, which adds yet another dimension to her indomitable talent. “The shows I’ve done so far have felt so cathartic, which is how I hope it feels for the audience too,” says Akana. “I want people to take my songs and project their own lives onto them and know that they’re not alone in whatever heartache they’re going through.”