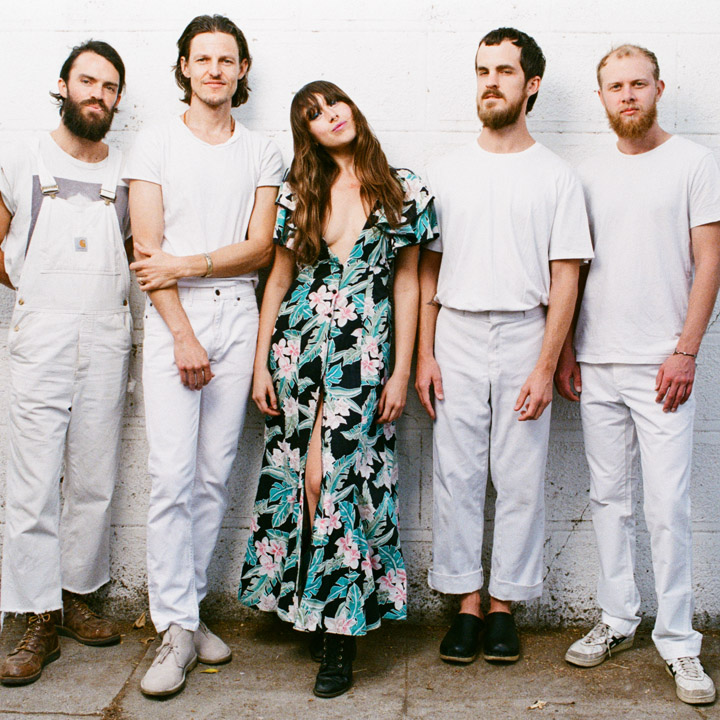 Amo Amo formed in June 2017 when a group of dear friends -- Omar Velasco, Love Femme, Justin Flint, Shane Mckillop and Alex Siegel -- got together for an impromptu session in Los Angeles with Jim James (My Morning Jacket). There had been a premonition that the five of them shared a sort of psychic bond that would lead to a revelation in sound. James proved the right ferryman to take them across the creative river to where the revelatory, mystic moment awaited. Five months later, after a month-long recording retreat with Jim in an old house in central California's countryside, Amo Amo emerged with a collection of songs full of soul and magic.

In the past 2 years, the world has begun to fall under the spell of Amo Amo's magical sound. Legendary mastering engineer Bob Ludwig says "I really love these songs, they are stand outs of the past year for me... Amo Amo has made a very special album." Jenny Eliscu (Rolling Stone, Sirius XM) says "Rarely do I come across a new band with as strong a sense of self-identity as Amo Amo... their live show is ecstatic." Both KCRW and KCSN, Los Angeles' tastemaker radio stations, have played Amo Amo's first two singles in heavy rotation, and they've racked up nearly 3 million plays on Spotify. Their collaboration with Poolside was Rolling Stone’s “Song You Need to Know.” And speaking of their live show, Amo Amo has been making waves -- sharing the stage with Karen O & Danger Mouse, and opening for the likes of Poolside, Jonathan Wilson, Hailu Mergia, and Tropicalia legends Os Mutantes. You will not see a crowd stand still at an Amo Amo show: people dance, it can't be helped.

Amo Amo released their debut album, produced by Jim James, in 2019 and supported him on his tour, opening up for My Morning Jacket at Red Rocks last August. They are not to be missed.