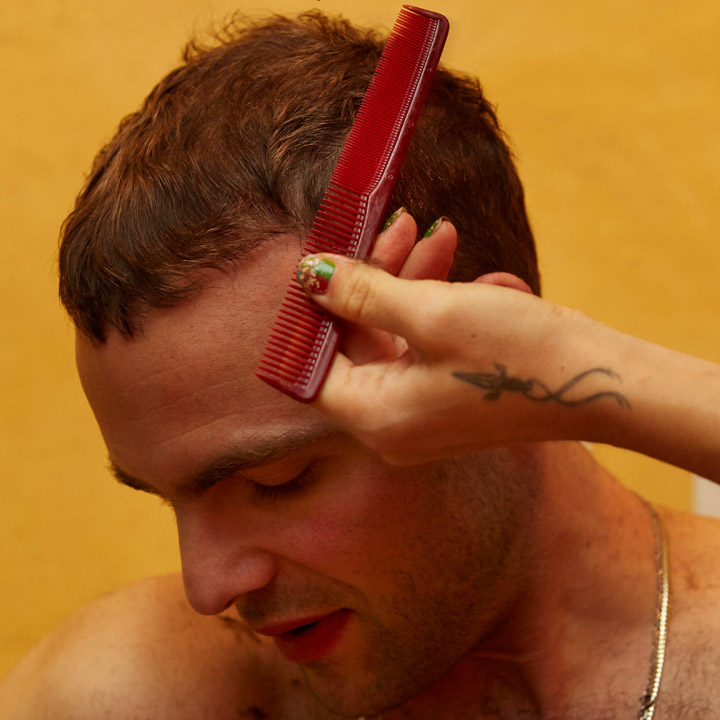 With every record, Damon McMahon aka Amen Dunes has transformed, and Freedom is the project’s boldest leap yet.

The first LP, D.I.A., was a gnarled underground classic, recorded and played completely by McMahon in a trailer in upstate New York over the course of a month and left as is. The fourth and most recent LP Love, a record that enlisted Godspeed! You Black Emperor as both producers and backing band (along with an additional motley crew including Elias Bender Rønnenfelt of Iceage and Colin Stetson), featured songs confidently far removed from the damaged drug pop of Amen Dunes’ trailer-park origins.

Love took two years to make. Freedom took three. The first iteration of the album was recorded in 2016 following a year of writing in Lisbon and NYC, but it was scrapped completely. Uncertain how to move forward, McMahon brought in a powerful set of collaborators and old friends, and began anew. Along with his core band members, including Jordi Wheeler on keyboards and Parker Kindred (Antony & The Johnsons, Jeff Buckley) on drums, came Chris Coady (Beach House) as producer and Delicate Steve on guitars. This is the first Amen Dunes record that looks back to the electronic influences of McMahon’s youth with the aid of revered underground musician Panoram from Rome. McMahon discovered Panoram’s music in a shop in London and became enamored. Following this the two became friends and here Panoram finds his place as a significant, if subtle, contributor to the record.

The bulk of the songs were recorded at the famed Electric Lady Studios in NYC (home of Jimi Hendrix, AC/DC, D’Angelo), and finished at the similarly legendary Sunset Sound in L.A., where McMahon, Nick Zinner, and session bass player extraordinaire Gus Seyffert (Beck, Bedouine) fleshed out the recordings.

On the surface, Freedom is a reflection on growing up, childhood friends who ended up in prison or worse, male identity, McMahon’s father, and his mother, who was diagnosed with terminal cancer at the beginning of recording.

The characters that populate the musical world of Freedom are a colourful mix of reality and fantasy: father and mother, Amen Dunes, teenage glue addicts and Parisian drug dealers, ghosts above the plains, fallen surf heroes, vampires, thugs from Naples and thugs from Houston, the emperor of Rome, Jews, Jesus, Tashtego, Perseus, even McMahon himself. Each character portrait is a representation of McMahon, of masculinity, and of his past.

Yet, if anything, these 11 songs are a relinquishing of all of them through exposition; a gradual reorientation of being away from the acquired definitions of self we all cling to and towards something closer to what's stated in the Agnes Martin quote that opens the record, “I don’t have any ideas myself; I have a vacant mind” and in the swirling, pitched down utterances of “That's all not me” that close it.

The music, as a response or even a solution to the album's darker themes, is tough and joyous, rhythmic and danceable; a true NYC street record.

It’s a sound never heard before on an Amen Dunes record, but one that was always asking to emerge. “Blue Rose” and “Calling Paul the Suffering” are pure, ecstatic dance songs. “Skipping School” and “Miki Dora” are incantations of a mythical heroic maleness and its illusions. “Freedom” and “Believe” offer a street tough’s future-gospel exhalation, and the funk-grime grit of “L.A.” closes the album, projecting a musical hint of things to come.