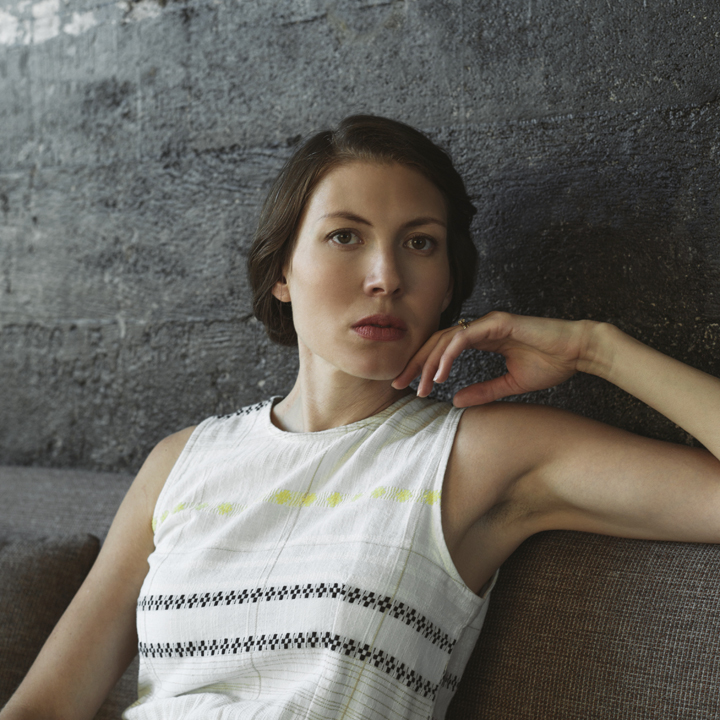 Alela Diane returns with new album Cusp, the long-awaited follow up to 2013’s critically-acclaimed About Farewell (AllPoints, formerly Believe Recordings). Whilst both albums could be described as born of love, Cusp is perhaps love at its purest, and most complex - for in music, one of the most transformative experiences a woman can have is also an unspoken artistic taboo: Have a baby if you must. But for goodness’ sake, don’t write songs about it.  Portland, Oregon based singer-songwriter Alela Diane has a problem with that.

“This music is about motherhood,” Alela says of Cusp. “Even just by saying that, it feels like people will write you off. As women, our music is sold based on our sex-appeal. There’s a lack of spaces for women to move into that aren’t based on appearance. Those are conversations I’m interested in having.”

Cusp was written in January 2016 in a small cabin deep within snowy woods where Alela resided during a three-week artist residency at Caldera, Oregan, alone for the first time since becoming a mother. A broken thumbnail resulted in Alela’s signature finger-plucking being replaced by songwriting on a grand piano, resulting in the most piano driven album of her career, fueled by that energy that only comes with facing and falling in love with something new.

Cusp explores the weight and beauty of creating life, with Alela refusing to stray from her perspective as a mother and woman. Haunting first single ‘Émigré’ (out toady via AllPoints) was penned in response to the international refugee crisis, triggered by the drowned Syrian toddler who washed up on a Turkish shore. As Alela expands;

"I wrote ‘Émigré’ to process the tragedy of the refugee crisis through the lens of motherhood.  It was written after I saw the photograph of 3 year old Aylan Kurdi washed up on the beach of Turkey.  My own daughter was about his age at the time, and it hit close to home, as it did so many others.  the chorus sings:  "Seabirds fly the salty wind, North to South - East to West, Can we go, as they go, across the borderlines?”

Album track ‘Albatross’ bemoans the pain of leaving her daughter behind for a promotional tour - a heartache she’d never experienced; ‘Song for Sandy’ was written for British singer Sandy Denny who died shortly after the birth of her daughter; and the moody ‘Never Easy’ tackles Alela’s complex relationship with her own mother, a recurring theme throughout her albums.

The weekend that Cusp was mixed in Los Angeles, Alela went into labor early causing severe complications with Alela almost dying during childbirth. “I have never felt so grateful to be alive as I do now,” she says. “I hope that by exploring motherhood in song, I can help demand respect for the life givers we are. Talking and singing about the experience of motherhood is not something I can shy away from. It is the essence of who we are as human beings. This album is my version of women’s work.”

When Alela releases Cusp in February 2018, it will mark exactly one year since her near-death, new-life experience. “Life and death meet in a cusp,” Alela says. “The two are intrinsically linked. My second daughter was born on the cusp.”