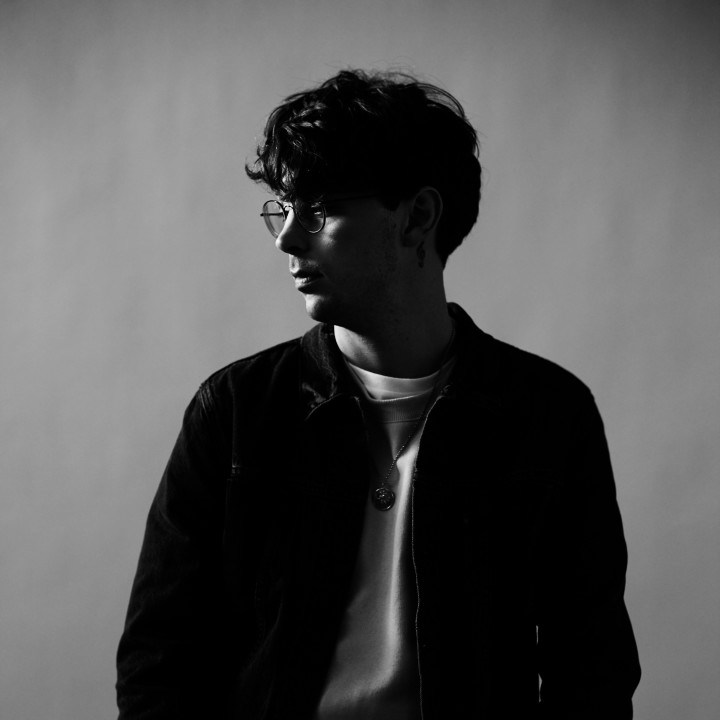 When you distill the breathtaking songs of Sweden's Albin Lee Meldau down to their essence, you'll arrive at the man's motivation: "Storytelling," says the 29-year-old Gothenburg native. "That's what will matter in the long run. If I achieve that, I'm happy. Anyone can sing." First and foremost, Albin considers himself a musical journalist who not only documents what he feels, but also what he sees. But before you discover his gift for weaving emotion, detail and humanity into a unique blend of classic soul and modern pop production, you will hear his voice and be bowled over. Maybe anyone can sing, but as NPR writes, "Few singers can command an audience's attention quite like Albin Lee Meldau. His voice is breathtaking, soulful, thunderous and impossible to ignore."

Indeed, on Albin's debut album About You, those pipes of his connect a rich history of rhythm and blues -- Al Green, Van Morrison -- to contemporary innovators like James Blake, Sam Smith and Hozier. Actually the music does that too, swelling from spare guitar or piano-backed ballads, to Ronson-like mashups of hip-hop beats and sweeping strings, to hands-in-the-air soul-soaked dance-pop. That's no doubt got a bit to do with Albin's collaborators: writers like Jimmy Napes (Sam Smith, Disclosure), DJ Khalil (Anderson .Paak), and Neil Ormandy (James Arthur), plus producers Bastian Langebaek (Jessie Ware, Jack Garratt) and Jamie Scott (Rag'n'Bone Man, Ed Sheeran).

But lest you assume such a who's who would sway a young artist from his mission, consider the fact that the haunting, unadorned song which introduced him to the world in 2015, "Lou Lou," is perfectly at home on About You. And that's where we come back to the storytelling: Just as that tune documents heartache as a woman close to Albin succumbs to madness, its neighboring songs are deeply poignant. "They're little novels about life from a man who's heartbroken, who's had his problems, who is weird," says Albin. "It's a breakup record and the start of something else." You'll find hurt here, sure, but also hope, empowering kiss-offs, and curious encounters.

Perspective and voice like his don't just appear one day. Albin's parents are both musicians -- his mother Annika Blennerhed was a successful Swedish jazz and folk-rock singer in the '70s and '80s, and his father Max Meldau dabbled in punk and new wave back in London. The pair divorced when Albin was 2, so he split time between Gothenburg where his dad was a stage lighting director, and the seaside suburbs where his mom taught music. In town, he'd fantasize about becoming a performer while exploring the recesses of the theater. On mom's watch, he'd take trumpet lessons and sing in choir, though only "to get mopeds and computers and stuff."

Albin was, in his own words, "a horrible kid. I did everything you shouldn't do. Drink and take drugs and steal and fight and get arrested. I changed schools every year. I was very annoying." The upside, though, is that he'd already lived a few lives by the time he gave up on becoming a footballer and got serious about music. Sure, there was the band he started at 12 that covered the Beatles, the Stones, and, um Rage. And at 17 he dropped out only to work at McDonald's. But by 21, he'd form an honest-to-god, rip-roaring soul band called the Magnolia. "There was no scene for Otis Redding-style soul in Gothenburg so we made our own. We played everywhere."

The residue of that era is all over About You from the romantic Sam Cooke swing of "Til the Sun Comes Up Again" to the choir-backed "Same Boat," which connects one lovelorn man's pain to the yearning coursing through us all. Albin made a name with the Magnolia, so he began to play solo at bars and parties, weddings and funerals. He busked too, often making hundreds of dollars in a day. The "Lou Lou" demo earned him an EP, Lovers, produced by Björn Ylttling (of Peter Bjorn and John), which resulted in a contract with Astralwerks, but no one expected the song to explode so massively on Spotify, quickly hitting No. 1 on the Viral 50 in five countries.

The video for "Lou Lou -- and "Bloodshot" from 2017's Bloodshot EP -- shines light on Albin's songwriting. In each visual, he floats through scenes as they unfold, narrator of his own troubled tales. He takes that tack here on "Singoalla," where he shares the lows and highs of an attempt to purchase hash in Spain, and the jaunty "6th Street" which finds Albin writing from the midst of a stampede at SXSW. He also toys with sonic contrast throughout About You. Take the single "The Weight Is Gone," an upbeat cut about "how love can feel like a curse," explains Albin. Or the easy lilt of the title song, which is about realizing you love someone more than they do you.

While there are some intensely sobering moments on About You -- like the dark opener "Before & After" -- the album is perhaps best represented by its forays into uncharted aural territories. "I Need Your Love," cowritten by Neff-U (Dr. Dre, Justin Bieber) flirts with the pulse of house music while "Bounce" uses luxurious disco-era violins to enhance the drama of pounding drums and a fluttering falsetto. The hook of "I Beg" is in a category of its own -- a raucous pile of chiming keys and blaring horns that's loud and infectious and endlessly grooving. "My old music was stripped back, minimalistic," says Albin. "It was 'less.' I wanted 'more' for this LP -- more of everything."

After a listen, it's not hard to imagine how he's already been nominated for Best Newcomer at the 2017 Grammis (Sweden’s Grammy Awards). But, again, it's on that third play or so that Albin's storytelling shines through. Take "Try." If you catch only the first lines, it plays like a touching tribute to lifelong love: "When we're both gray and old / I beg of you open up my letters / Tell me stories about drinking wine / How we took you out to dinner, how you danced all night." Then it becomes clear he's daring a lover who left him to remember his dedication: "I ain't saying you should be alone for the rest of your life / but you ripped this heart out." Her loss is our gain as we lean in deeper to hear how the story ends.