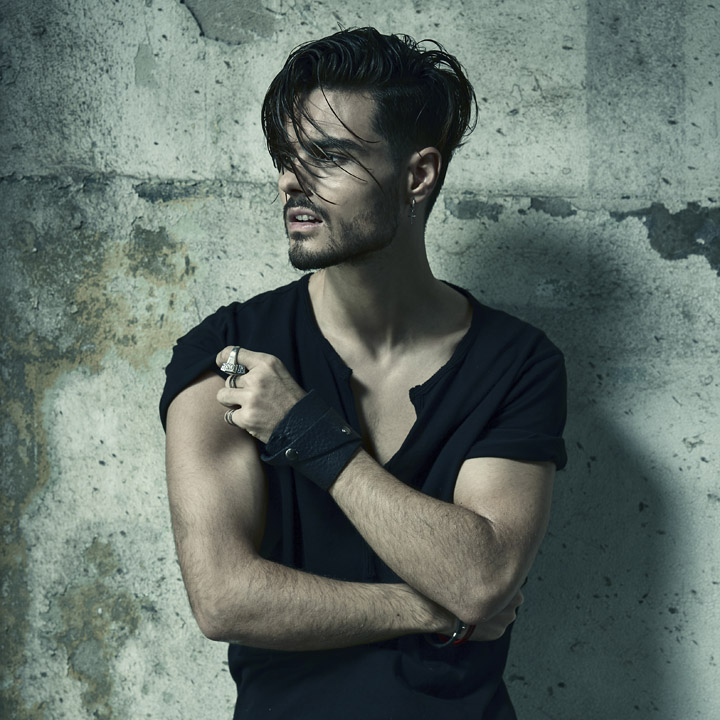 Abraham Mateo is more than a young promise; he is the Spanish artist with the biggest International impact in recent years. With a career that has consolidated for 11 years, today with only 19 years of age, he manifests himself as a versatile artist in areas such as interpretation, composition, and production. He is a viral star in the elite of Latin music, and influencer in trends and tastes of the Hispanic youth around Latin America, USA, and Europe; with more than 11 million subscribers in his social media, and 3 million subscribers in his VEVO/YouTube [where he accumulates more than 900 million reproductions].

From 2014 on, [after winning the award as Music Revelation at the age of 9, and in 2013 only 15 years old breaking records in Spain with his single "Señorita" as the video with the most views], Abraham Mateo has performed more than 80 concerts that were part of three successful tours in his native Spain. Additionally, famous sold-out venues are part of his repertoire, such as Palau Sant Jordi in Barcelona (17,000 people), Palacio de los Deportes in Madrid (16,000 people), as well as Latin American venues like Luna Park in Argentina (6,000 people), Auditorio Nacional in Mexico (10,000 people), Dominican Republic Festival Presidente (60,000 people), and Barrio Latino in Peru (25,000 people).

He has released three albums so far: AM (2013), Who I AM (2014) and Are You Ready (2015), all of them gold-certified in Spain (Who I AM and Are You Ready, during the first week after they were released). Who I AM is now platinum-certified in Spain, reached #1 position in sales in Mexico, and in 2016 included two CDs with remixes, collaborations, and unedited material. His albums -- written by Abraham himself -- have been produced in London and Los Angeles by some of the top-notch professionals in the music industry, who have also produced smash singles & albums by superstars like Beyoncé, Bruno Mars, Maroon 5, Ariana Grande or Rihanna.

Throughout 2017, Abraham Mateo dominated the popularity charts with his track, "Loco Enamorado" with Farruko and Christian Daniel, which was placed as the "Viral 50" track in 26 countries according to Spotify. Today, the record has received certifications -- 12X Platinum in Chile, 3X Platinum in Latin America, 2X Platinum in Spain, and Platinum in Mexico, in addition US Gold Record [RIAA] and Argentina. The music video exceeds 282 million views on YouTube.

The overwhelming success of "Loco Enamorado" was followed by the songs "Háblame Bajito," an explosive collaboration with the Anglo-Saxon artists, Austin Mahone and 50 Cent, and their most recent hit "Se Acabó El Amor" with Yandel and the Bronx diva, Jennifer Lopez, who in just two weeks accumulated more than 15 million views on YouTube, and currently has more than 100 million views on YouTube [July 2018].

Likewise, the artist performed at the Kids Choice Awards in Argentina, at the Latin American Music Awards [LAMAS] awards presented by the Telemundo network, stepped on Dominican soil at the legendary Festival, and returned in concert to Argentina, after five years, to perform at the Luna Park stadium.

2018 kicked off with great news for Abraham Mateo, after being nominated for the iHeart Radio Music Awards, on top of the success he currently is receiving with his latest single "Se Acabó El Amor," in which he had the opportunity to collaborate with Yandel and Jennifer Lopez, in the legendary film studios Universal Studios in Los Angeles. Recently, the record became double #1 on US radio.

Currently, Abraham just started his new tour "XIII Tour," which will reach several countries in Latin America, such as Mexico, Argentina, Peru, as well as Spain among others.