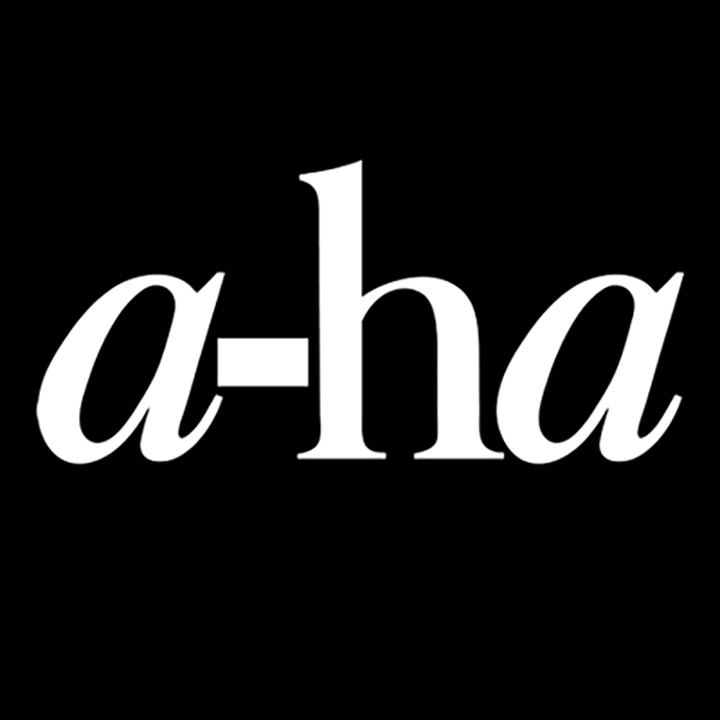 The news that a-ha will be performing their debut album Hunting High And Low live was unexpected. Magne Furuholmen, Morten Harket and Pål Waaktaar-Savoy have never been afraid of revisiting their collective past -- the MTV Unplugged tour in early 2018 more-than demonstrated that their songs could be given new settings and remain as impactful as ever. But taking on a whole album -- one so well known -- and staying faithful to its spirit is audacious.

Of course, a toe was dipped in this water in October 2010 when the album was performed just twice: first at Oslo's Konserthus and then at London's Royal Albert Hall on the 25th anniversary of "Take On Me" entering the British charts. Now, though, a-ha are marking the 35th anniversary of the release of the original version of "Take On Me" -- issued on 19 October 1984 to reputed sales of just 300 copies -- with a tour celebrating the single and the album which followed it.

"We played the full Hunting High And Low album live before and that was a great experience," says Pål, looking back on the pair of 2010 concerts and how he, Magne and Morten feel now. "There's not one song on that album that we're not looking forward to playing live. We had done quite a few versions of the songs before recording the actual album and they all contain great bits and cool ideas which will be nice to incorporate into the new show."

"Recording Hunting High And Low was such a defining moment and an exciting time in our career and joint collaboration," stresses Magne. "So revisiting this body of work now -- more than 30 years later -- feels like inspiration rather than obligation. I just need to dust off the old synths a little..."

"With the song selection and the set in the album's running order, it will turn it into a totally different type of show to anything we have done before," adds Pål, saying a-ha also appreciate the tour will "pull your mind and mood back to when Hunting High And Low was made, which for us was a time when we were living in the same tiny apartment in London and working on the songs 24/7. By when the album was finally released it had been a long and bumpy ride, and we poured all our ambitions into the record as if it would be our one and only shot."

As Pål admits, a-ha's road to Hunting High And Low was full of twists and turns. Despite the band's self-belief, there was never any certainty of success. If their label had not allowed to them to re-record "Take On Me" and then make the new version which became the global hit, that may have been that. Nothing was cut and dried.

The fresh "Take On Me" was released in the UK in April 1985 to little fanfare. In America, however, the single's profile was helped by a striking promotional video which was first seen on TV screens in May. The single was reissued in the UK during September and, finally, the British hit came. Hunting High And Low was in America's shops in June and in Britain's during October. a-ha had arrived. Two years earlier, the three members of a-ha were making demos on a four-track TEAC reel-to-reel tape recorder in a holiday cabin owned by Pål's family in Nærsnes, near Oslo.

Hunting High And Low's credits did not hide some of the twists and turns. The new "Take On Me" and "The Sun Always Shines On T.V." were produced by Alan Tarney. The album's "Love Is Reason" had a joint production credit of John Ratcliff and a-ha. The other seven tracks were produced by Tony Mansfield. Eight of the ten tracks were noted as having been remixed by John Ratcliff. Despite the various participants, the album articulated a clear, cohesive vision -- it couldn't fail to: the songs saw to that. But there in black and white was evidence for the final part of the "long and bumpy ride" referred to by Pål.

It began when Pål and Magne first arrived in London from Norway in 1982 to try and make their way in Britain's music business. They had left the band Bridges, whose other members did not want to take the chance on what seemed a doubtful adventure. After six months, Pål and Magne were back in their home country where, in September 1982, they united with Morten, the former singer of the soul-blues band Souldier Blue, to begin recording demos of a series of new songs as a-ha.

Morten and Pål came to London in January 1983 and a period of coming, going and regrouping followed. United in London late that March, the trio looked for a studio where they could record a new set of demos and found the South London set-up Rendezvous, which was run by John Ratcliff -- who quickly realised this was a band with potential. Enormous potential. They would sporadically record at Rendezvous from April 1983 to October 1984.

The pieces really started falling into place after a-ha played special showcases at Rendezvous in June 1983 for prospective record labels. The strategy proved a winner and they signed with Warner Brothers that December. Their new label teamed them with producer Tony Mansfield, with whom they recorded the first version of "Take On Me" and tracks for their prospective debut album. However, when the single was issued to almost-no sales, a rethink was needed. a-ha knew "Take On Me" was the right song, so British music business veteran Alan Tarney was brought in. Their new producer helped nail "Take On Me" by going back to feel of an earlier demo version. And with the assistance of that video...what came next is history.

From the sessions with Mansfield and Tarney, and with Ratcliff's input too, a-ha had what they needed for their debut album. Ten songs. Ten perfect songs capturing who they were and, to a large degree, still are. Ten songs marrying yearning melodies and drama: immediacy and intimacy.

Together, "Take On Me," "Train Of Thought," "Hunting High And Low," "The Blue Sky," "Living A Boy's Adventure Tale," "The Sun Always Shines On T.V.," "And You Tell Me," "Love Is Reason," "Dream Myself Alive" and "Here I Stand And Face The Rain" are more than a debut album. They are, as Pål confirms, ten songs which captured a-ha's heart and soul at this point. Yet there were no guarantees. Even when "Take On Me" took off, no one knew the band would be become established as one of the world's best and most-loved. The singles and album could have been one-offs

Looking into how Hunting High And Low evolved reveals that Magne, Morten and Pål must have unconsciously known that this was no fly-by-night undertaking. The songs went through changes, were reconfigured and re-recorded to get them just right. Indeed, "Take On Me" was originally titled "Lesson One" and had first been taped in Norway in late 1982. In Summer 1983, it was demoed at Rendezvous. Then it was recorded for release with Tony Mansfield and subsequently re-recorded with Alan Tarney.

Yes, there were uncertainties. But the pushing, the rethinking and the self-confidence ensured that a-ha would not have "one and only shot." When they play the album live in 2019, it is about more than revisiting ten favourite songs. It is also about tapping into the sense of adventure which brought a-ha to London, recognising that they have never stood still.

"Take On Me" and Hunting High And Low remain as vital as when they were recorded and released. The live shows will show why.