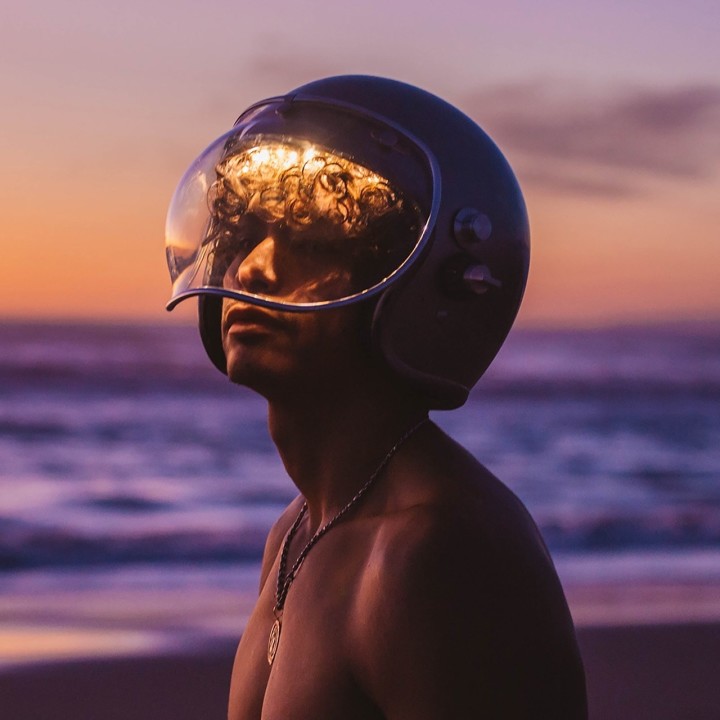 It’s undeniable that cross-cultural alliances and the advantages of streaming have paved the way for a more global musical landscape. Today, artists with bicultural experiences have played a huge part in the evolution of music. With the accessibility to create music that transcends borders and languages, singer-songwriter and producer A.CHAL is, to-date, one of the rising stars seamlessly blending his particular cultural influences with a variety of genres, while simultaneously creating his own space in the industry.

Born in Lima, Peru as a decent of Quechua and raised between the cities of Trujillo, Peru and Queens, New York, A.CHAL developed a unique sound. The first type of music he heard and fell in love with was a rich mixture of indigenous Andean music from his native country, which has a heavy influence on the way he lives his life. He describes himself as a spiritual person, one who seeks balance in his life, as his parents and culture have taught him. His music highlights this mission statement with a fusion of those indigenous sounds, modern trap-soul sonics, and the sounds he consumed growing up on the east coast of the U.S., where he admired icons such as DMX, the Diplomats, Lil Wayne, and Pharrell. He defies standard R&B tropes with a sleek voice, an eclectic sonic palette, and his ingenuity in speaking about emotions at their rawest form. His unique brand of music has caught the attention of some of the culture’s most notable purveyors, from Apple Music’s global creative director Zane Lowe, Berluti’s creative director Kris Van Assche, perfumer and founder of Byredo, Ben Gorham, and global Latin artists like J. Balvin and ROSALÍA.

At the age of 20, A.CHAL moved coasts, setting in Los Angeles where he put together what would become his first project, Ballroom Riots. Subsequently securing a publishing deal with Sony/ATV, he landed his first major songwriting and production placement with Jennifer Lopez. In 2016, he released his first full length project Welcome to Gazi independently, which garnered him attention from the likes of Drake’s OVO, Virgil Abloh and A$AP Rocky. By 2017, he earned his first RIAA Gold-certification for his single “Love n Hennessey” (a subsequent remix features 2 Chainz and Nicky Jam), taken from his acclaimed EP, ON GAZ. Substantial touring and critical acclaim followed, which led him into a partnership with Epic Records, which released his EXOTIGAZ EP at the end of 2018. Featuring his fasting growing single to-date, “000000,” and his first full Latin song, “La Dueña,” the project continued his sonic evolution. Along the way, A.CHAL received acclaim across the board, with outlets like Tidal naming him a “rising artist” and Forbes recently calling him “the emerging Latinx artist you won’t be able to ignore this year.”

These earlier projects and accolades showcased the aspirations of making it to where he is now; his major label debut studio album, due in 2020, explores the different emotional states throughout an artist’s transition in notoriety and is motivated by the sacrifices that come with success.

“In general, this album is about love within the space that I’m in right now, which is Hollywood. Most people come here to be famous, which is a different monster. It’s this concept of falling in love with that idea and the turmoil that goes with it. I’m exploring more of my romantic side, more of my perspective and what my life’s been like these last couple of years.”

The album takes listeners on a roller coaster ride through self-discovery, while exploring the concept of love and authenticity as being the key in navigating a path towards finding peace. The first song to be released from the album, “Pink Dust,” explores Rock undertones paired with his alluring vocals. Gravitating around the nascent feelings of fresh love, A.CHAL compares the beginnings of a romantic attachment to a drug, labeling the sensation “pink dust.”

A.CHAL co-produced the album mainly with Noel Zancanella (additional production is handled by names like Tainy) and recorded in the legendary Village recording studio, a space that hosted bands like The Red Hot Chilli Peppers, The Rolling Stones and Smashing Pumpkins. It incorporates elements of alternative and psychedelic Rock -- energy the singer credits Zancanella to for bringing to the table. Featured artists step into his world and adapt to the eclectic style of the record. On “Hollywood Love” featuring Gunna, he portrays disillusioned sentiments on love, fame, and Hollywood. He toys around with the theme falling in love with Hollywood and falling in love with becoming famous and wealthy. The album also makes space for songs like the song “Dirty Dancing,” a sexy blend of classic Spanish guitars fused with a hypnotic west coast bounce, punctuated by A.CHAL’s larger-than-life delivery.

“Dirty Dancing is definitely catered to the urban youth Latin-X scene bubbling in LA right now. This song is a club anthem both inspired by and for them.”

A.CHAL is never one to be boxed into any specific category. Throughout his quest for global recognition, he has embraced sounds that have rarely had space in Latin American mainstream music. His signature trap-soul sound infused with indigenous sounds and alternative undertones displays the evolution of his artistic development, one that will continue to evolve and connect with fans across all borders.