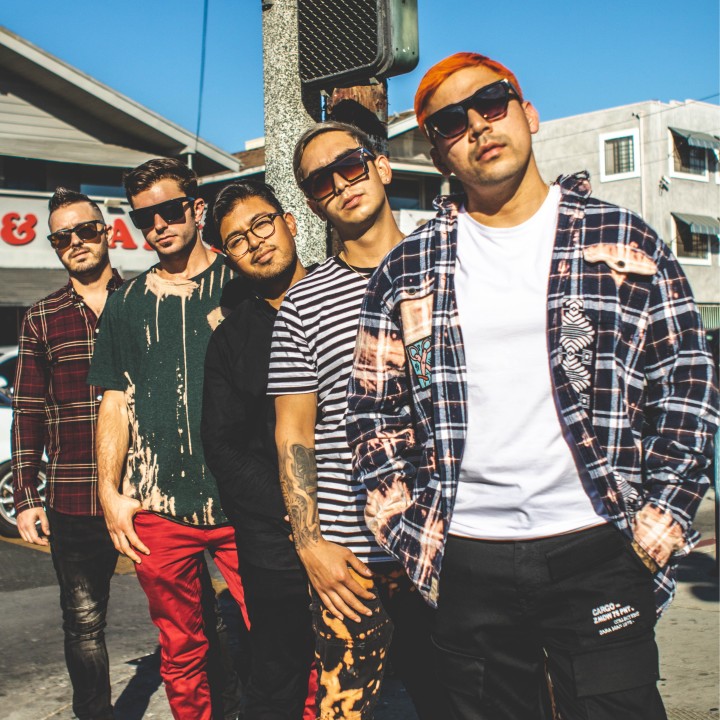 Long Beach, CA-based pop-reggae outfit 4th & Orange delivers a slice of California coastline to your speakers. Co-founded by longtime friends Garrett Douglas and Chris "DJ Irey" Garcia, the two merge inspiration from hometown heroes, Sublime, with their own individual style to craft 4th & Orange's specialized California-pop reggae sound. In Long Beach, the corner of 4th Street and Orange Avenue represents the place where Douglas' and DJ Irey's tumultuous, dark pasts opened the door to shed light on their future. It's where the veil of self-doubt lifted and they harnessed previous hardships to transform them into self-reliance.

Douglas and DJ Irey's friendship began during high school, where they found solace in music against the troubled background of both their home lives. Eventually they parted ways to forge their own paths in the music industry, Douglas moving on under the moniker Beach Boy and becoming a songwriter, and DJ Irey moving on as a successful producer. When their paths crossed again in early 2019, they took their decade of industry experience and put their creative energy into a project all their own.

"The goal of our music is to bring light to others in dark situations," says Douglas. "Both Iry and I came from a rough past, but that's how we connected and created 4th & Orange. Our music reminds others that in the dark you can be the light."

The upcoming single from the SoCal group, "Girl Next Door," brings their quintessential reggae-pop vibe poolside as it's dropped just in time for summer. The track perfectly showcases Douglas and DJ Irey's storytelling type of songwriting -- bringing life to relatable circumstances. Set to be released on June 14th, the track was co-produced by DJ Flict (Sublime with Rome, Wiz Kalifa, Lauryn Hill) and Mark Pelli (Magic!, Chris Brown, J Cole).