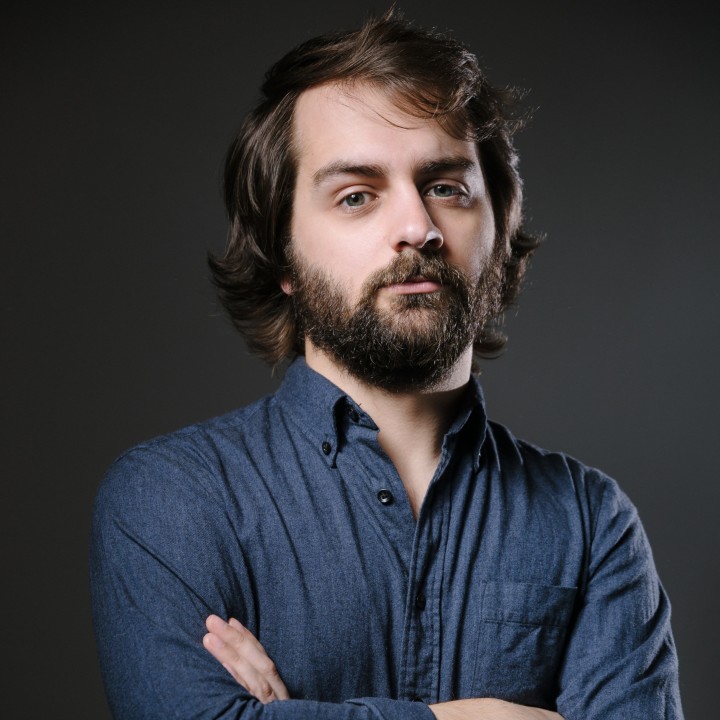 Joe is a stand-up from Pittsburgh, who started doing comedy in Chicago and now lives in Los Angeles. In 2017, he was chosen to be one of Comedy Central's "Up Next" Comics to Watch and his Comedy Central Stand-Up Presents half-hour special that aired November 8, 2019. Joe has performed on the nationally-syndicated public radio show Live Wire and has written for The Onion News Network, ClickHole, and MAD Magazine. On November 14, 2018, he released 31 videos in one day, a feat that garnered praise from Vulture and The A.V. Club. A select number of these sketches were compiled into a pilot called Kwaczala, which won "Best Late Night Series" at Seriesfest 2019 and was declared Funniest Show at Seriesfest by Paste Magazine. Years before, his independently-produced pilot Cowards won "Best Comedy Pilot" at the New York Television Festival and his subsequent web series for IFC Does Dave Know We're Here? was chosen as one of Paste Magazine's Best Internet Comedy Videos of 2015. Much to his embarrassment, Joe knows everything about the Rock and Roll Hall of Fame and has a podcast about it called Who Cares About The Rock Hall? Additionally, in 2020 Amazon Prime picked up 6 episodes of KWACAZALA a sketch show from Joe Kwaczala that has been streaming on Amazon Prime and the reviews have been comedic brilliance.